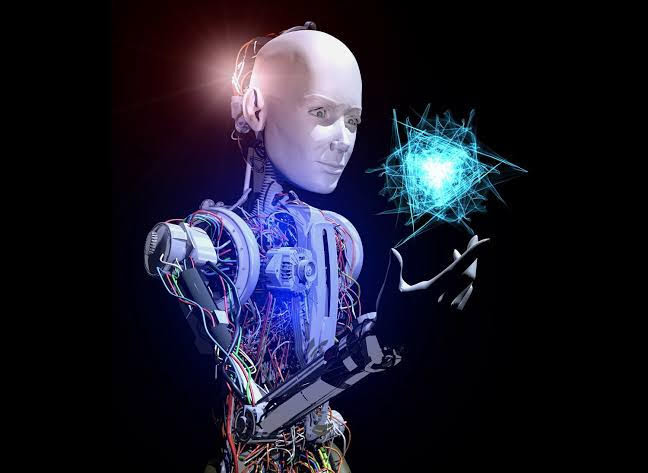 Are we heading into an era where every human will live as a code in a binary-driven society? Are we finally going to be able to live with loved ones forever beyond life known to man? How valid will “till death do us part” be? Are we going to have physiological needs in this life? Will we be physically alive in real life? Who will take care of us as human bodies in reality or codes within a server? Will we feel and endure emotions? Or will they be given to us in the system? How realistic are robot-ruling stories?

Artificially living in a ‘happy’ digital community may not be for the benefit of humanity.

Many sci-fi producers and writers theorize that we are heading into a ‘Black Mirror’ society, exaggerating observations as realistic technological advances that will renovate practical understanding. A small chip-like brain bud, attached to our temple, will migrate our mental stature into a machine that will automate a community where everyone is alive, well, young and happy, according to the i ndividual’s choice. Even past people will be involved, given they migrate their souls into the machine before passing, in the name of being able to live forever with loved ones in an ideal environment. Besides the routine, occasional social troubles, Mom calling you 3-6 times a day, the wife surveilling you, and seeing the same people every day, will, maybe, not drive you crazy in a system where emotions may not be codified. If someone goes insane in the system, given their mind is all that is remaining, what happens on code? Do they not go crazy because few buttons pushed by a programmer dictate how they should feel and act? Relating that to real life, it is close to impossible for a human’s sanity to live the same cycle every day without variation, internally or externally. Change is probably a benefit in order to maintain our rationality and intellectual presence as humans and mentally adapting species. It is part of human nature to face different kinds of pleasantries or conflicts on a daily basis, strengthening our rational comprehension as the dominant creatures in a changing world, and the only way to survive is to keep accommodating mentally and physically. If we are truly creating a catastrophe to our planet known as global warming, we should assimilate to those changes that are mostly manmade. As we are the ruling class on Earth, our purpose on this planet is far greater than living forever in an artificial system, even after death, which is inevitable. Humans are not purely heart and mind, but many more parts that may not be thoroughly justified scientifically. Soul and the relative energy, what would happen to them?

Optimizing life cannot be gained through a mentally stagnant environment. 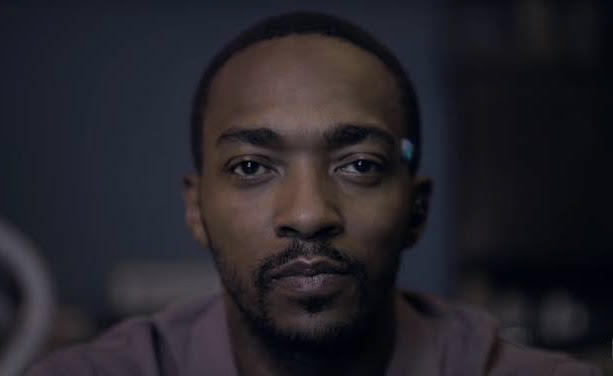 Environments proposed in the system focus mainly on favorable circumstances without regard to the importance of conflicts. Psychologically, our very complex oriented brains bring together a multitude of functions in the neural network, and a part of it is conflict resolution that is vital to mental maturity and behaving normally. Humans have limits where the median of everything is optimal— having your vitamins and minerals at the middle ranges, making sure your glucose levels are in the middle, sleeping and working for a median amount of hours per day, being at our best when reaching a certain middle adulthood age, and experiencing a settled life where a notable percentage of it is about facing conflicts and resolving them. The crucial point here is regarding our evolution as humans and the development of our mental processing that will seemingly become stagnant and filled with an artificially cheerful life. According to “The Human Intelligence is at Risk from Perpetual Development and Ever-increasing Speed,” as we are already surrounded by rapid technological advances and machines that simplified our mental functions and roles by majorly depending on them and their high speed, even if we are the ones who discovered these innovations and gave artificial intelligence more value than the human intellect that is available extensively around the world, the development of such a system will yield a substantial payback in terms of human devolution, de-intelligence, and shrinking of mankind.
Our purpose in this system will become only about living digitally, neglecting a significant objective relative to humans’ growth, which is flourishing. Humans’ role on this planet is also to thrive and continue improving, growing the population through normal biological means, and expanding our ability to maintain the livelihoods of all species around us. Mental stagnancy leads to a robotized way of life where the operators of the system can eventually control. Individuals with acute mental disabilities frequently face a similar level of mental stagnancy, given that they are no longer able to process multiple processes at the same moment. This may be the condition of individuals within this system.

Tech giants will have ultimate control over the fate of humans in and out of the system. 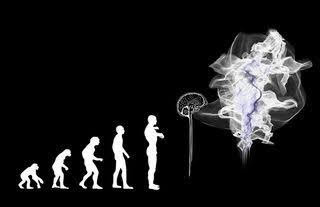 Individuals agreeing to this kind of evolution in technology should understand that their privacy may be invaded entirely. Employees of the running company, or machine, maintaining the system, will have full power over the digital community. Programmers have the authority given they are the ones who “coded” this environment and fully understand its extent. As explained in “Single Thinking is a Theory More than Reality in an Ongoing Big Brother World,” Technology became the ultimate means for control and surveillance that powerful entities and governments worldwide utilize to their advantage. Thus, if an individual inside the system show traits that rebel, contradict, or simply go against those entities’ missions or values, influencing others to rise, who knows what they can do with a single click. The means of controlling people is not through totalitarian acts, but by showing you the liberate and democratic ways for very vague and ambiguous ends. Is this what George Orwell warned us about all along? Is this the ultimate Big Brother depiction in “Super Control” of human lives?

According to a study on the organizations that will become key and vital to either the human race prosperity or its extinction, people find that tech giants, who are dividing monopolies from different industries among themselves in today’s COVID environment, will have a great deal in paving the roads for humanity in the name of successful development. As we all are humans with death being a certainty, organizations are considered to live indefinitely. These organizations that are devising strategies for many years seem to close in on an everlasting, intelligent, and “artificial” being that has the ability to run small to complex operations in the blink of an eye. When the time comes where the decision-makers of these tech giants are replaced by some very advanced AI supercomputers with high levels of aptitude, living endlessly by a legal entity will become real, and strategies can live on continually. These, or this, AI will have access to all people’s information around the world and continue to learn about their habits and behaviors in the “happy” environment system in order to reflect on the people still alive in the real environment. Quantum supremacy, This scenario of an era is probably closer than we could imagine. 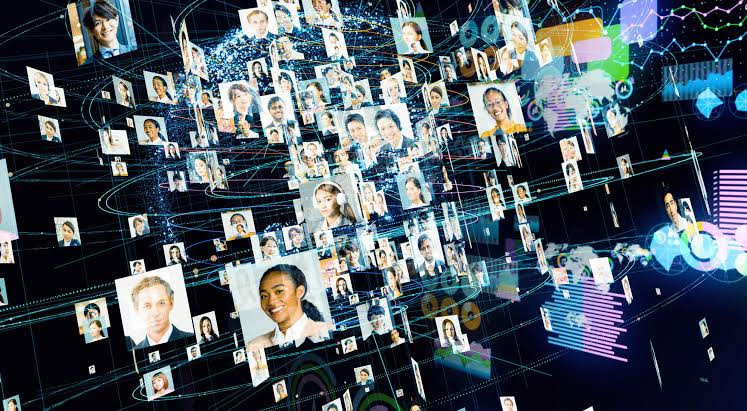 According to writers and future novelists, the vast possibility of these machines advancing and adapting will most likely lead the humans to serve them under tech-driven totalitarianism where robots and their creators are the prime species, and we are only secondary to their dominance. The marketing of AI and its potential is so vast to the extent that uneducated individuals perceive it to have god-like abilities. However amusing these advertisements are, they seem one-sided overlooking few societal constraints and machine limitations. Reliability may be inaccurate or imprecise, given that it will undergo hefty and very essential tasks, but require full-fledged teams around the clock simply to maintain it. Security and privacy may be abused, given that it will have the role of ensuring the safety of the general population, but at the same time will use data mining and identity recognitions to retrieve any and all sorts of data and records, including people, swiftly. This machine, should they proceed with the temple-chip program, will most definitely be destructive to the growth of humans on a historic scale. We need to inquire about a topic that is both apparent and hidden, are there plans designed for robots to replace humans as the superior being on Earth?

Social unacceptance vs. political plans for this kind of system.

According to a simulation on people’s acceptance of a post-life almost entirely controlled by an intelligent machine and advanced programming crew, individuals with higher degrees of education from a judicial point of view disbelieve the continuance of such a fantasy that can be the end of humanity, as the majority of the population disapprove of this kind of disruption and control. Individuals with lower levels of education emphasize the beauty of this work that may allow them to live forever in a happy environment, not needing to focus on life’s negative traits. This group most probably ignored that there already is an existing post-life that is very pleasing for those who are good in this life. From a social point of view, such a system cannot be progressed smoothly since it will create large imbalances between original and artificial lives. Politically, and according to the will of certain bodies, it is a plan to be executed.
How significant can this be given it will most probably crash with our plans for Mars and extraterritoriality? If we all get chipped, who and what is the percentage of humans or machines that will dedicate their lives to maintain the system to run smoothly and “righteously?” Is this purgatory turned binary, or real happiness lasting until technology takes a turn for the worse? Are AI quantum supercomputers going to be freedom fighters or captivity dictators? Let’s analyze.