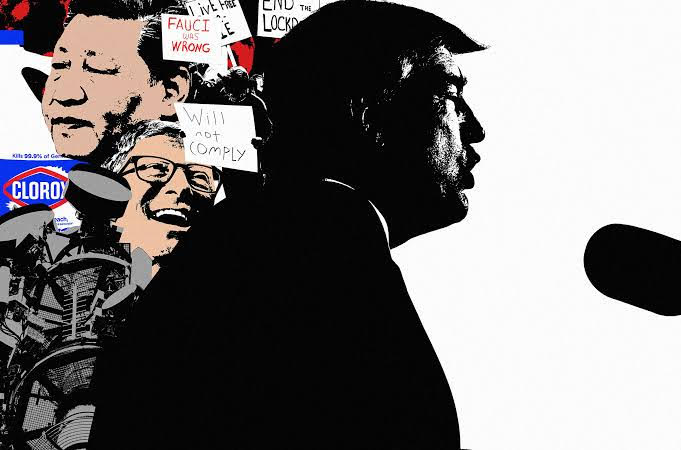 To what extent are novel theories about COVID’s alleged conspiracy going to surface? Are people basing their hypotheses on factual and proven evidence? Or mere superficial observations? How certain can a conspiracy become given a large number of these theories are being fabricated? Can one of them be true? Is a conspiracy’s actuality based on the number of individuals supporting it?

COVID has been the popular topic of “deceptive strategies” 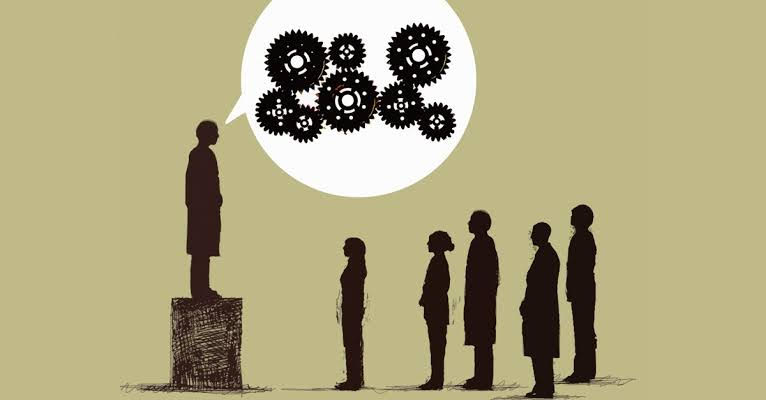 The coronavirus has been well known in the year 2020 to be the target of conspiracies. Proving them may be difficult given that the rapid outbreak between countries is the opposite goal of reviving an economy. If it was truly created as a biological weapon or a thinning cause by secret governments, all evidence to prove this allegation could be classified, redacted, or shredded from existence. According to analysts, Taking down a secret government requires a bigger, stronger, or smarter secret government. One thing we’ve learned from our experience with politics, whenever there is an event where a large number of people are affected, whether displayed as force majeure or humanmade, we should look at the parties that benefit, politically or economically. Major players fighting against COVID, as well as financially profiting, are pharmaceutical companies, medical equipment manufacturers, research labs, banking institutions, and healthcare providers. No wonder 3M masks ran out of stock as soon as the outbreak became an epidemic, with the supply constraining on specific countries, and the secondary market was leaping their prices considerably as a response. These players found tremendous growth in demand, so a price surge was the only viable option to make use of the new equilibrium.

Banking institutions saw a significant increase in demand for loans from financially drowning or liquidating bodies, whether private individuals, legal entities, or governments, where the payback may be tough. It can also be said that governments may benefit in the long term in savings rather than earnings through a “reduction in the social aid budget”, according to government sources from developed nations, for the ‘elderly and chronically ill’ population. Self-sustaining parties who are not majorly affected were not the prime target of the pandemic. Disintegrated countries who thrive on self-sufficiency found enormous pressure on their economic wellbeing from a macroeconomic perspective, given that their standards of living are not majorly constrained to imports or international trade with foreign countries. In Turkey, the Turkish lira in the past few months has devalued by almost 20% in comparison to the dollar and other currencies from developed countries, which were increasing in value due to higher agreements of integration, globalized stimulation of economies, reliability on international trade, and presumed “safer” long term investments than other world countries throughout the pandemic.

Conspiracies coming to life due to the simplicity of social media 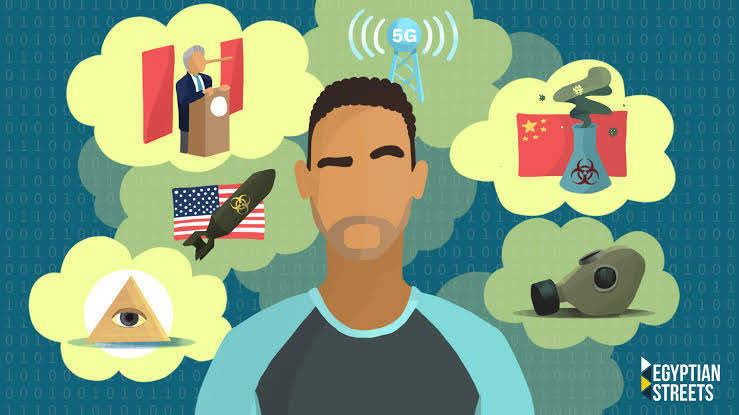 Self-sufficient countries, even if they are strictly undergoing WHO guidelines and safety protocols on the outbreak, may have a more difficult time trusting developed nations in the essence of such a pandemic. Just by surfing newspapers and news channels, they all seem to present new theories of conspiracy published on the social platforms of the internet. The amount of plots surfacing is quite significant to the extent that they may seem to be purposely manufactured to be false, yet few are gaining some desired popularity. The larger the amount of false news surrounding one idea, even if the concept is true in reality, the weaker it may seem to the public, thus eradicating the idea from the public‘s thinking. From 5G cell towers to face masks to Bill Gates to an 80s book to Contagion to a Korean TV show to Anthony Fauci, and many more coming, we may furthermore disregard the thought as a part of our advanced natural and scientific knowledge. However, would this anyway mean that the idea is untrue? Or more strongly emphasize its reality?

As explained in “Renovating Social Media to What’s Necessary for Tomorrow”, given that anyone on social media can speak their mind, fabricated and illogical news are the first outcomes in such times. Statements are easily publicized between users of different geographies and expertise, speculating the good and the bad based on personal experience. When officials of a single developed country are not in accord with the necessary steps taken to target such an event, individuals begin to worry. First-hand news from the source, social media identifies divisions or assimilations between bodies with similar objectives. It allowed individuals to become independent newscasters, accepting whichever story that appeals to them and disregarding the news that retracts them, most often crossing the necessary line in freedom of speech, promoting and mixing propaganda and biased perspectives with actual and valuable news.

Influential individuals on social media can set the agendas for a large group of people in matters such as COVID due to the exponential increase in conflicting expert evaluations and perspectives on the event. The high volume of followers retained by those influencers is the primary reason for a quick word of mouth dissemination on this particular issue. Due to the “trending” aspect of the hearsay, unqualified individuals start to analyze the issues respectively, most often without evidence or justifiable grounds, in order to gain more social popularity from people with similar points of view who are looking for answers. Hence the rise in the creation of the coronavirus baseless conspiracy theories. Should social media giants innovate a feature that limits unqualified people’s input on more advanced subjects, such as science, politics, economics, medicine, and criminology, so to control the spread of fabricated, false, or unqualified interpretations?

The power wielded by one man against a near-invisible enemy 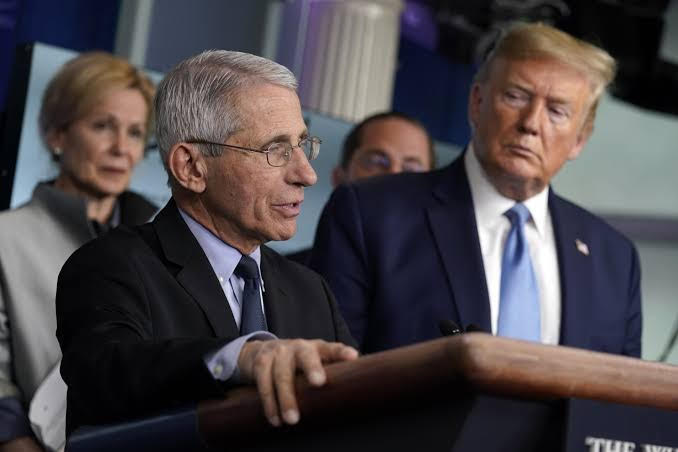 Dr. Anthony Fauci seems to be quite the character with a large fan base that believes he is the man against COVID. He used to lead this fight from the White House with fellow President Trump, until the surely-coming fall out of course; yet, he does not seem quite happy about reopening the country a few months ago, claiming the outcome of a second wave, which did arrive vigorously. His remarks of not quite having the outbreak under control continue to maintain panic within households, with a bit of precaution. His warning signs and predictions of a “surprise outbreak” and an inevitable “perpetual challenge” to come during the Trump administration three years ago can be suspicious to the very least. Is it true that through accurate analysis, a precise timeline of deadly nanoscopic creatures can be projected to surface and spread around the world with worrying effects? Does the virus have specific schedules to surface? Or was Wuhan’s wet market predicted to produce bat-mixed food for consumption in December of 2019? According to a simulation on research scientists in the field of infectious diseases from developing countries, it is “scientifically remarkable” to be able to give an accurate timeframe on the release of an Earth-wide outbreak that often rolls out after introduction.

Given we have established that the plethora of conspiracy theories may invalidate, at a high confidence interval, the existence of the one true theory, chronological predictions of pandemic outbreaks are unique. As the director of the National Institute of Allergy and Infectious Disease for more than 35 years, continuously analyzing and predicting a sort of infectious outbreaks, Dr. Fauci wields considerable power in controlling and maintaining order from deadly biological beings. He is able to produce statements that can be trusted blindly by people, given the large followers base internationally, from everyday individuals to scientists and researchers. He cautiously outlines the belief of an effective vaccine against COVID-19, through his considerable analysis and risk statements.

Adding to that, Dr. Fauci is quite the pessimist, on the contrary of Trump’s social media character, to the situation of the outbreak through his continuous press releases that the virus is growing, and the pandemic will remain and thrive beyond the Fall of 2020. Before COVID-19, Dr. Fauci was not the most popular official, given his role was oriented towards confidentially advising US presidents on matters of biological infectious diseases. His current position as the “leader of the medical army vs. COVID” puts him in a unique social position internationally. But, is this position being exploited? Was he happy that not everyone believed his predictions from 2017? Is there an obvious cause to connect Dr. Fauci with the outbreak, directly or indirectly? He doesn’t seem the kind of a social figure accustomed to popularity, maintaining his prudence when individuals throw disbelief at his serious remarks, predictions, or projections around his area of expertise.