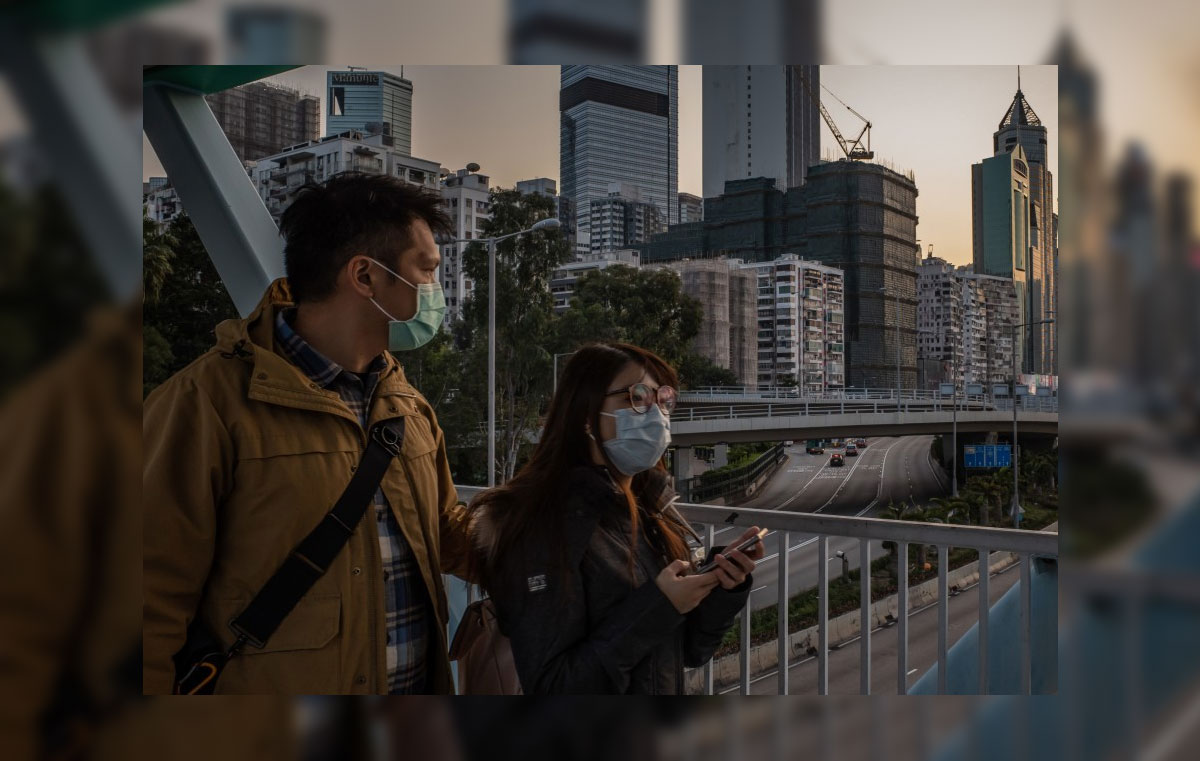 How are companies coping with the government-enforced change? Are the outbreak and riots part of the strategy? Are they able to continue operating without fear of jeopardizing standards of living? How many companies are liquidating in anticipation of bankruptcy? Are there certain eases offered by the government to help them during such difficult times? Are startups able to continue implementing their visions? Or did the world wake up to a new era of order and chaos as an aftermath of inadequate decisions?

COVID, riots, and consistent unrests affecting the economic and social order of the world 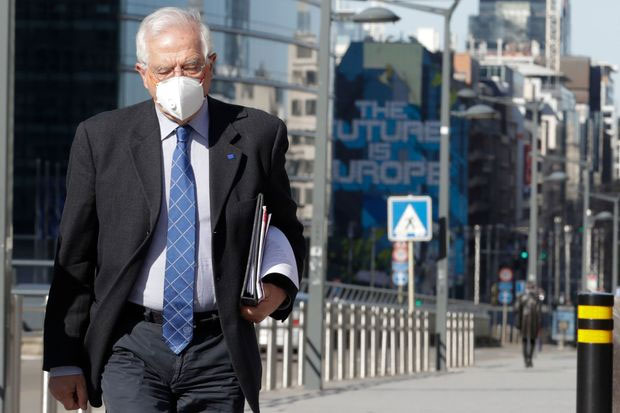 Taking certain precautions and following given guidelines have helped hinder the spread of the COVID and kept our families safe. However, at the same time, it had affected us economically. Employers who once were abundant in cash, are now facing their dooms. The feeding hands to numerous families are the ultimate target in a domino effect that ends in the reduction of living standards. Besides having world organizations speak out about the importance of maintaining the same amount of precautions today that we presumably adhered to previously from March to May 2020, protesters and human rights activists are ignoring these guidelines and pulling people to speak out at the latest movements.

In the USA, after the incident with George Floyd, an African American football player that was killed by a white policeman that did not utilize efficient policing guidelines in the matters of arresting and detainment, the aftermath of this hate crime categorized incident in the country is witnessing a reign of chaos socially where people are connecting this to the 1900s discrimination and bigotry, economically where companies and storefronts are being targeted as collateral, and healthily where these mass gatherings are enflaming the spread of the virus. If the governments were well prepared willfully for such a scenario, an outbreak such as COVID would have never had such a result. Having a “very” white president does no good for controlling the situation from any aspect besides using active-duty troops ahead of peaceful, equal rights protests.

This discrimination movement rippled through the world where certain other countries are appropriating its call, creating a hole in politics that cannot be filled with only wise words and empathy. Adapting to people’s needs may now become a more significant part of leadership in order to maintain stability and peace. In a world where the number of rights movements are increasing greatly, how are people from all classes going to stand back up? Is 2020 a dreaded year that will be denoted in history that started several political, social, economic, and health wildfires? Are capitalist countries going to focus more on the economy, or people’s well being? What’s more critical today: business, money-making, and authority, or family, rights, and public health? Everyone seems to be entitled to their priorities.

The economic backlash as a result of “abnormal” conditions. What’s the catch?

On top of the loss of lives, a very tiny creature has led to the loss of jobs, economic uncertainty, political backlash, doubting leadership, and the rising dilemma of segregation vs integration, internally and externally. As unemployment soars worldwide, businesses in the sectors of retail, Restauration, hospitality, luxury and leisure find a great deal of pressure to operate under the COVID circumstances, on top of ongoing political and social unrests. Most companies, without extensive preparation and precise quantitative analyses, halted their operations “for the time being” from February 2020 until further notice.

In doing so, downsizing their numbers and down scoping their branches were their first step towards a scenario that most employees understand and are afraid of, bankruptcy. In mere 3-4 months of inactivity, thousands of small and medium companies, as well as large ones, have gone bankrupt. A very insightful evaluation to take from this note is that most companies are only profitable and alive in normal economic and social conditions. The strength of withstanding may only be limited to a few, larger, entities. According to a simulation evaluating the circumstances of employees at companies going under, to them, even though most companies spread wishful words about COVID and staying healthy as a family, that’s an underlay of bad news to come shortly after during later progress in liquidation.

Now, this might be an extreme case in a worst-case scenario but keep in mind, today’s conditions are considered the worst case. Planning for such events as a company would be farfetched unless it is an MNC that has some good intel and risk investigation groups. Being an actuary may now be on higher demands. The bodies that are most responsible for foreseeing and preparing this event for the natural persons and legal entities are the governments and not-for-profit NGOs. Now that both did not prepare well for this kind of a wildfire, it is quite difficult for SMEs and startups to survive. Short on capital? Don’t worry. The World Bank is lending most governments so you can take it up with them. But how helpful were those loans, in terms of opportunity cost, payback and interest rates? 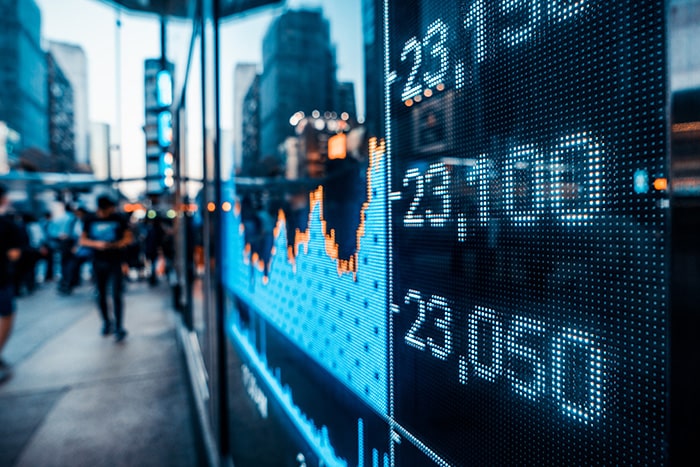 According to a study on the most volatile matters in force majeure scenarios, employee rights and bankruptcy applications seem to be the most famous cases filed in courts. At the very least, employees’ rights cases are now being strongly correlated with the advocation for human rights. In a world where human rights are in question by leading developed nations, the justice system may face a more significant constitutional dilemma in unusual case scenarios between a possible excess of rights for the employees and abuse of power by the companies.

Governments are currently strained from the movements and judicial predicaments, and at the same time fighting the outbreak from all angles to ensure the public’s health. In doing so, most of their budget is spent on medical supplies, equipment, personnel, overtime, and others. While focusing on the public’s health, the focus on the public’s well-being may have taken a break, provided that unemployment is rising and companies are shutting down. Individuals from the middle class and higher are beginning to claim for social security in addition to the lower working class that took a worse dive from these conditions. These changes strain the governments, given that difficulties have not reached such unparalleled rates before. As long as COVID remains alive, and riots keep going on, only a few, large, and powerful monopolies and oligopolies that can withstand elongated financial pressures can live on. In these times, cash is prince, gold is king, and capitalism grows stronger.

The ripple effect of unemployment and lower monetary circulation

People are beginning to get worried about the extent of hysteria, which is proliferating. Media nowadays focus almost purely on the most critical states happening in the world and respectively present worst-case scenarios on current and future times, from the outbreak, riots, or both. In this agenda-setting method adopted by news channels, people are becoming more hysteric. From the fear of unemployment, internal conflicts, social unrests, political turbulences, and economic downturns, individuals will start searching for a safe haven. 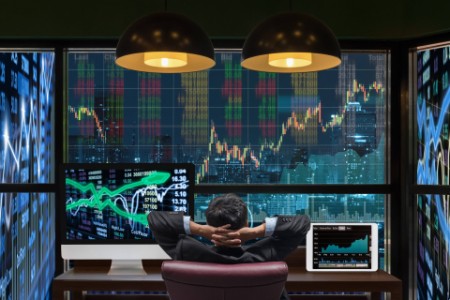 As most movements nowadays promise its followers, the ultimate “safe haven” as a result will be correcting the rights from wrongs and reclaiming the social order in matters of freedom and equality, overlooking the significant impacts on the country as a whole. Wearing a mask and going out to mass gatherings may not be a part of the guidelines under social distancing that prevents the spread of COVID. As fear grows stronger, higher levels of imbalance grow within industries and between market shareholders; not only within severely damaged sectors, but also thriving ones.

Today the ripple effect goes as follows: if an employee gets infected, quarantine takes place at the respected branch, or if the employees decide to take a stand as part of a union or a movement, the company’s operations must be halted. As a result, the entire company takes a tremendous hit. If most companies face such a sequence, the economy faces a heavy backlash, resulting in immediate foreclosures or indefinite halting until further notice. Hence, rising unemployment and lower monetary circulation until further notice.

The dangers of fear, indecision, and uncertainty on people’s well-being

Fear has landed in many forms. From individuals trying to pull out of all kinds of investments, people looking for safe assets and withdrawing from risky ones, others seeking to convert the currency to gold, bodies widening junk bonds safety yield, public companies trying to maintain their stock presence aggressively, small companies filing for bankruptcy, startups cancelling their visions, and medium companies not knowing when to give up and allow the large vertically-integrated oligopolists and monopolists to take charge. The economy nowadays is put under an inquest that is tried by more than 200 judges and a jury of almost 8 billion people.

That kind of uncertainty, indecision, and conflicting points of view are very damaging to strategists and analysts who require an accurate understanding of today’s situation to be well prepared for the environment of the future and humanity. However, is it truly vital to have data and understand today’s environment to adapt to the future? Or do we leave it up to the current band of Decemviri’s that already wrote the new “post-apocalyptic” order of things? Let’s vote.

Hassan Al-Shama
Co-Founder and President at HYLMAN
IB, BBA, Grade de Master, MBA, LLM
“Unraveling the truths from a last and next-generation businessman’s out of the box perspective.”