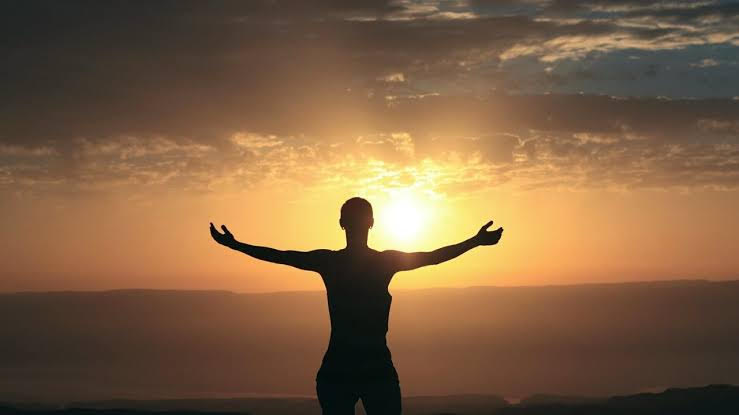 How is the difference in lifestyle between the past and present impacting the ultimate goal of human serenity? Should we continue in the path of time consumption on the price of inner wellbeing? Is this issue related to novel psychological illnesses? How are social standards changing and affecting livelihoods? What phase marked the transition to a world of “modernity and mediocrity?” Who wrote the life plan for individuals of the last century?

People from the past strongly believed in self-righteousness and divine higher power. According to historians, these characteristics directly contributed to a society with less indecent or immoral behaviors, given that teachings from religions allowed only the optimum traits qualified to humans and forbade the inferior ones. Personal success was highly adjacent to the unconditional belief in supreme support at every step arising from goodness, where the community gratified ethical qualities and manners over worldly achievements and success. Every civilization in history sought to follow a particular religion or faith, following the human’s ultimate psychological need for spiritual serenity that is shown through “similar yet culturally divided beliefs.“ According to simulation on the major religions in history, they all promoted monotheism and belief in one holy power, even if the means explored were different.
Given that culture plays a big role in shaping an individual, it also played a role in differentiating the habits exhibited by each culture with its identified religion in history. All religions believe in being morally upright and performing the necessary measures in the current life known as “the examination phase” for the ultimate happiness in the afterlife. Given that justice, however small or large, must be employed, there are rewards for goodness and punishment for badness. Knowing that maintains an appropriate level of serenity within humans. 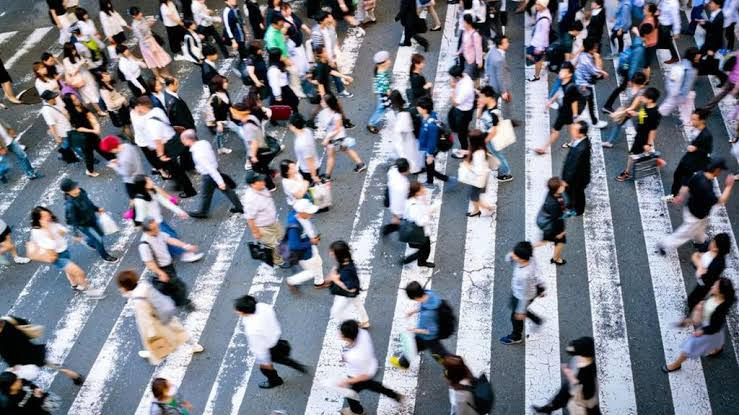 Disbelief in the past was highly forbidden and punishable, given that the community thrives on goodness originating from personal oversight than external policing on matters related to principles and integrity. Justice, freedom, and equality are among the main pillars empowered. Only recently entities with devious goals embodied secularism and the absence of the divine higher power as the right way of belief and living, using rationalism and science as the drivers of logical reality. The main simplification explaining their tangency is dividing religions into two distinct sections, rationalism and faith. The way of advertising the division included social pressures against belief that was portrayed as weakness, while rational methods as strength. However, according to religious books, science and taking reasons into account are vital to understanding life norms and changes. The division attributed political goals relative to segregating powers in history for the purpose of conquering and colonialism. These measures in dividing faith and rationality rippled through time and individuals in cultures. According to statistics, many cultures were rendered obsolete or extinct due to the penetrations of modern society’s way of thinking. When asking skeptics, who are usually of Christian origins, about their choice of belief, they often say “life is cruel. There is no equality or freedom. People die every second horrifically. God should help.” Observing their response in an effect for political developments in life, suiting themselves to follow the human hierarchy as the highest power, life to them becomes more cruel and unequal.

Humans are imperfect beings that need constant direction and guidance, especially in matters concerning a larger group of population. Of course, every authority body is supported by another body in order to maintain the centralized order of things. Yet, not every group represents or endorses the need for the majority if not all of the population, usually fulfilling the requirements for a small portion. If individuals choose to follow political bodies in the place of spiritual or divine powers, they would be more inclined to accept and perform immoral or unethical conduct. According to a simulation on religious individuals embodying past activities and modern individuals incorporating modernity, modern individuals are significantly more inclined to execute unethical actions. The phase that marked the ultimate transition to modernity and mediocrity is when those entities decided that it is time to draft the plan for ordinary people through life. Even if democratic equality and freedom are the main topics of the century, it is in fact, a uniquely sensitive political strategy devouring true freedoms through equality appearances due to the simple fact that humans are imperfect and often led by greed, especially when in power. 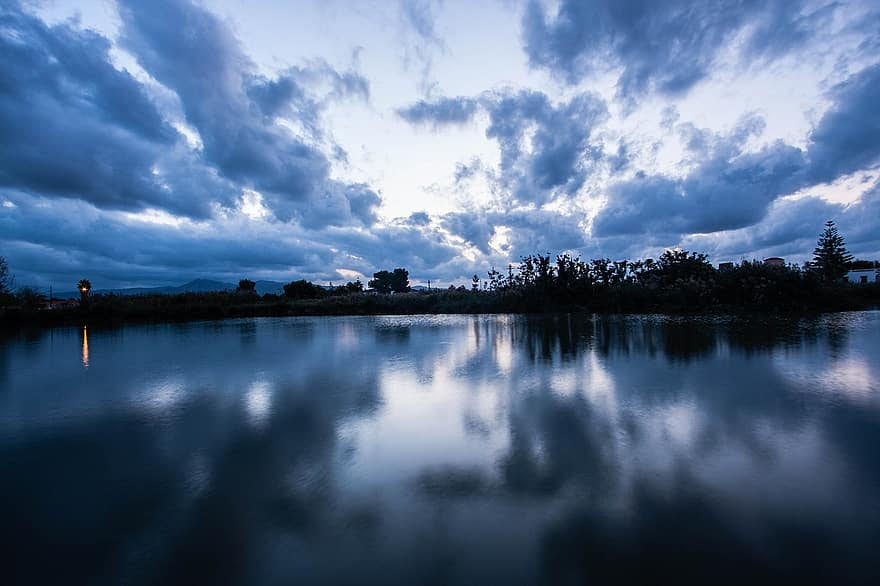 Novel psychological illnesses, as explained in “The Human Intelligence is at Risk from Perpetual Development and Ever-increasing Speed,” occurring in the last century, can be described as due to rapid development and advanced technology. According to simulation on the history of late illnesses, it is becoming more apparent that lack in faith and internal serenity is leading a human to become a mere object than a controlling subject in reality. Other than a whole integers, nothing in life is known as one hundred percent. There is always space for uncertainty, especially in science and rationality. Yet, the fact is that humans need to believe in a proper and complete power in order not to lose their way in life. The strongest trait displayed by pristine people from the past is their attention to personal oversight. This continuous surveillance of behavior and decency at all times allows the individual not to break any customary tradition or norm identified as part of the social book of law. As explained in “Codification of Customary Social Laws 2.0.2.0,” the world today needs to codify vital laws that are leaning towards maintaining a more uniform quality of norms and standards that represent standup principles and integrity, which shall promote the prosperity and growth of humans by enforcing these as obligations on all kinds of groups. The effort in maintaining these norms without policing requires a very effective type of authority that ensures belief of continuous surveillance to activities without the need for people’s interference.

In comparison to the past, individuals of modernity have less attention to personal oversight and ethics. According to psychologists, criminals are more afraid of the police and local authorities than higher power surveillance and conscience. An essential quality to a human is comprehending that all actions, behaviors, interactions, and beliefs are recorded to be displayed at the next phase of life, where good deeds often erase bad history. No sins go unpunished, and no deeds go ungratified; that is the norm of life. Without this true justice, as demonstrated by contra-faith individuals, life would remain unfair and cruel. If humans have faith, they would walk in life without looking over their shoulder, but looking up and knowing their morals and ethics are represented through their assimilation to moral principles and integrity that are crucial to be well maintained for an upright community.

Understanding the language’s true essence is vital to comprehending divinity

One of the few things taught and learned through generations is language. Languages that survived centuries and millennium without interference or fabrication are acknowledged as having true divine essence. They are the medium of transmission that communicated moral teachings brought down to today. Nowadays, languages are facing continuous alterations and additions of meaningless lingual slurs coming from human’s need to innovate, but in the wrong direction. This is highly displayed on the internet and social media. According to linguistic historians, famous individuals from all periods are usually the authors of vocabulary. The power wielded by idols is tremendous in paving the road for individuals in terms of goodness or badness.

The routine of life conformed by people today has strained many human qualities and stumbled improvement. People are focusing more on progress and success than the importance of internal serenity. According to a research on the ways of education between the past and today, people in the past had more choices in life than be strained to going through 12 years of schooling, 4 for generalizing in a field, plus 2 years for specialization. If individuals today do not go through these years, they would be categorized as uneducated and socially inadequate. People are becoming busier and more modern-tradition oriented, where pure rationality lives strongly, and true faith weakens. According to a survey on people from religious families, they display their dissatisfaction with their parents’ “outdated” way of thinking and life that impacted their social placement between peers in modern society. According to a story of a famous YouTuber who is part of a religious family, he was swayed away day after day to the life of fame and modernity to the extent that he lost his spiritual traits and internal serenity, putting him on a path of suicide to end his social misery. If he had not changed his habits to return back to his family and obtain serenity, he would have been pulled, just like many famous cases in the world of popularity in modern times. The main reason why newer generations are not following in the footsteps of their older generations is due to their insecurity of culture, acceptance of society, and constant search for modernity that shackles an individual to adapt internally and externally to the imperfect environment that was merely created by man. 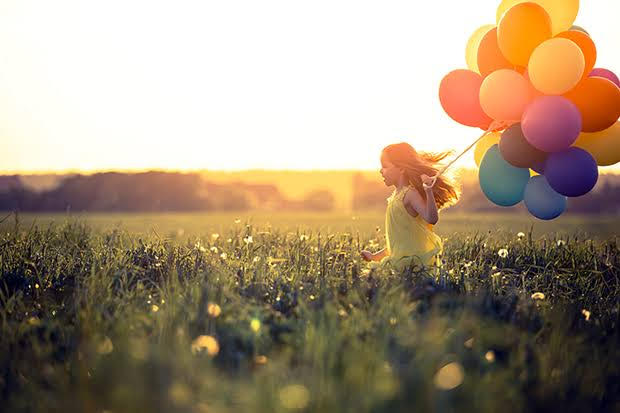 Money does not buy happiness, even if it became a necessity for survival. Internal serenity that comes from goodness without modern life’s social order is the ultimate goal for happiness. According to statistics from ongoing experiments, humans tend to maintain the same average level of happiness throughout their lives from birth. Happiness has been identified as a “highly controlled variable that is not necessarily controlled.“ According to a survey on young adults and their definition of happiness, they portray the need to acclimate to social trends and changes accredited by famous people so as to fit in and “be happy with their happiness.” However, needless to say, these individuals did not attribute the volatility of pegging their feelings to those famous people, which also includes being sad with their sadness. According to a simulation on social trends in developed countries, besides marketing the need to be wealthy, happiness is mostly advertised as using mind-altering substances to quell and suppress any feeling of sadness; yet, happiness and sadness are not the only feelings on the spectrum. A significant portion of cases under the influence involve anger, which leads to violence and aggression even though an individual was happier prior to this substance intake. The effect on mental processing contributes to a less productive human. Religious teachings often ban this kind of method in suppressing sadness and stress to acquire happiness, given it is hurtful physiologically and psychologically to the user and surrounding. Fitting in society sometimes yields an enormous payback that is not very obvious to mentally immature or deceived people. Internal serenity is the goal, goodness is the method, and manners are the symbol.