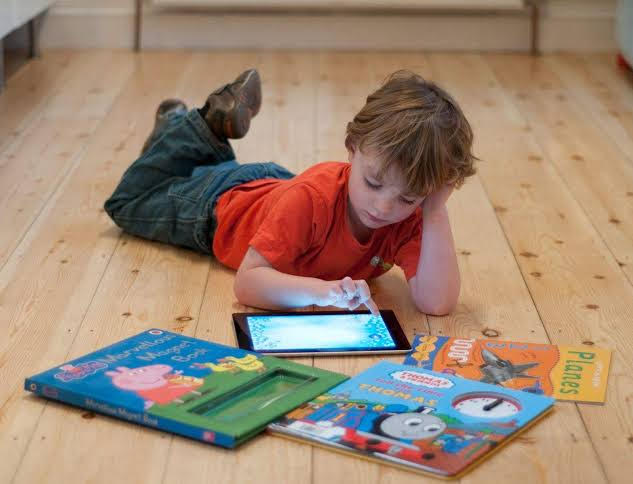 What are our children being exposed to regularly? Is the content shown appropriate to their sensitive growth period? Is it done on purpose by advanced data mining? How are children’s vulnerable intellects being abused? What are the significant consequences of modern parenting aid? Did modern-day entertainment become the school for discipline and education to the most gullible age group? How vital are cultures and traditions to children today in comparison to previous generations? Is tech development a “step backward“ to a child’s development? 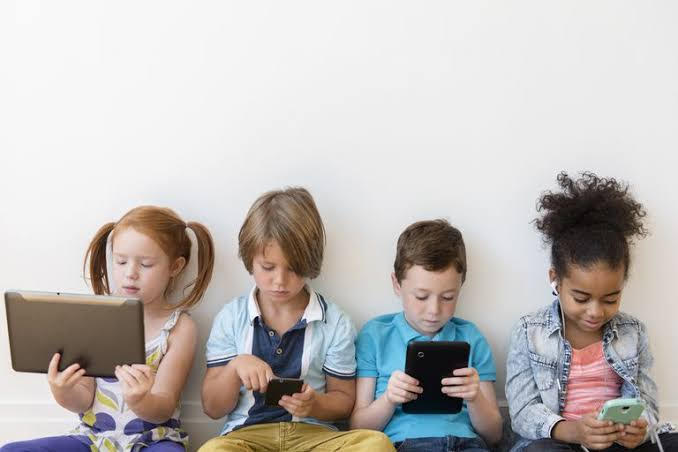 The ‘iPad’ is becoming exceedingly used by children under the age of social realization. Its brightness, colors, and the plethora of content alleviate a child’s visual perception from true colors of reality to the fabricated colors of fantasy, with periodic improvement to the display graphics and performance that are advertised as a must for change to have more fun. Especially to middle-class families with two working parents, this sort of entertainment used mainly “for educational purposes” has serious consequences to the discipline, conduct, intelligence, and child’s development. In the last decades, according to psychologists and sociologists, more cases of children exhibiting psychological traumas and disorders are shown, especially with new mental disorders, than previous times, with the number being on an exponential rise per year. The primary social difference or “improvement” that can be observed between today and decades ago is technology, besides other factors such as advancing medicines for new and old diseases, warfare equipment and chemicals, increasing population concentration, and wealth distribution. Technology for children in current times is taking the role of the parent, educator, relative, sibling, and friend, where everyone else can be regularly categorized as an “enemy.” The responsibility for each category is essential to the mental and physical development of the child to understand the order of things. Through this technology, system applications are the main go-to.

Apps educating on academic subjects while others are entertaining through gaming material. These applications are designed by all sorts of entities around the world with varying objectives that may not be positively reinforcing to the comprehension required by children. Understandably, not all apps are designed for the discretion of children, while children are able to download and use whichever independently. Exposing them at such age to any sort of unsuitable material may be glued to their brains and easily triggered at any time.
Video-based apps are especially sensitive due to the availability of all types of content for all age groups. According to statistics on YouTube, 300+ hours are uploaded every minute, with the total number of users reaching 1.5 billion. Children sometimes reach a point of addiction to the app that pushes them to surf more and more channels outside their scope, especially when their desired channel runs out of videos. According to a father of a toddler who is a heavy YouTube user, “I am surprised by the amount of knowledge he has on matters that are not appropriate to him.” YouTubers have a durable discretionary power to produce any sort of biased or propagandist videos that are partial to their views and beliefs, where their perspectives can strongly influence viewers or followers, especially to those who are more prone or susceptible. The reason behind the rising usage of menacing games such as the ‘Blue Whale’ and others are due to the social pressure encountered on mediums by popular icons practicing them, as explained on “Renovating Social Media to What’s Necessary for Tomorrow,” where many children were severely affected. Children are highly susceptible to social triggers, thus may unconditionally follow trends demonstrated by popular persons. The sources behind such a game were Russian evil masterminds with child experiment and “human cleansing” goals. This sample may represent a larger portion of people with sinister objectives targeting the gullible minds. During such an age, children have the need to find an appropriate idol to follow. If the parents are not always available, who and what is always there displaying all sorts of content? Any kind of contribution, from video logging to commenting, is visible to children. According to research on the comments sections of YouTube videos, inappropriate words are repeatedly shown from all kinds of users, which are quickly learned by children, in addition to the videos that contain profanity. Many parents nowadays are confused as to how their children would retain such expressions or terms.

Journey and outcomes: a clear shift in behavior and change in ideologies exhibited. 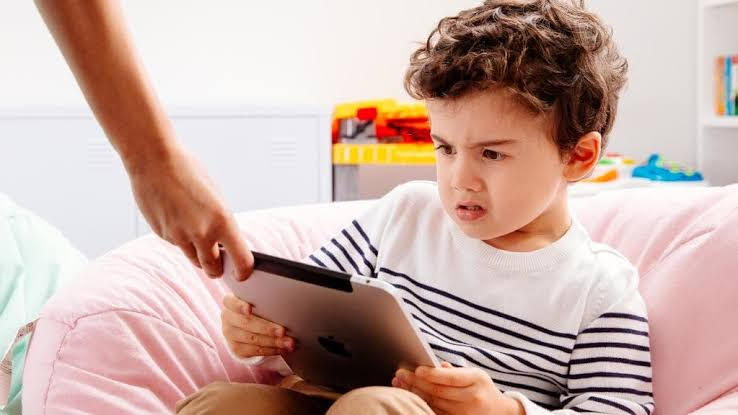 According to parents of toddlers using the iPad, they majorly explain their frustration with high levels of regret of getting such a device for their children. Describing their journey, they are happy at first given their children are going to keep up with the social flow, besides being entertained without the parents’ constant involvement, stating the idea of an “electronic and controlled nanny.“ Day by day, a significant change in behavior is visible that contradicts the fundamental teachings of culture and traditions. Ideologies then begin to shift, and integrated beliefs become a “mere part of the past lacking the importance of urbanization,” as explained by most children, that is required to cope with society and social acceptance. Reaching this point, it becomes challenging to undo any type of influence encountered where stringent measures need to be taken in order to retain their children’s juvenile mental presence and condition.
Besides all those phases, a significant percentage of the parents display their anger from the pornographic, indecent, and immoral promotional advertisements that usually appear in gaming apps that children often use. The use of cookies embedded into these apps and relevant websites has advanced to the extent that smart systems are able to identify whether the user is an adult or child for marketing purposes. When asking a new parent from a developing country of the reason behind buying such a device for their child, “we will otherwise be called poor or cheap by people around us.” The state that put these parents under the cuffs of appearance aristocracy is the social immunity of higher classes and being classified as prestige or lux than average or ordinant.
A mother explains the story of her 7-year-old daughter who reached a point, merely a very short period after getting the iPad, of constant gloom and sadness because of what she was exposed to from these gaming apps, stating shockingly “she [her daughter] was thinking of why would I [the mother] have affairs with other men while her father having affairs with other women.” She adds, “even though these are completely false opinions, I was shocked by how she would even retain this kind of thinking at such an age.” The consequences of staying updated with the latest technological advances yield a high cost in terms of the child’s sensitive mental growth. As explained in “The Human Intelligence is at Risk from Perpetual Development and Ever-increasing Speed,” humans intelligence is decreasing over time due to the heavy usage and reliance on technology that is very rapid, causing very narrow general thinking, reduced innovation in subjects other than the Internet, and robotized social behavior. Following that, parents found the need also to keep up with parenting trends and educate their children using tech devices. If at any point in time this technology fades, so will humans’ intelligence and way of teaching.

Values and styles of parenting influence a specific structure of a person. 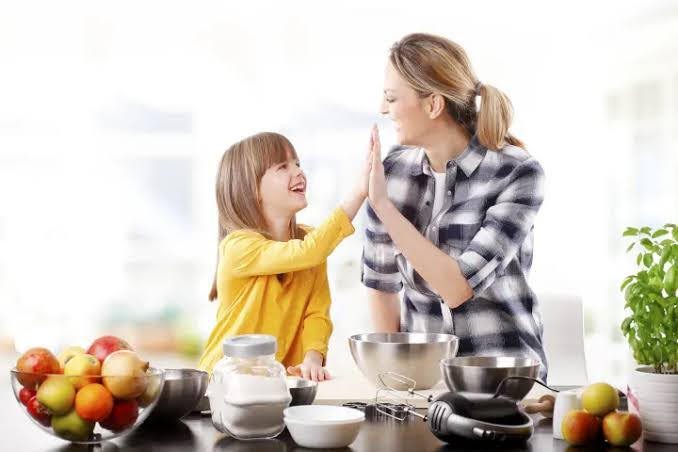 Childhood is an exceptional period that needs to be sprouted very carefully. As explained in “The Purity of Women’s Rights and Growth of the Population are Under Risk from Socio-political Interferences,” parents, especially mothers, are the first step institution of education and discipline that builds the fundamental structure of a human. Ethics, morals, and character are among those teachings. According to a simulation on children with morally outstanding parents and those with less morally oriented ones, children with parents that empower strong moral beliefs and perspectives within their children, even if their social class is lower, are being educated decently and more ready for life’s barriers than those who are of higher classes or only empower subject learning without thorough care for moral conduct.

As explained in “Artificial Supremacy and Life as we know it,” being middle in everything is always the most optimal. Parents who continuously reinforce their children positively in response to all kinds of behaviors will construct a person who is defined as “spoiled,” not able to efficiently confront obstacles or be effectively responsible during adulthood and more advanced stages, but with more caring and emotional attributes. On the other hand, parents who constantly reinforce their children negatively with fear and punishment for matters of obedience without flexibility in response to all kinds of behaviors may lead to a more aggressive, hostile, and low self-esteem person, focused on personal gains and goals with a very limited area of sociality and tolerability. Parents who are neither fully permissive nor fully authoritarian, leaning towards an authoritative style of parenting is most optimal. According to parenting coaches from developed countries, an authoritative parenting style is most efficient in creating a structured, organized, and mature person that can independently think without crossing limits or social order while easily coping with norms and traditions. And this cannot be reached by depending on a form of “parenting aid.”

Children nowadays are oblivious to fundamentals due to rapid development and increased social integration. 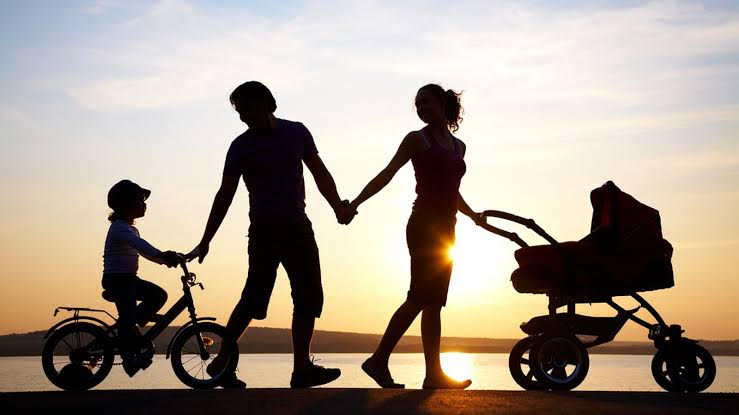 According to grandparents, children today are more likely to ignore traditions, especially ones that are uniquely related to the familial culture, in order to adapt to the change in the macro-society. Children’s ignorance of values that were brought down through generations causes tremendous pressure on grandparents to maintain these long-lasted attributes that may be lost forever. Given that an individual’s personal freedom is actively advertised in developed countries, as explained in “Demanding Radical Change Require Psycho-Graphically Understanding Ourselves and Target Bodies,” it is also a major reason behind losing those beliefs and values.

From a simplified look at this issue, as easy as it might seem, taking this device away from those who are already mostly dependent or addicted would be very difficult. According to a simulation on electronics given to children under the age of 12, the number and magnitude of tantrums are strongly correlated with Tablet-dependent lifestyles. Their occurrence is quite higher with them than those who were not exposed to such devices. The learned behaviors displayed by children taught through society and social surroundings have a sharper and clearer impact on their conduct than innate heredity. As demonstrated by Pavlov’s conditioning law, continuously teaching a human a certain type of response to a particular kind of operation conditions them to react in a specified manner, that if it was revoked or removed it would lead to mental discomfort that a child’s age group would be unknowing of how to respond given the mental incompleteness in matters of growth, hence tantrums are the only result in order to express deep emotion and demand for the comfortable and entertaining routine.
Contrary to higher wealth, a child’s growth at lower-class families that can not afford such entertainment devices seems more appropriate to the natural order of things. According to a simulation on children from low-class families in emerging countries, their ways of teaching yield higher results and impact with regards to their traditions, values, and beliefs because of lower external impacts from society’s definition of “improvement” and civilization, where idealistic views are directly embedded from the parents and extended family.
Families that believe acquiring the iPad for their children only for social appearances, hiding their insecurities, are exposing their children to a world of mental discomfort and radical integration of indecent social philosophy, mostly away from familial cultures and traditions. Let’s keep our children safe.