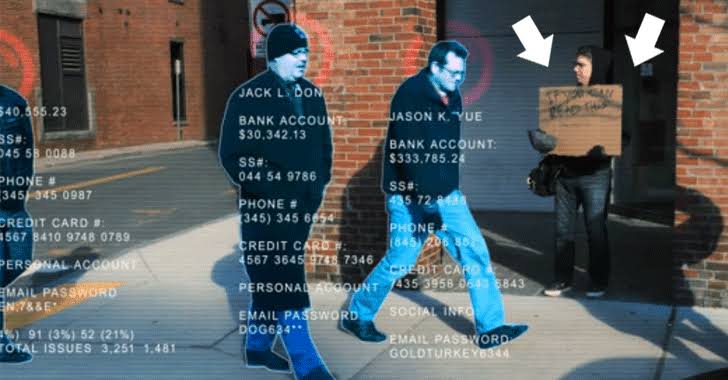 How often do people get “hacked?” Is secret loyalty the most threatening quality in the game? When did people forego the importance of political manners? Do movies portraying treacherous secrecy stem their ideas from creativity or reality? Are people more prone to pecuniary or nonpecuniary benefits? Which group of people are most prone to influence?

The effects of people hacking are tragic

Ever since secular politics became a particular field of expertise in modern leadership, “people hacking” was among the primary devices for endurance and support. Governments worldwide in the last centuries began applying this quality taught in contemporary politics under the name of democracy by developed countries. Convincing people on an objective or mission is the first step towards gaining the influential power required for acquiring them mentally. The power of a social collective promotes the opportunity for drastic changes in a community. According to analysts, governments’ usual methods of victory almost always rely on securing individuals from a target audience or inserting the right features or persons within them, where coups become more successful as per the years of research and centuries of trial strategies that are successful and registering which methods are less bloody to them and face less criticism by media and people. The most powerful and threatening enemy to state control or government is the “enemies within the border, not the enemies beyond it.” That was apparent in the example of Syria’s decade long civil war caused by riots for genuine democracy and the autocratic control exercised by the head of state to never leave his seat, contributing to demolishing the country’s jurisdiction and authority, losing large regions of the country to the militia and rogue foreign groups, loss of fair justice and proper policing, destruction of human freedoms and equality, forging of allegiances with foreign benefactors for additional military support against the citizens, crumpling the economy and currency beyond control, and all in all regular tyranny for control. Nonetheless, the Syrian government for a long while has been a victim of people hacking, ensuring its rulers to be with the right directive ever since the first World War. 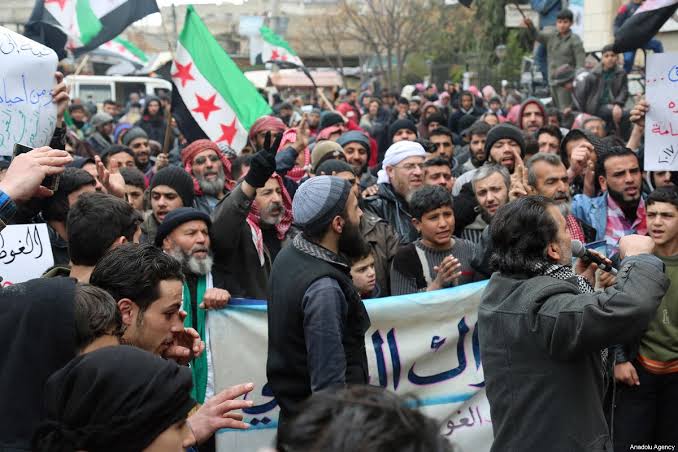 People hacking is the process of acquiring individuals at target societies to lean towards the hacker’s end goals and objectives that are often political, personal, and subjective. This method is a modern subdomain of divide and conquer that helped civilizations accurately understand their enemies while educating them on another route or course of action. According to specialists in the geopolitical domain, people hacking is “exercised as an act of military weakness and mental power.“
Thomas Edward Lawrence, also known as the Lawrence of Arabia, the British archaeologist turned intelligence inside man into Iraq’s leadership attempting to ignite the Arab world’s frustration and transformation into supporting the uprising of the Kingdom of Hejaz against the Ottoman Empire by the direction of the monarchical espionage missions. Through a special agreement with King Faisal back then, Lawrence proceeded to also direct many attempts into “hacking the locals“ to aware them of certain misconceptions or delusions to turn against the officially ruling Islamic empire of the region. The 700-year-old disagreement between the Ottomans and the West, passing from the 700 years before that, incited the continent’s extended monarchy back then, today’s European states, who faced continuous combat defeats in the religious struggle, to call for long years of decisive and strategic planning on how to tumble an exponentially influential power from the Mediterranean that not only has a very robust military power, belief, and geopolitical expansion, but also full control on leadership with an exceptionally tight circle. 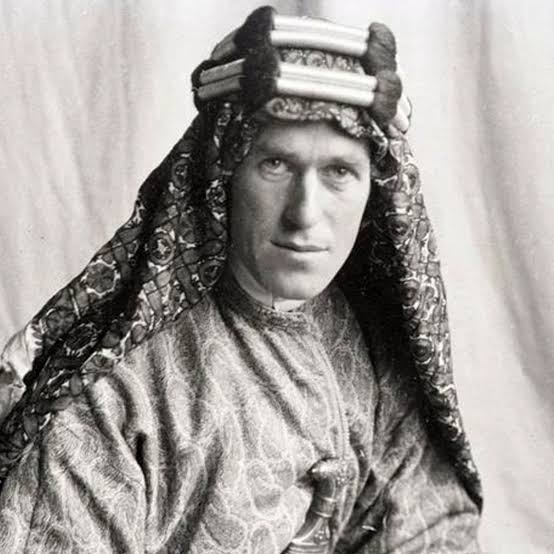 Whereby combat may not be the best option in retaliation, the backdoor intrusions through years of attacks by inside men, media, revolutions, militias, and overall internal unrest began to crumble the pillars of the empire, which was considered the right approach to such an enemy and power. Allies of the Ottoman Empire in the region that had a fundamental role and authority over the extended borders and movement of capital and trade also experienced people hacking campaigns to turn their aim and gun barrels against the leading party of the belief. At every period, the empire was surrounded by allies that eventually turned and backed Western influence with idealistically personal beliefs, which aroused the idea that the Empire was under siege from the surrounding world for a very extended period of time. Through ongoing internal disputes and external wars, attention to outside politics was drawn out to sustain the house in order. The eventual division of state prompted the rise of internal groups known as freedom of the Young Turks, who were backed primarily by the English administration and domestic groups of secularism and democracy. According to evaluators on history and politics, people hacking was a device constructed and adopted wholly by Western states who excelled in “backdoor politics.” 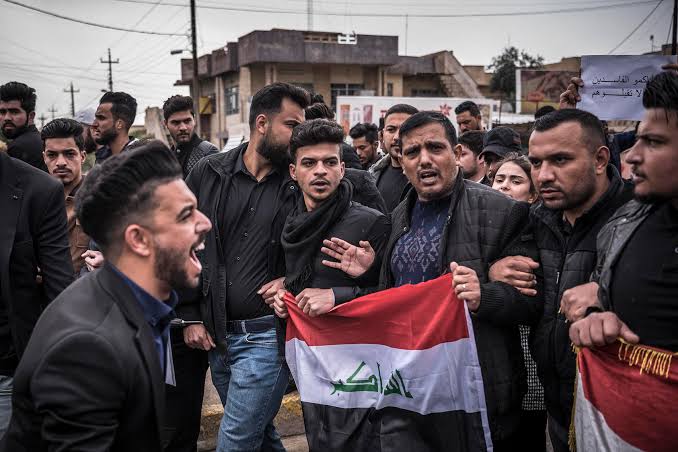 Similar to today’s democracy, people hacking delivered many unconventional and tragic events in the name of freedom and equality. As explained in “What is Democracy?” modern-day governments are exercising democracy as the means of a narrow perspective on civilization without proper attention to the social requirements and emphasis assured on politics. The Middle East is the primary geography that had many unfortunate incidents of people hacking on all levels in society. Iraq, which was a stable and growing country with a solid security system, faced deadly coups one after the other in the late 20th century. With neighboring enemies and the West interested in its riches and resources, Iraq defended itself vigorously. The period that marked its deterioration was when the government’s inner circle began undergoing hacked high-reaching individuals with shifted objectives. As explained in the “Iraq War, an imperially devised contemplation of Democracy,” the main reason behind the government’s falling is the hacked people within the state’s inner circle that backed the invasion for the purpose of democracy. The dream of a free and equal state of Iraq was so farfetched that concluded upon the end term of Bush, even if the target head of state was captured and disposed of before already. Contrary to the democracy dreams, Iraq’s conditions after the war only worsened economically, socially, and politically to the extent that more than ten years after the war the country is still facing ongoing civil unrests, penetrations from foreign governments, economic crashes, increasing disproportional distribution of wealth, daylight public theft, tyranny from hacked politicians, and socio-political chaos. According to the BBC’s report on the war, the American militants explain the inhumane, tyrannical, and corrupt objectives that led to a severely tragic timeline. Not only did American belligerents despise that period, but also the people who backed the tumbling and disposition of the regime. On the other side of the border, citizens of allying Arab states who turned against the Iraqi regime are now quite sorrowful about the outcomes of the war. According to a survey, the majority of the population across the Arab world are expressing their anguish on the “imperial contemplation of democracy.” 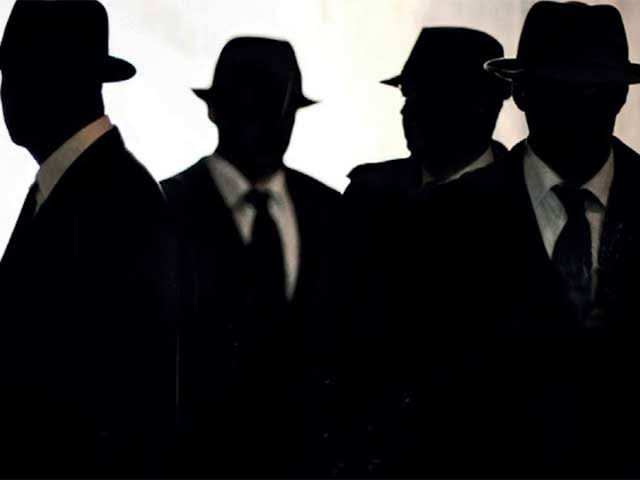 Another example of people hacking is the sponsored individuals on social and news media that broadcast false or subjective content in an attempt to degrade a target culture or belief for objectives beyond the perception of the viewer. According to educators in developing countries, “we’ve witnessed many incidents where adolescents and younger children question religious history and the existence of matters beyond familial teachings. This was exceptionally distributing given their age and content they were exposed to that prompted mental distress and dissatisfaction with the tradition.” According to a simulation on the procedures for people hacking, the attempts to hacking adults may be difficult, time-consuming, and costly, whereas younger individuals and adolescents are the perfect group for appropriating methodical change for a specific type of future. This devious strategy resulted from certain institutions performing ongoing research on how to apply the systemic change on mentalities and target societies. If adults may respond to financial and human benefits, which may not be everlasting or suitable for the group around them that may contribute to stopping or hindering this acquisition, adolescents are easier to respond and quicker to spread the idea, given the large access to social media and friendship influence with one another that often lacks rational or objective basis.
Little do most people hackers know, leadership is more than absolute diplomacy. True democracies ensure freedom and equality at all levels without having to hack their way into other territories or regimes. Genuine revelations do not spread with fear, force, or covert penetration, but through purity and virtue on the aspects of ensuring human prosperity.