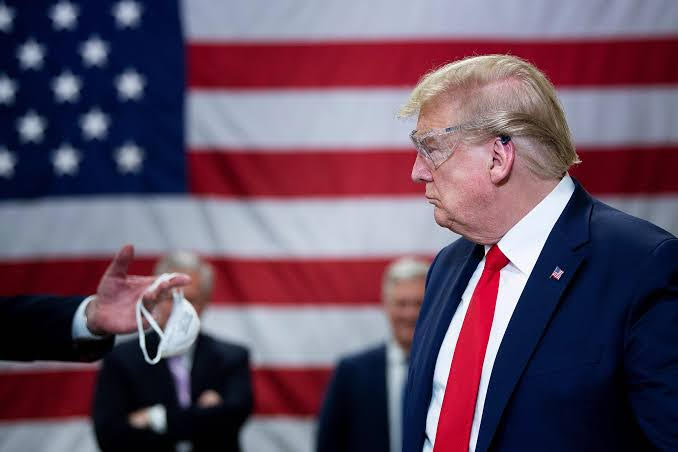 How are politics and principles negatively correlated? Can we always maintain the right amount of integrity in diplomacy? Do politicians understand the costs of governing in terms of ethics and morality? Would hierarchy and placement objectives become the primary desire for most political applicants? Has personal success become their primary goal? What would the difference be between past and modern politics?

Principles are the fundamentals of ethics and values that stem from childhood with experiential modifications and assimilation to social changes occurring in the outer environment. As the world is integrating, so are principles. This foundation makes up the brick and mortar that cultivates our natural order in the way we live, behave, value, and interact with each other.

According to a simulation on different age groups and association to standards, past generations had a stronger appreciation for principles and traditions than individuals of today, hence why most older adults find younger generations both strange and amusing. As the world changes in ideology and advancement, the importance people assign to integrity fades. The direction humans are heading to seems to be revolving around a unified set of principles with increased synthesis. These attributes thoroughly develop in different phases throughout a human’s lifetime, from empowering helpful and friendly behavior in childhood to appropriating society’s morals and responsibilities in adulthood. As explained in “Modern Day Parenting and Familial Traditions are at Risk from Technological Reliance,” the things that are taught to children stick to them due to the very delicate learning phase.

They are continuously refined throughout their lives as they grow where innate and learned behaviors intersect. However, when they diverge, individuals tend to find difficulty in assimilating due to familial or societal pressures. Technological advancements are not as helpful or aiding to the principles and social development of children, given they will be continuously stimulated by the triggers of virtuality and unreal characters from foreign bodies pushing towards a specific norm or belief. As explained in the “Codification of Customary Social Laws 2.0.2.0,” values and standards are vital to the exorbitance of human decency, prosperity, and growth provided that interactions and behaviors will become conventional. The development of customary laws will directly empower the importance of integrity, whereby codifying them may become a solution to many difficulties, even in politics.

Past vs. Modern politics

Politics is the field well known for courteous hypocrisy between people of position and power, usually to incite personal growth in modern-day society. As the saying goes, in order to become a better politician, wear masks. Being able to retrieve support from different bodies requires high levels of consecutive adaptations to various principles that may contradict one another. The best actors are known as the best politicians. However, this is mainly recognized in modern politics. According to historians on officials from the past centuries and Millennium, politics followed the book of laws brought forth by religion, empowering the essential components that can preserve a community with good leadership, liberties, equalities, and protection, the social principles. 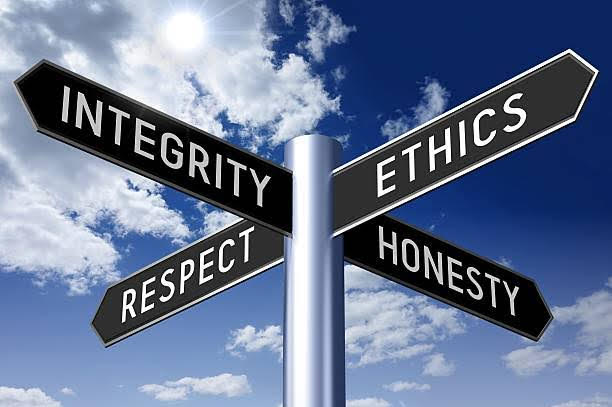 The most successful and influential politician, usually the leader, was known to be the server of people, making sure they are safe and secure, shed and fed, educated and employed, without personal aims in the midst. Some leaders even gave up all their wealth in altruism, given that equal distribution of livelihoods and wellbeing is maintained and secured. Necessities such as food, water, medicine, shelter, and education were provided gratuitously to the people, even to the foreigners migrating through their land. Everyone had the freedom to choose their path, careers, life, and belief even if the community followed a specific form of religion, giving respect to human liberty of association.

Accordingly, equality was at its finest. All these attributes followed the teachings of true divine leadership, empowering the social ordinance and its crucial role in developing the society. Their politics heavily followed this unique teaching where their book of laws did not adapt to any change throughout the years, given it was of the perfect character for life. Accordingly, if politicians followed these laws precisely without the intervention of any sort or personal objectives, communities would not find trouble.

When human greed began to take over, especially in a mix with politics, righteousness and principles deteriorated, where traits such as equality and liberty decreased exponentially, leading to unequal distribution of wealth, stratification, and discrimination, among many other social issues that are coming to life today. As displayed in “The Tragic Democracy in the Arab World,” there are many examples of dictatorships and authoritarian governments that were displaced because of the leadership’s greed and forceful grab to power without mercy or a robust democratic system.

Justice is the basis of the ruling, where if it flourishes, the society prospers. If there is no pure and uncompromised justice, there is no real leadership, and hence no true equality, freedom, or protection of humans. In order to comprehend a politician’s true principles, see their way of treatment to the lowest social class, without flashing lights in the surrounding, of course. According to a survey on why people think governments need to change, the majority points out the hypocritical initiatives proposed by presidents solely for election purposes, which clearly changed and supplied the interest of a small group, domestic or foreign. In current Arab governments, that is almost certain.

Globalization is seemingly a double-edged sword

Globalization is another factor contributing to the negative relationship between politics and principles. Provided that countries today are increasingly integrating and worldly organizations are granted international supervisory authority, values, and norms are blending as well that, according to statistics, many cultural identities have been lost. However, this integration is not entirely fair. The most powerful countries, with the highest veto power, are often the ones that majorly shed their beliefs and values to developing, emerging, and third world countries in an effort to expanding their socio-political reach and ideology. As explained in “The Hidden Democracy of Governments,” these are also well-known expansive measurements in modern times diplomacy. Personal integrity, as a country or individual, are being regularly exposed to international politics that hinder the preservation of principled teachings.

With ongoing international penetrations on the politics of a country, especially given that financial prosperity is nowadays macroeconomically dependent, states can easily damage the other if not adhered to their foreign norms designed for the interference of local politics. Retaliating yields massive economic and diplomatic costs, while adhering yields substantial principles and values costs. As explained in “Globalization may not be as healthy. Autarky may not be as bad,” the increased globalization today was hurtful to the global population in aiding the widespread of the outbreak COVID-19. Countries focusing on self-sufficiency are able to cope with the socio-economic changes, maintaining domestic public health and principles, while import-dependent ones had a significant cutback to their doings.

The inverse relationship between principles and politics is increasing exponentially

According to simulation on the way of politics and principles proposed by governments in modern times democracy, politics and principles are negatively correlated. This relationship was a result of ongoing connections between a leader’s belief, traditional identity, and general proposals for election with their way of management and actual governance. Countries today are like large companies, where management groups represent the hierarchy in a government, investors are the government’s main benefactors, whether foreign or local, and the customers the government presumably serves are the citizens, who also are the primary stakeholders to the affair. Some governments also sought to exploit their customers financially for the sake of political success.

As we know from business and management, CEOs are the face of the company. If this person at any time does anything unethical, immoral, or socially unacceptable, it attributes to the entire entity where share value plunges, and the company suffers reputably and financially, thus calling for a management restructuring to safeguard the investors’ interests. Country leaders are similar, where their original proposal and principles are the factors that brought them to where they are, making up their standards that represent the nation’s norms and its majority. As explained in “Demanding Radical Change Requires Psycho-Graphically Understanding Ourselves and Target Bodies,” a plethora of manifestations against governments are occurring today even though the same population elected the leadership. This can also be observed through the decreasingly fluctuate approval ratings throughout a leader’s reign period.
The main logic to this matter is modern politics’ opposed traits to principles in the name of power and hierarchy. According to analysts on politics and character, presidents often find themselves in a dilemma between their donators that supported their campaign for the presidency and the population that they should continually serve. 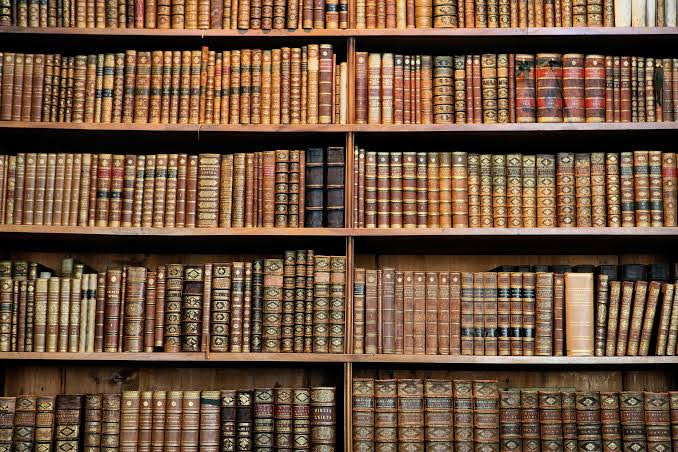 Even though this should not happen, it is still a matter of legal loopholes and incomplete judicial order, as explained in “The Judicial System’s Reality Check and Its Reformation 2.0.2.0,” where direct changes need to be made in the justice systems to avoid any judicial compromise. Many presidents around the world, especially in democracies, once elected, rightfully or forcefully, they begin to supply the demands of their benefactors at the cost of the population’s wellbeing and livelihoods. As long as their benefactors are happy and continuously supporting their placement, the longer they are reigning quelling any democratic or amicable attempts for a government change.

The impact of politics on personal lives is very high

Being politically conformed yields a substantial cost also to more personal matters. According to statistics, people that accept politics as their career have a higher chance of spousal struggles, divorce, marital infidelity, loneliness, and familial troubles. That is because politics requires a specific character, which evolves at every position, that may not be proper for every group socially. Even though social and political principles are crucial to maintaining altogether in every type of role, their relationship is not as straightforward as demonstrated by organizations. Increasing one may hinder or decrease the other. Especially for a position in politics, things are not always very conventional. Sometimes the job requires an individual to give up their integrity for the sake of the party and to appear powerful, such as today’s race to COVID-19’s vaccine that some governments around the world may perform unethical measures simply to win this race and gain politically and economically without regard to the importance of guidelines and sensitivity of public health.

Society and politics are two distinct but very related subjects, given that each governs the other. As Explained in “The Purity of Women’s Rights and Growth of the Population are Under Risk from Socio-political interferences,” and analyzed by the most gender-egalitarian country, Sweden, women of position tend to divorce their husbands to keep and maintain their managerial success with the will to pay a tremendous emotional price. As modern politics tend to have high personal costs, it cannot efficiently coexist with principles and integrity. Politics of yesterday drafted and thought of by modern man can not be correctly applied to the politics of tomorrow, hence necessitating continuous adaptations to political standards. If we recognize the unified divine codes of life to follow, wouldn’t we be more prosperous politically and socially?