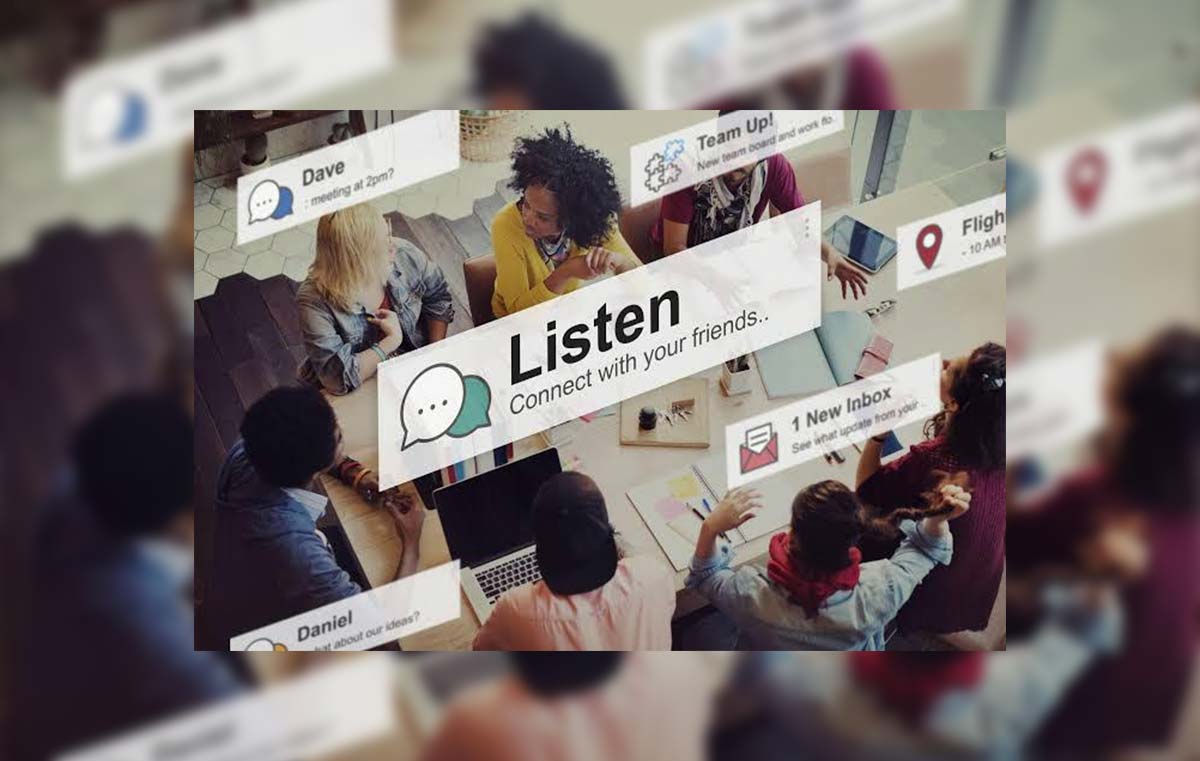 To what extent is social media going to dictate human lives? Do we need a particular form of social restructuring? Are social awareness campaigns regarding its excessive use effective? How educated are teenagers about the adversity of social media? What groups are enjoying these systems, and which are not? Do we need a brand-new type of platform for professionals known as Professional Media? How safe are we, economically, from word of mouth?

Social media have been indirectly dictating individuals’ behaviours while quickly spreading news between people on a large scale. Word of mouth nowadays is majorly constrained on users spreading the word about something through the major platforms. The growth of this industry has been phenomenal given the free access nature to the audience, everyday users while relying on returns from businesses’ advertising activities targeting a specific group from this audience. The market values of the largest social media enterprises have been on a constant rise, given the plethora of users and subscriptions per day. According to Facebook statistics, five new profiles are created every second. From Zuckerberg’s initial purpose to reach out to close friends, it has now become one of the largest active industries of the 21st century. Even though individuals around the world are enjoying the use of it, social awareness campaigns have not strongly educated its side effects. The basic saying goes, “the more followers you have, the more popular you are,” which creates a different understanding of social acceptance in comparison to the before-social media era, negatively affecting introverts, unpopular kids, and people with a popularity complex.

Teenagers and young adults who have reached an “addiction” point are the ideal examples of excessive usage. According to interviews with young social influencers, their daily routines are as follows: waking up, getting ready, dressing up, taking content for social media, reviewing the impressions and interactions, planning another material, and going to sleep at night. Their daily routine is oriented towards that optimal few minutes of content creation, which becomes their identity. Their explicit definitions of video logging are “their happy lives that are apparent to the viewer is fabricated for the sake of popularity.” When interviewing their families or people close to them, they all raised the same point “what you see is not what you get in real life.” Recently there was this story of a father of a bride-to-be who refused to allow his daughter’s hand in marriage to a man who was not as popular on social media, quoting “he does not have enough followers on Instagram.” Shockingly, groups of people understood and related to the father, destroying a possible connection between the man and the woman only due to the urge for popularity. 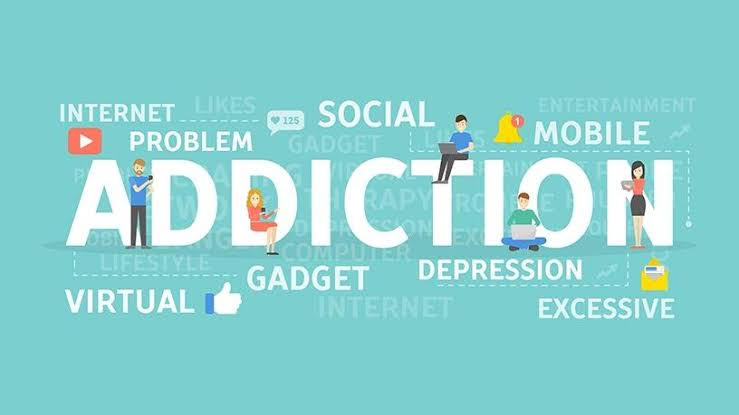 Psychologically, the constant internal struggle between “what I am” and “what I want to be” creates tremendous personality pressure that significantly impacts the human behavior to the extent that any negative remark or bad approval rating from the audience has significant drawbacks to the individual’s mental conditioning of their personality. The tension experienced by those individuals creates a hefty burden to their mental processing that may eventually lead to the utility of relaxation substances, medical or not, for relief. The peer pressure transmitted through the means of smartphones can be as significant if not stronger than recess playground compulsion, in most cases relevant to popularity, given the larger number of people involved. Behavioral changes for the sake of social approval is viewed as “dramatic” to the people surrounding them, and “little” to their personal perception. These changes can lead to a more considerable impact, including gender orientation, and the primary reason does not lie on biological causes, but on the environment’s acceptability, assimilation to groups, approval over movements, and fighting power as a social icon or figure. The race to more “followers and likes” pressures those individuals to put even more time on social creativity, which may seem a good thing to everyday individuals regarding social innovation. Still, its adversity is more considerable in comparison, given that in this time stress levels are on the rise continuously, affecting physiological functions such as blood pressure and physically exhausting the body in longer waking hours mainly relying on caffeinated substances, leading to a substantial “down” later that may be catastrophic, which may also lead to the utility of relaxing substances elements for relief.

Provided that most social users’ idols are more popular individuals, any change in behaviour exhibited within those idols, negative or positive, will ripple to their followers, including appearances and personality. The power wielded by socially famous individuals is very significant, directly impacting followers and their personal judgments. Social trends are primarily created by popular individuals, and committed by the others. Given that mental disabilities between individuals and newborns have been increasing exponentially in the last few decades, are we confident that excessive and ongoing use of social media will not lead to a unique form of identity, mental, or a personality disorder? The grounds are all there; we simply need to associate them through real-life experimentation, or simply take a step back on usage to maintain our sanity.

Social Media’s rising speculations and unfriendly impacts on the economy 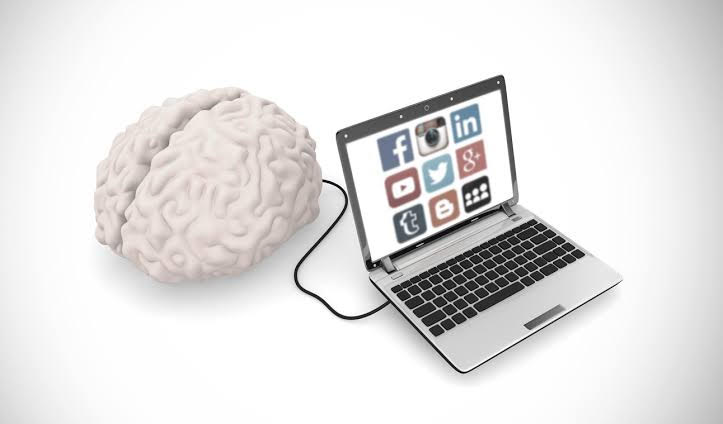 Social media has also become the primary driver of secondary based news, whether original or fabricated, that is affecting economic activities internationally. Given that social news travel from the East to the West in a few seconds, the macroeconomy is the most significant stakeholder. Social news lead to statements by all types of groups or individuals, and these statements transform to speculation that directly influences investor trust, market volatility, demand and supply, and the creation of conspiracy theories. Just like the secondary market, which drives the market value of assets or securities, social media seems to be the secondary market of news, which drives the market value of information.

If a business mogul in one of the biggest industries tweets about the bad forecast of a specific company’s performance, there is a big chance its stock value may plummet mildly if not significantly with a considerable reduction in bid and demand. Unfortunately, social speculations to economic movements are becoming more weaponized in some regions. Previously, a run on banks meant a specific form of financial collapse. Currently, the run on banks is no longer a physical action, but more relevant to the spread of speculation between people of different demographics, and so is done more digitally. Individuals or entities who have a more significant number of followers are considered “more dangerous,” provided that media and news are one of the pillars that educate worldly matters with a direct impact on individuals’ perspectives. If the followers of Trump the optimist, Boris the pessimist, and Cuomo the realist, go into a tweeting battle royale, whose line of news would be more influential, more trustworthy, and more appropriate for current times, economically and socially?

Legislations have not clearly outlined social media’s legal and illegal uses, other than directly connecting it with cybercrimes. Still, it has become quite vital for the governments and large entities’ decision-makers for “first-hand news from the source.” As they say, if you want to track someone, simply look them up. As much as being affected by the latest virus outbreak, markets’ conditions have been fluctuating. Social media news surrounding COVID explained people’s experiences from all countries, yet did not deprive people of fabricated stories. A similar encounter with the escalating US-China struggle and forecast for a Third World War that would significantly damage the world. As speculations lead the factors for the investor’s trusting habit, social media influencers’ statements can be as harmful or as beneficial as the financial statement at the end of the year. If we keep tweeting on how bad the situation is in different countries regarding COVID with the emphasis on a second wave, or the US-China decoupling and preparations for conflict, then how do we expect to keep investors’ confidence, financial protection, and monetary circulation? As an aftermath of international unrest, it seems more appropriate that governments and financial institutions fortify their economic defences in preparation for severely static or stagnant money in the banks, possibly increasing bank reserves, as part of the “need to save” in anticipation to a sharper economic downturn than ever.

Government officers for the past four months have been actively advocating for the “realistic character to maintain trust,” after evaluating that only tweeting about good news, realistically or not, was not leading to the trust they’re seeking to stabilize the shaky markets. Given that health news worldwide was not very great continuously, over-optimism was not the right course, or character, of action. The apparent second wave of the virus puts governments under stricter guidelines with regards to the economics of things, the EoT. Economics is the first victim of world events when targeted news is spreading like wildfire. Adopting the switch a few months ago, through stating facts of the outbreak and worse times to come, with a tad bit of empathy and coming out “stronger than ever,” investors began to maintain their trust seeing the light of promise at the end of the tunnel; even though a majority of businesses have taken a severe hit on their supply chain, vertically or horizontally. However, as speculations extend in the matter of political conflicts, investors’ safety may be unsecured. The challenging question is, when can we genuinely trust news bodies? And when can we truly trust the social media news out there? 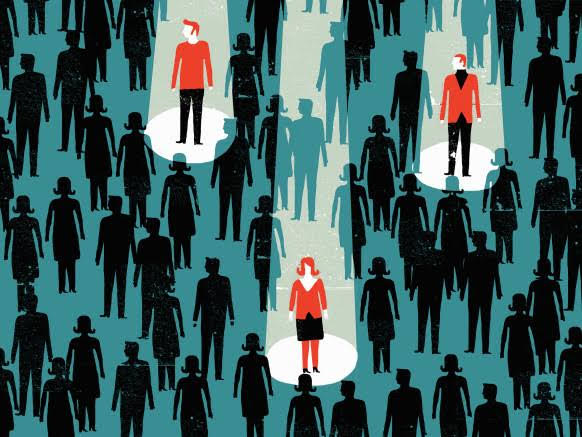 Commodities have been the main source of safe assets and investments since the virus, according to investors. Not even government bonds that faced quite the drop in yield the past few months were considered as safe. COVID-19 was the main driver for investors to make a safety switch a few months ago. Today, the rising international conflicts impacted paper currency and emphasized the need for financial and wealth security. Gold observed a constant increase in value, during the economic uncertainty, in comparison to bonds and their wider safety net. Bitcoin as well saw that jump, in a correlation to the increase in believers, that paper-based currencies will become obsolete, leaving the arena for paperless currencies. Both the safe and risky assets have witnessed leaps in value during the time where certain news sharing, trust shaking systems were embedded. Could these world events, and a COVID second wave, be the driver to a gold-based, or crypto-based, currencies? Is the higher use of bank cards the first step towards a cashless society?

Tomorrow if an influencer tweets about a financial institution running out of money, how do you think everyday people are going to react? Given that recession is all over the place, globalization collapsing, public health fainting, whether or not to trust this influencer (with or without evidence), and whether or not to abide by outbreak guidelines, do we believe others would remain calm?

All this comes down to a simple question, are we adapting proactively, with out-of-the-box, or inside the Big Box, thinking, to the external geo-Econo-political environment? And assimilating to changes by strategic developments? Or social demands? If we continue at the current scale, where the changes, whether force majeure or human-made, are rocking us right and left, living on Mars will only be a dream.