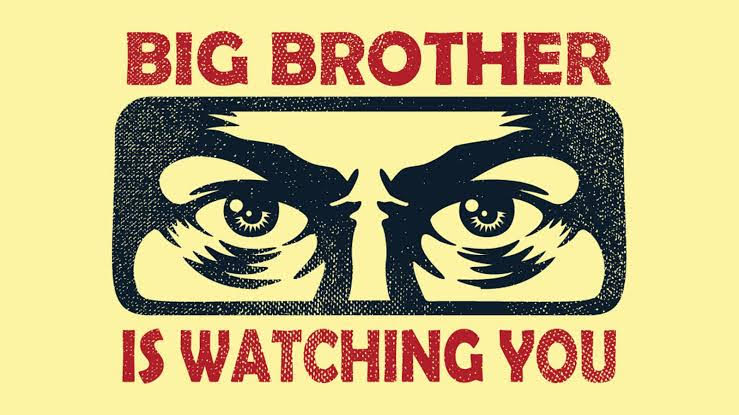 Are we all monitored and controlled by a particular form of ‘Big Brother‘? Who’s currently known as such? Is it a boy band coalition of military-powerful nations utilizing ultimate means of surveillance? Or a secret group that controls governments through a series of conspiracies? What are its objectives? Did the current Big Brother accurately evaluate the outcomes of COVID-19’s outbreak?

Autocracy lives on through the acquisition of information by modern forms of governance. 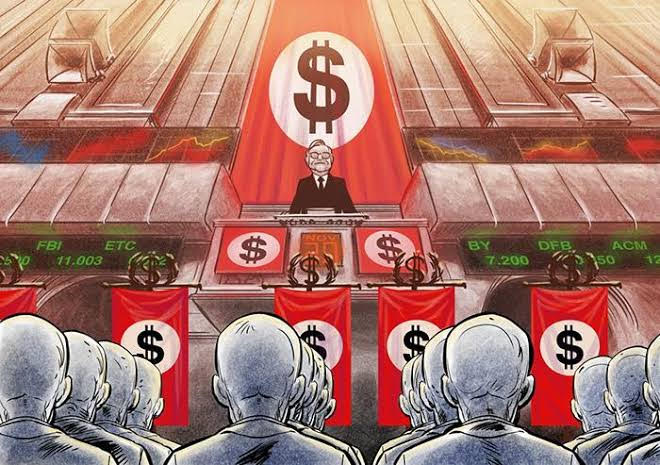 Was George Orwell a psychic who envisioned the future? Or just a crazy novelist who landed the right punch? The only entities who are able to plan strategically for a coordinated future are the ones with accurate and precise data that allows them to retrieve valuable information for scientific predictions. Information is key. Information is power. These groups rely on thorough data analyses that understand the susceptibility and comprehension of every segment or demographic for economic and political gains by means of mining data, anticipating trends, predicting probabilities, and monitoring real-time activities in order to influence human behavior. For ideating Nineteen Eighty-Four, George probably had a sneak peek on unique plans, which made certain groups not happy. But, was he wrong?

Criticizing political parties and rising invasive powers with socialist viewpoints in the late 1940s through a sociopolitical dystopian novel is everything but simple—the book exemplified a series of totalitarian handling, from psychological manipulation to physical control to regulation of information and history, where technology is embodied as an ominous tool for oppressive surveillance used for picking up any form of resistance to power. Being anti-Big Brother is a direct criminal offense to the governing party, and its consequence is psychological torture through brainwashing to fully believe and willfully accept the power, skinning the individual from any form of a political point of view to the matter. Doesn’t this “Anti-” offense and methods ring a bell?

Being subdued, citizens of this Orwellian world, not exactly a parallel universe to today’s governance, had no choice but to follow, or face some alone time with O’Brien, the secret representative of the organization who is also a part of the “inner” government. George explained the means this organization exercised to maintain authority and power, and the ends that put the ruling body on top by robotizing mindsets and reshaping their social and professional lives for the sustenance of the “Party.” If the totalitarian means displayed in the novel are different from current democratic methods, do the ends differ? As it advanced through time, brainwashing is not necessarily constrained on electrifying people and replacing their thoughts with evil ones. On the contrary, it is when humans intercept messages that relate to their stance, rights, ethnicity, family, and feelings, in an effort to add and replace certain ideologies through very slow and long-lasting increments in the name of insidious “democracy.” Since the inception of conspiracism, education was the primary target for manipulating younger minds who are more prone to ingesting partial beliefs, as explained in “Eliminating Distortion by Empowering Precise History and Accurate Education 2.0.2.0” given it is the way a system indirectly raises the subconscious of an individual to develop certain traits, ideas, characters, and conceptions about groups in history. When the hidden form of awareness becomes loyal, the exposed structure of the consciousness becomes manageable.

Education creates susceptibility to the individuals demanding knowledge, and institutions deliver this learning through many patterns. The ones that provide knowledge without prejudice can result in open-minded and scientifically advanced individuals. The ones that provide knowledge with bias will most probably result in partial, and ideologically manipulated, individuals that will empower their objectives thereof. According to simulation on the most significant academic institutions from developed nations, their graduates often differ quite significantly in terms of thinking, approach, character, and intuition, even if their demographics and directions are similar. Mainly because of different institutional orientations that are empowered through academia, and socially popular groups commissioning one-sided objectives and unique life goals. Education instructors are displayed as either a tool for virtue and growth that are mostly found at prejudice-free institutions with moral goals, or devices for propaganda and authority that are mostly existing at prejudiced institutions with political aims.

Few events in the past years sparked quickly, with the few pulling the many, in the name of freedom and democracy, only to create a tragedy that has no turning back. A quick switch from doublethink back to single think would be destructive given that individuals were once psychologically acclimated to a specific form of mental processes. This is usually sparked by groups, as explained in “Demanding Radical Change Requires Psycho-Graphically Understandings Ourselves and Target Bodies,” who are gaining economically and politically from such a turmoil. As what is happening in the world today, nominees for the presidency in developed countries show light hope through precise agendas and an understanding of democracy that the population relates to. Once elected, their plans often change drastically or do not adapt to environmental changes that are required by the people, hence the reason why many governments face various forms of resistance and objection even if their commander-in-chief was elected lawfully. Are we sure we should blindly follow leaders that promote equality and freedom as their primary objectives without a thorough evaluation of their true history and record of stance?

The form of thinking we as individuals apply highly depends on environmental limitations. 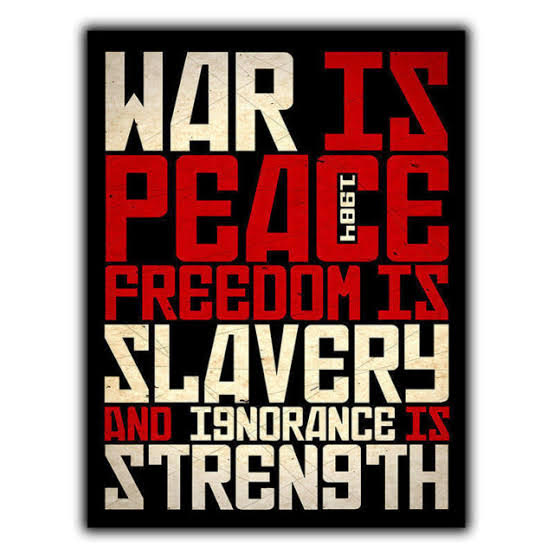 Single thinking is when an individual can think clearly on one point without fear, manipulation, masking, or agenda-setting by controlling groups. It is what’s known as opinions relative to personal freedoms. In the book, Nineteen Eighty-Four, the group known as the Brotherhood is the resistance that is battling Big Brother’s totalitarianism for independence and liberty. In the name of the resistance today, the Brotherhood can be identified as the organizations and movements that are stimulating individuals to retaliate against “conventional and democratically-identified systems” that are not very democratic in the name of personal freedoms and equality. As shown in “The Judicial System’s Reality Check and Its Reformation 2.0.2.0,” if democratic systems today did have a robust judicial structure, constitutional offenders, on whichever hierarchical status, would be tried and brought to justice, which would not necessitate continuous manifestations that are socio-economically hurtful. However, these movements are not always angelic. According to political analysts from developing countries, their out of the box perspective allows them to view the overall picture of what’s going on with movements occurring at developed nations, which “do not seem to cohere with plausible goals, but with underlying objectives associated with the benefit of certain bodies.” In the last century, many movements were formed with a defined purpose; however, they ultimately transform due to political interferences that are secret to organizers or public to followers. “Movements are being bought, coerced to change direction, or tweaked to manipulate followers’ perspective.”

Nowadays, people are double thinking more often by accepting contrary political beliefs as a result of fear or binding acceptance from tyrannical justice systems and policing. Monarchies are a prime example of this ongoing concern. France saved itself from authoritarian monarchy after revolting and battling its Big Brother in the late 18th century and declaring independence in the name of freedom. According to individuals living in monarchy governments today, disapproving of leadership through any form, from social statements to messaging or declarations, is a criminal offense that is longheld resulting in the worst ways of “justice,” including torture, imprisonment, deportation, and sinister executions, as what had transpired to the late writer and freedom speaker in his country’s consulate at a foreign land, Jamal Khashoggi. Today’s Big Brother sets our agendas through news media on how to perceive, understand, and evaluate world events, to the extent of enforcing acceptance of dictatorial administration. As we have identified in “Renovating Social Media to What’s Necessary for Tomorrow,” those who control the news, including social media and news channels, they control our way of thinking, even if we innately go against such perceptions. When a preeminent event is occurring, a more prominent or newsworthy event covers it up. The movie starring Robert De Niro, Wag the Dog, explains it appropriately. Doesn’t this highly represent the situation with COVID-19 filling the news?

Government control has increased during COVID-19 by means of monitoring activity trails. 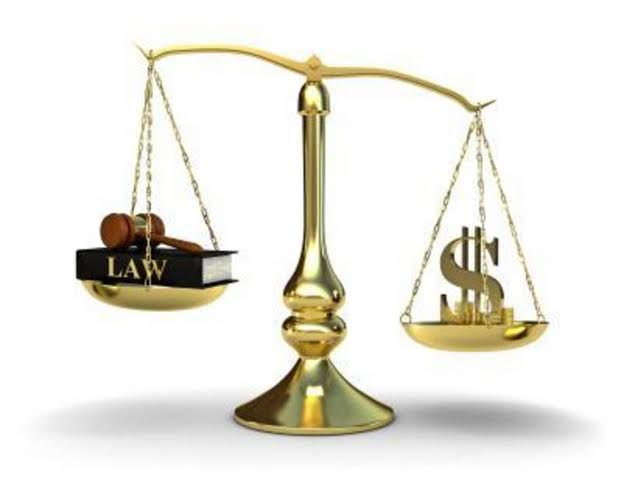 According to a survey on what people think of the COVID-19 outbreak and its impact on government control, many seem to promote the idea that due to lockdowns, distancing, and guided reopening of the economy, the government is able to increase its surveillance on people at home and follow their activity on the internet, given that it displays the most personal characteristics including orientation, social affiliation, political support, susceptibility, and desires. All the information is gathered to “study and manipulate us at any given time in the future.” In the outside environment, the ordered lines of social interaction at stores, schools, restaurants, and other places are having us “walk and interact like robots, which makes it easier for AI analysis of people’s biometrics, gate, and behavior.” People’s remarks seem to go into the direction that the imposed protocols are used to study patterns in human behavior by monitoring activities and regulating our understanding of worldly matters. This may sometimes lead to a spark in conspiracy theories, as explained in “Conspiracies, mankind, Dr. Fauci and COVID-19,” where individuals begin to exaggerate measurements undertaken for their public health and safety, resulting in the creation of many scientifically-conflicting speculations, often for personal and social goals without proper evidence. If individuals solely focused on the primary concern, increasing control, wouldn’t they then comprehend a bigger picture?

During the event of the coronavirus, the crises are limited to not only the virus outbreak but also the still economy, as explained in “The Era After COVID May Not Be As Comfortable,” where social balances are blowing out of proportion. As companies suffer from all levels in the supply chain, only the big players remain intact, resulting in limited but powerful suppliers and corporations in all respective industries. This can be relative to wealth and economic manipulation, giving power to the “Inner Party,” currently known as the conglomerates or ‘one percent.’ The significant end-result witnessed is the wealth distribution inequality, which sooner or later will cause an uprising in the name of socio-economic justice.

Given that information is the key to high power by moving, controlling, and manipulating individuals, which groups nowadays own the most considerable amount of information that allows them to become Big Brother? Not to forget, data is exchangeable, so back-scratching can often work to ultimate ends within parts of the ‘Bigger‘ Brother. When the day comes, where information is lost or not anymore exchangeable, the world shall calm down.