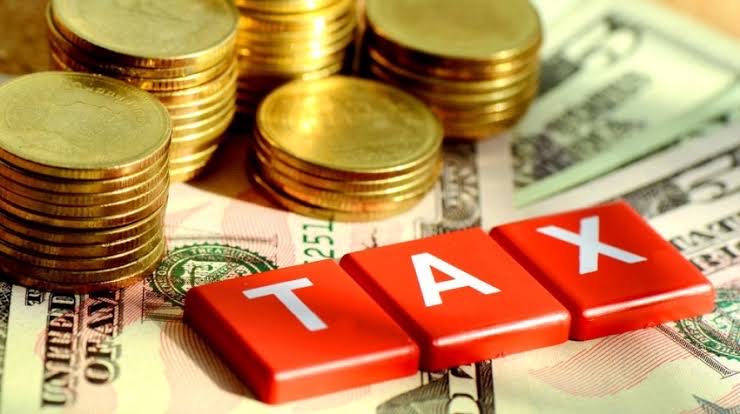 How did the taxing system evolve over the previous centuries? What are the major factors contributing to ever-changing policies that are rarely perfected? Are current tax regimes the most efficient strategies of ensuring legal activities of entities and profit-sharing with the government? Are tax policymakers knowledgeable of all relevant conditions of commerce and trade in a country? How transparent are fiscal matters of natural persons and legal entities?

Modern tax regimes are imperfect and filled with socio-economic obstacles 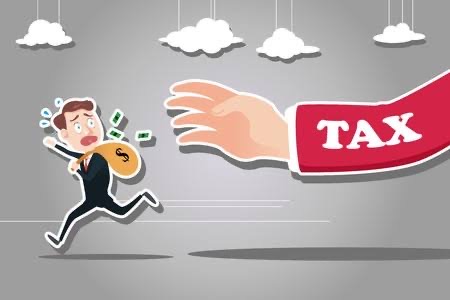 Taxes are a fiscally ambiguous subject that responsible authorities and branches of governments are often never confident about. The understanding of taxation distinguished from regular comprehension of perfect policy and the changing economic environment cultivated the need for ever-adapting regime modifications, often with every changing government. Democracies’ main economic subject, concerning government budgeting and billing, usually outlines the need for a reformation to a different, not necessarily better, version of it. Microeconomics history of state speaks for itself on such matters relative to continuing unbalanced management of monetary distribution. So far, leading parties of developed countries outlining the renovated policies succeeded in issuing a unified taxing standard that guarantees a major, yet not unanimous, double-digit involvement. According to fiscal analysts, the participation of taxed persons that account for almost 50% of the population comes to nearly 70-80%. Real contributions rarely barely meet forecasts and expectations of government tax returns. The problem majorly lies in dissatisfaction with tax policies, increasingly changing environment, renovated ways of untaxable income, and disconnection between recorded book numbers and actual figures.
The main issue attributed to modern policy taxation is the fact that it is based on income. Income reporting, especially at legal entities, is majorly influenced by bookkeeping and accounting where human flaws, errors, uncertainty, legal loopholes, and commercial desires play a significant role. According to accounting bodies, a substantial percentage of professionals contributions to manually input inaccurate data negligently, mainly due to novel digital reporting systems coming from accounting transformations. In 2013, US companies were hit with a penalty amounting to $7 billion only due to inaccurate accounting stemming from negligence. Federal entities require extensive attention to auditing companies’ positions to maintain accuracy, which is also a budget load on the government, given the continuous monitoring and oversight on cash flows and streams of income.
Nevertheless, other than fixed employment salaries for natural persons, returns from extra benefits, side deals, or external businesses are usually not declared and excluded from tax. Imposing a fiscal charge on a circulating current of money is not only tricky but also a major contributor to out of business, sometimes illegal, activities. According to simulation on the taxation of natural persons, a significant portion of individuals is at unease regarding the periodic tax payments, which either pushes them to not accurately record their sources or work for returns outside the scope of their registered job and income. 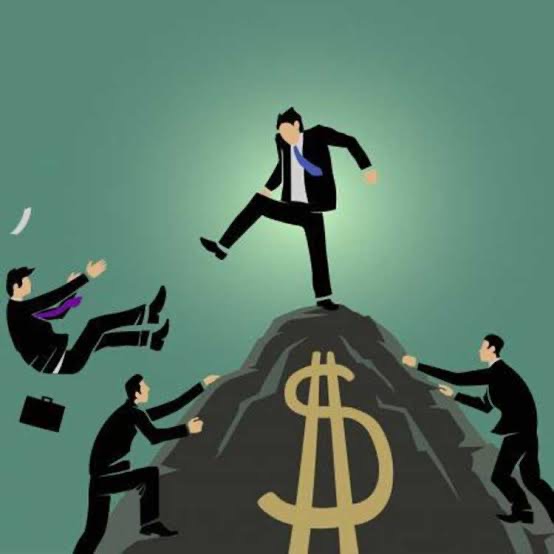 Tax is hindering the equal distribution of wealth by focusing on equal enforcement and not equal policy. As explained in “lack of monetary supervision and neglecting the need of investment protection risks rising troubles in the global economy,” money that needs to be ever-circulating is recently finding an endpoint due to modern-day issuance of assets and securities specialized for concealing transactions and identities, hiding the trail of money, and increasing digital anonymity within interactions, hence recording taxable goods and income are lacking. Policies on tax rate per income are only effective on matters relevant to controlling cash inflows. However, not very productive for the government. Modern-day tax regime needs to encounter a radical change to ensure equal distribution of wealth, equal access to care, and reduced poverty, all by altering the purpose of tax to a mandatory donation. Annual mandatory donations are a yearly contribution to the government on the value of commercial, liquid, and short term assets imposed on all types of individuals with possession or ownership. This donation should be provided mostly to the lower and poor class in a community through the government as the mediator who shall ensure proper distribution of funds. This tiny contribution from wealth goes so far in terms of returns to the government, who will provide equal access to rights, reducing poverty, and lessening the number of charges imposed on every individual. Giving back to the community and being socially responsible allows a stronger current to the flow of money between all types of individuals while majorly reducing financial crimes relative to accounting and fiscal data, contributing to lower economic strains on natural persons and legal entities while ensuring injections and continuous flow into the economy. 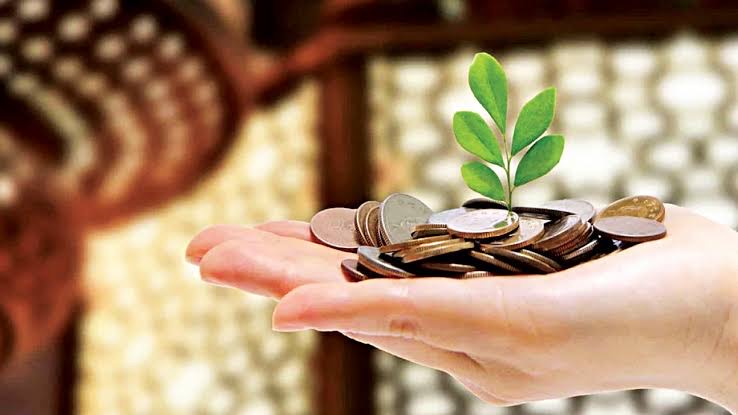 This donation shall replace the income tax, so individuals are free to enjoy any legal type or source of income without incurring a specifically inequivalent fiscal charge. When supplying an amount of money in the name of donation to the unfortunate, it contributes to eradicating the commercialization of central pillars of a community. Access to education and healthcare at all social levels must be free; this ensures a standup community with the proper knowledge, health, and customary norms. In the modern-day and age, healthcare and education are quite pricy, especially to the middle and lower class individuals in developed countries, which pushes for varying sources of illegal activities for a particular income source. Mandatory donation is a mechanism to ensure accurate scaling of wealth and social responsibility between all types of individuals and legal entities. According to individuals from the middle class, they’re disturbed by the equal treatment given to unequal individuals, where rich people provide an almost similar fiscal charge as they do even if incomes and wealth are mostly differing, hereby remaining economically powerful and influential. In some developing countries, the rich are sometimes exempted from tax. This method of wrong-capitalism empowerment causes socio-political unrest firstly, and economic turmoil secondly, where accuracy in the declaration of accounts is the first victim. When scaling the mandatory donations, individuals will comprehend an equal treatment according to wealth, which eventually reflects on the budget for education and healthcare that are usually costly in many developed countries, thus allowing everyone to pay their fair share, having equal access, and keeping everyone satisfied and comfortable.

Issues such as double taxation and value-added taxes shall be resolved given that a significant portion of people is troubled by them. According to economic analysts, value-added tax policies are inversely correlated with anti-trust concerns of a market, in which as long as VATs remain or increase, competitions will decrease given that it directly contributes to controlling the market expenses. Commissions that are working to ensure fair involvement of the free market are overlooking the more critical regime stemming from monetary policymakers and hierarchy, which is why many businesses are usually forced to fix their prices to avoid drowning or be eaten by cash-rich predatory competitors. If the market is genuinely free from control, so should its primary basis that influence its activity.

According to a simulation on mandatory donations and the wealthy class, the mandatory donation is the primary driver to avoiding monetary circulation among the rich. Even though the modern tax regime contributed to levying incomes, other than continuous exemptions by the government, it also drove the steady increase in personal wealth for the rich. According to campaign managers for the rich, their usual way of enjoying continuous tax cuts and exemptions is through “public and moral” quid pro quos, whereby ensuring public charitable donations to causes that are usually funneled by movements, politics, and administration. This is why the rich are almost always categorized as philanthropists in addition to their standard titles. Modern politics of philanthropy is an enemy to the equal rights to wealth and policies of taxation. According to news sources, groups penetrating foreign countries’ politics such as rogue militias and opposition parties are frequently backed by foreign bodies shelled in many layers under the name of a particular foundation thriving on charitable benefactions, knowingly and unknowingly, indirectly linking to ambitious, rich bodies. As explained in “the hidden democracy of governments,” certain leading bodies, often from the financially wealthy group of society, are the most ambitiously determined groups to overtake third-world arenas under their command and control. When inquiring about this issue with one of them, they claim it be “preposterous.” Yet their names are all over it. A specific foundation in the name of a particular prince in the Middle East has been denoted as a front for frequent illicit activities internally and abroad to quelling any attempt to the opposition, penetrating and controlling foreign administrations, silencing freedom writers, acquiring specific goods or services, and funneling unrecorded or laundered money. In this situation, being above the law, or above local tax regimes, allows for a lack of oversight, thereby contributing to a more massive gap in inequality, shackling freedoms, and discrimination of wealth that tax policies were not able to solve.

The ongoing talks of adaptation to inflation and adjustment of the minimum wage in developed countries are directly linked to imperfect tax regimes. Taxing the poor is impossible. Taxing the incomes of small and medium enterprises that retain them is inaccurate, given the usual minimal capital availability, especially in times such as COVID. According to a survey on business owners, taxing incomes always halts the growth of companies, where if it was removed, they would less rely on debts or loans from financial institutions. According to a relationship study, taxes and loans are directly correlated, where as tax portions increase, so is the need for loans to funding plans. Increased taxes are also a direct result of increased government debt, provided that governments rely primarily on tax returns that rarely satisfy the full branch of government expenditure; hence tax adjustments become frequent while depending on debt from central banks and international institutions for financing.
The privatization of public entities is also a significant domain for wealthy players to avoid taxation. Given their contributions to public infrastructure and supporting a branch of government, part of its perks are fiscal exemptions. The reason behind the continuous growth of modern-wrong capitalism is the constant reliance on the rich to building the country, thereby controlling it. Governments themselves are not able to self sustain through imperfect regimes or policies that require consistent adjustments. According to officials from developed countries, public contracts are usually designated to attract a larger share of heavy pockets, domestic or foreign, not only to finance operations but also to be in the network for events and causes. Such parties are usually the benefactors of countries’ leadership, where “sustaining them is a full-time job.”

Replacing tax policies with mandatory donations in a country would contribute to keeping the government afloat. The equal portion of contributions by all people to a government that will ensure equal distribution to infrastructure and lower class individuals will empower a state built on economic equality. This majorly tackles many demands displayed by manifestations, movements, and protests seeking an equal distribution of wealth, opportunity, and eradicating capitalism. Modern capitalism is built on Big Brother control, as explained in “single thinking is a theory more than reality in an ongoing Big brother world,” where the few is controlling the most through modern-day surveillance means and ensuring that everyone accepts the supreme power that is based on biased theological beliefs. The contribution of mandatory donations will ensure an accurate, moral, and ethical “capitalism“ where individuals from all classes thrive and prosper, and the rich remain wealthy without one-sided involvement or circulation. This will also bring down many unethically capitalist entities that have an immoral and illegal base.