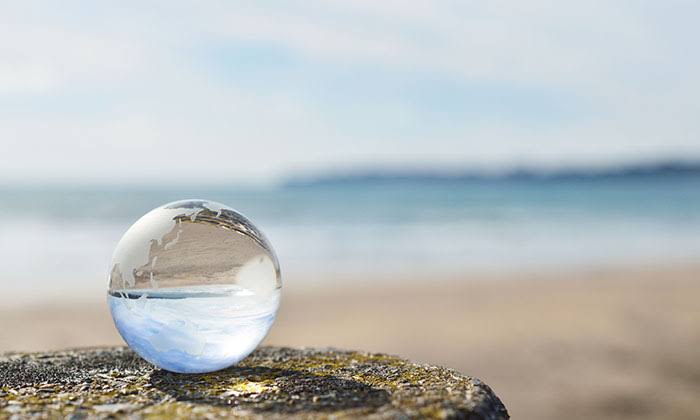 How transparent are governments nowadays? Is the current social order of democracy unorganized because of a certain lack in complete clarity? What outcomes do unprepared resolutions and manipulated transparency have on society’s fundamentals? Is the defense against COVID a good example of manipulative transparency? What are the remedies for such one-sided clarity? 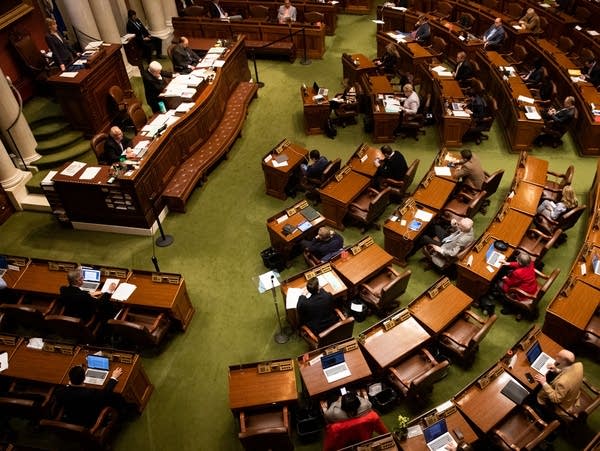 Society today optimistic a global crisis that only transparent cooperations between a government and the communities can solve. Administrations that wholly rely on international guidelines without adequately educating themselves and the civilian population have a higher chance for policy retraction and ignorance. Likewise, when measures are democratic and not very strict, individuals and entities humanistically find it easier to neglect and perform actions or steps that benefit them personally or financially. Given that international organizations such as the WHO, and many others domestically, are leading the fight against COVID, the vital transparency for education and awareness is still a significant issue at large. As explained in “Globalization may not be as healthy. Autarky may not be as bad,” governments’ decisions between the economy and public health creates a battle of two foundations in a country amidst two very distinct yet very similarly affected groups of people. Employers and company owners find the need to stimulate the economy by keeping the land open for business but risking a ripple effect of public health. Employees and civilians are looking to protect themselves and their families by staying healthy but risking an uncontrolled economic downturn. According to analysts on the recent surge in cases, employment that grew in the third quarter of 2020 is at a plateau and will go down with a high probability up to next year. The early opening of countries that took place in June and July sparked the soon-coming, more severe, second wave of the virus that was supposed to be disseminated by now as per the forecasts. Gatherings at events, restaurants, cafes, and even closed areas such as shopping centers and malls, that individuals were banned from for nearly four months, contributed to the spike in contagion. However fruitful the forecast was for reopening the country for at least a few months, the economy is still far from the economic conditions preCOVID, which were also substandard. According to actuarial projections, the global economy a few years after the last financial crisis of 2008 began to witness a slow deterioration to 2020, the year that crisscrossed a “surprising” outbreak pandemic and a supposed recession, where any direct or indirect contributions to a slower economy can be “disastrous at the very least.” Governments, knowing that but dodged speaking of the subject with the people, held the population on a pedestal in fully apprehending the standards and guidelines to avoid the spread of the disease and reopening the country for business. 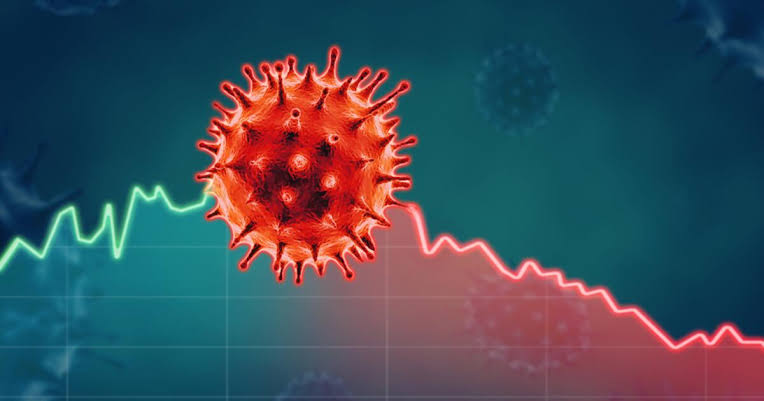 All good news and speculations, including optimistic financial forecasts for risk-averse investors, the negligent conclusion of the people led to the more profound deterioration in public health. If transparency is in question, decisions must be flawless. The economic indicators in 2020 evaluated a steady low growth or decline for the coming years due to, also, a slower circulation of money than before. As explained in “Lack of monetary supervision and neglecting the importance of investment protection risks rising troubles in the global economy,” money is finding an endpoint that is usually impossible financially and in theory, given it is merely a liquid commodity and means used to obtain other assets and not meant for a long-term possession. Sleeping money, which is the technical virus of the economy and monetary circulation that is crucial, is also not the reason behind the apparent disappearance of large funds and the increasingly disproportional distribution of wealth worldwide. As central banks gather to stimulate global economies, default rates and zombie entities are increasing, which will also become very difficult to control and support the good ones thereof. Transparent criteria to protect responsible entities from those seeking a part of the mass stimulation without positively contributing to the environment is vital to supporting genuine jobs. 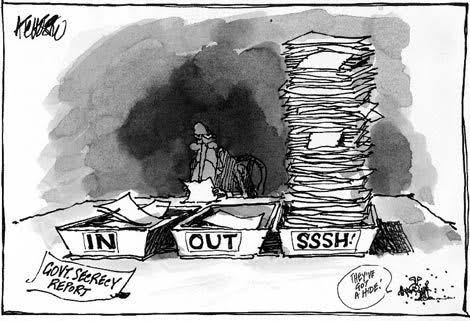 According to medical researchers, if the governments withheld their strict guidelines a little longer and delayed the reopening, even if it would have been more costly financially, the outbreak would no longer be a threat. Commodities and currencies during the first few months into the pandemic began deteriorating where gold sought the contrary rise, which many investors and stakeholders found it not benefiting. As they pressure governments, in the name of employment and GDP to reopen the economy, the essential judgment as a response seemed very dull in nature. As explained in “Health and wealth go hand in hand like water and oil,” administrations worldwide from centuries and millenniums ago would quarantine the sick and move the healthy to higher grounds until the infection dissipates and for the dangerous waves of contagion to pass. an emergency would explain that even without an advanced medical formation, their perceived clearness being the default response and uncomplicated instructions protected the public and saved many lives with zero impact on an essential thing affecting the world today known as the macroeconomy. According to officials, “basically any decision, however minuscule in nature it might be, will contribute and directly or indirectly affect the macroeconomy.” The globalized nature of economies pushed them to become more oriented towards international adherence to norms and standards that may be harming some, benefiting others. The capitalist based infrastructure of the macroeconomy allowed a disproportional allocation of stakes and irregular delivery to corresponding industries worldwide. This is one of the reasons why governments may be inclined to jump a few critical steps to reopen the economies.
Previous administrations response to contagions would also suggest that viruses are not necessarily within direct distance with an infected carrier, but also the theory of airborne contamination from continuous emissions and distribution of carbon dioxide per square meter, which may hold to surfaces if not also travel on the speedy air currents encountered in 2020. According to analysts, the virus is still not fully understood, which is the primary reason why leaderships are not transparent, given that knowledge portrays power, decisions portray knowledge, and comprehension portrays decisions and understanding of the issue at hand. If most decisions, mainly from leading developed countries, are average at best, then this would cripple a system based on recognizing the problem, and hence a grip of things in a state where the power of COVID majorly bettered and outdid every leader and administration of the modern order.

As the death toll crossed a million, analysts suggest that we’re back to square one, and even worse, that not only will the economy and public health be in a crisis, but also the political order. should governments have prepared willfully for such an emergency, plans would not be an “improvised mess.” Politics rely on people’s confidence in the decisions and measurements appropriated daily that should always protect, support, and guide them to prosperity and security. However, as employment, inflation, indices, health, and investments become more uncertain in question, every government’s leadership is on a lifeline in the eyes of the public. The battle of the giants today between states, especially developed ones, is through the race to tackling the most powerful, COVID. Whoever succeeds in safeguarding their country from the virus wildfire, while maintaining an appropriate and steady economic growth, is the winner and achiever of excellent leadership through the most challenging times in the modern world. As explained in “Socio-economic truths about COVID,” a few countries including Russia and China are recklessly racing for a vaccine, even if many critical phases and evaluation stages are surpassed, only to be the triumphant in name at the very least than actuality, economically and socially, with reference to the COVID race. Appearance is more important by far than real applications nowadays, especially when politics and leadership parties are invariably at risk from opposition and people’s preference for leadership. 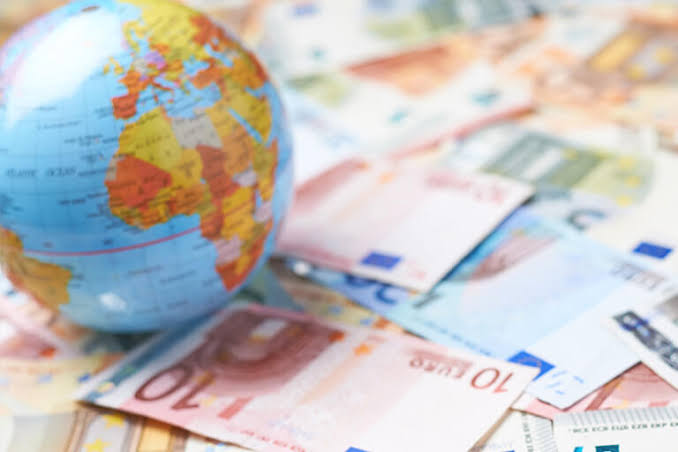 Currently, due to the novel and more dangerous spread of the coronavirus’s second wave, administrations are rethinking their rules regarding curfews, lockdowns, and mandatory quarantine. Cases worldwide spiked by the end of September 2020, where people began looking for answers and where did things go wrong. According to a simulation on the second wave and its factors, carelessness is not the only contributor to a rise of infections. As confused as everyday individuals are, governments are also scratching their heads on how to be victorious. Little do most of them know, globalization is one of the drivers of the rise, and most recently, obscurity and incomplete transparency. According to a survey on civilians and the second wave of COVID, “all we see are the news shown to us on TV, Internet, billboards, and infomercials. What is happening behind the curtain is oblivion. We are like real-life lab rats to their decisions.” Democratic measures require majority support for methods and decisions, and if the population appropriate a different way of things, in democracy’s definition, the order would be paralyzed. According to physicians in developing countries, the guidelines provided to them are very basic and ambiguous. They no longer have a transparent overview of what’s happening from a more in-depth insight, “cases come by the thousands, yet our medicine is no longer preventive, only supportive. We need to understand matters with full disclosure in order to perform our responsibility in a better fashion.” The first respondents and line of defense against COVID should be supported uniformly to protect society from a perpetual danger. If not, the tiny enemy will have a higher chance to rule. According to critics from developed countries, governments from developing countries in the last few months began fabricating COVID cases in order to be entitled to an international financial aid package and stimuli from central banks with loans at zero interest rates. The lack of transparency by a government to international organizations or neighboring allies creates a vacuum to the increased manufacturing of data for personal and political benefits. If all governments truly and unanimously followed transparent and explicit guidelines on all significant features relevant to the fight within a country, borders, trade, and economy, then COVID would find a hard time thriving in such conditions.