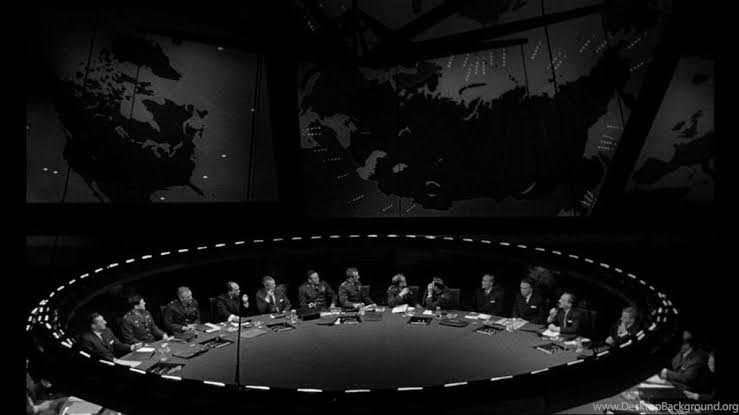 What does it mean by “government within a government?” Who is the actual controller of administrations? How are governments‘ operations dictated nowadays? What specific characteristics portray this practice that is known as a political conspiracy against known standards? Are we electing the right party to lead us? Should we comprehend a never-ending struggle for secret control? How deep does this go within every government?

Roles of government and actual command of decisions to the benefit of politically powerful bodies. 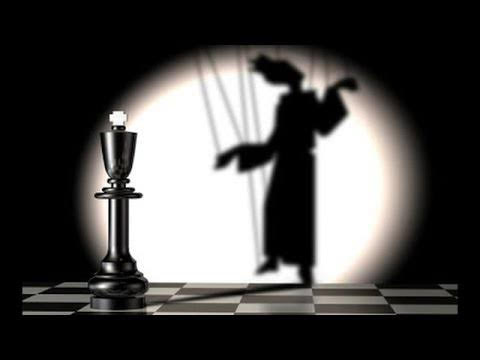 Governments’ primary role is to administer and move forward laws legislated from parliamentary decisions. As they are voted, legislations are forwarded for execution. The legislative and executive separation of power is adhered to in a modern democracy in order to balance the authority given to each branch of government where they can check and oversee the other. The judicial body responsible for judging administrative duties is also another branch that delivers justice and enforces the laws enacted by the parliament and diligently executed by the government. Given we live in a world where everything can be twisted according to the benefits of politically powerful entities, some countries’ governments also yield all branches of power. These types of systems are evident in kingships. Unfortunately, some democracies also have a similar quality, even if branches are presumably divided. In order to wield the full power of control, these democratic countries retain central cohorts, most often without a clear position or title, that commands government execution, according to the evaluation of former ministers from emerging countries.

They incite the idea of confidential chambers, away from the reach and inspection of democratic institutions, within their already known and elected executive body, reviewing policies and “magnifying” legislations in the effort for moving forward decisions that benefit their objectives, as per their discretion and choice of accord between the ruling persons. According to simulation on the history of “surprising” democratic measures executed by governments by means of the traditional voting system within the legislative and executive bodies in developed countries, a few numbers of events occurred where the majorly expected outcomes were altered or tweaked, especially at the last minute, only to produce something that benefits a limited number of bodies. As the saying goes, “money talks, power locks, difficulty walks.” In order to become president, a politician or independent should be high reaching, well connected, and with strong potential of steering the country in a particular direction. All of these traits are acquired through experience and by retaining the correct entourage. Sometimes we may witness poor decisions moved by presidents that simply go against logic or values promised to the nation. Overlooking corruption and taking into consideration countries with advanced democracy, at the very least, executors’ role should be effecting the regulations declared by parliaments and taking judiciary notes into significant consideration. When decisions or policies are effectuated, and they do not progress diligently or comply with agreed terms between the branches, that calls for reflection, provided that all rulers of democracies are under the umbrella of the constitution that can initiate investigations to put a stop to any sort of political crisis. 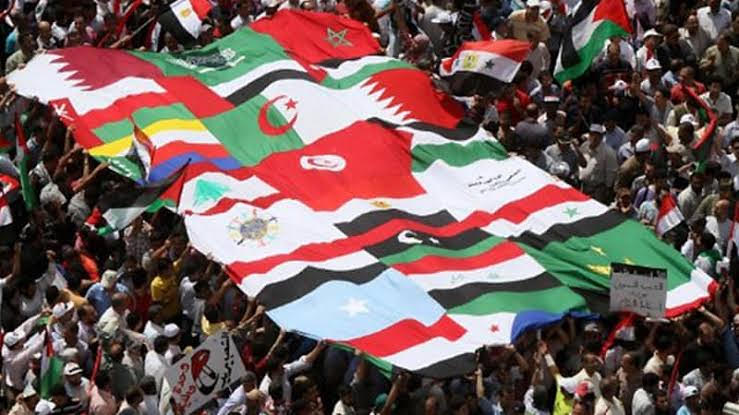 Ever since he claimed power, Trump had been moving forward very delicate agendas for Israel by means of US recognition, besides his long-awaited yet very troublesome Palestine-Israel peace plan, starting with the annexation of Jerusalem as its capital and claiming Golan Heights with a “strategic” defense justification against terrorism and other security concerns, ignoring International disregard to the one-sided recognition and straining the already distressed status of the Middle East, even if Trump does not have the legal authority or jurisdiction to enact such a move globally. According to strategists, Trump is not someone who simply gives a gift without return. He retrieved more than a trillion dollars from GCC states in terms of “safety and security” checks, steadily exploiting Iraq and the Levant’s oil through American companies, and benefiting from the continuous division and competition of Arab countries. Provided that his measures for Israel yielded no clear economic returns, at least to the public, other than being called a very risky move from a socio-political perspective, the only viable possibility for exercising such a significant action that all kinds of unions and international organizations denied implies the more prominent issue of supplying the demands to a deeper, more central, authority of control. So, how deep do shadow systems go?

Directives magnified in the Arab World supplying the demands of the “Chessmaster.”

As explained in “The Tragic Democracy in the Arab World,” staggeringly, all democratic countries in the Arab World face foreign penetrations to their sovereign that directly affect execution and enforcement of laws. Administrations rely heavily on their support to maintain their placement, given that leaders’ approval ratings are almost always below par. After a thorough reflection on the rolling incidents of 2010’s Arab Spring, when most Arab countries rose against their “democratic” leaders, there was a clear sign of political contrast between each regime. Leaders with no foreign support, or lacking a significant role in backing their presence, fell quickly, leading to substantial reformations in a country’s constitution, such as the dictators of Libya Al Gaddafi, Tunisia’s Zine El Abidine Ben Ali, and Egypt’s Hosni Mubarak. However, for countries where the leaders have intense foreign penetration and support to their administration, their placement has survived the uprisings and is alive today. Such as the dictators of Syria Bashar Al Assad, besides his father that reigned close to 30 years crushing all kinds of rebellions against him, and Bahrain’s Al Khalifa. Did we thoroughly analyze the reason behind such a concomitant rise in Arab nations against tyranny and totalitarianism in the name of freedom and equality?

Foreign penetrations make a significant percentage of the inner, and actual, government based on their power, which directs the outer shell and dictates the order. According to former politicians from developing countries, whenever the media speaks about retaliation against a specific political benefactor, it is mostly fabricated only to level any sort of suspicion as to who is controlling the country in reality. Foreign secret penetration is also known as modern day’s expansion where powers are able to colonize without the use of force or physical invasion that is heavily scrutinized and despised by international bodies, organizations, and the general public in the name of “peaceful coexistence.” This is also more efficient in terms of commanding through the reduction of civil retaliation, given that the face of the country is ruling under their flag. According to a survey on modern-day expansion and invasion, most people seem to think colonialism and expansive measurements have ‘died out’ since the last century. Little do they know, the only difference between tomorrow, today, and yesterday’s invasion is mere strategy. Strategies of modern expansion tactics outlined by foreign powers are mostly inner governmental, taking executors and decision making bodies under their wings through financial and political persuasions, or toppling them for a more beneficial replacement. 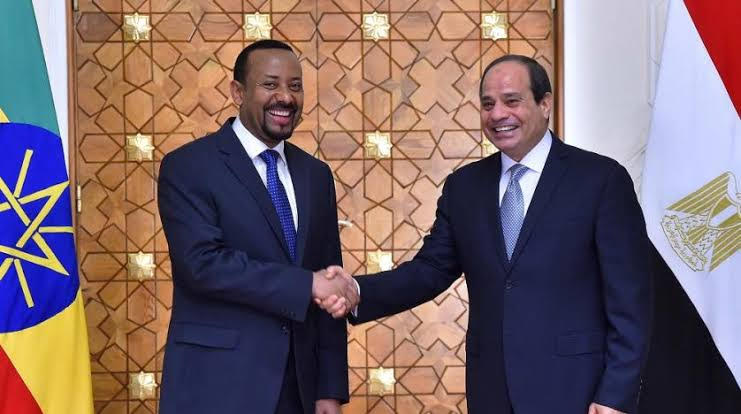 Egypt’s response to the Grand Renaissance Dam of Ethiopia on the Nile is shocking. The Nile is Africa’s landmark and only river with North-flowing current that Egypt and Sudan retained its rights since the 1929 and 1959 treaties with substantial veto power against any kind of projects that may hurdle the flow’s stream. Where water is scarce, the country’s major economic source is agriculture, relying heavily on the river, and Lake Nasser, for the domestic production of goods such as rice and banana. Now that Ethiopia will procure the river’s current, publicly announcing it “Ethiopia’s lake,” its current will remain shallow for five years straight, where Egypt’s quota will wane, a major part of its exports will diminish, relative goods supply will decrease, raw material prices and costs of production will inflate, supplier positioning will be strengthened, end products prices will skyrocket, and demand will reduce due to the change in those supply-dependent economic characteristics where the aggregate equilibrium will be at an all-time low. Any reasonable ruler would strongly respond at any cost to this “invasion” of a vital and legally owned resource that runs majorly throughout the nation, equally weighing on their wellbeing and economic survival. Measurements outlined by El Sisi seem very foolish and lacking in leadership, but even more so very surprising given his track record as army general for several years, where military options are not as challenging to strategize and operate. Similar encounter to his “gift” of two Egyptian islands on the Red Sea to Saudi Arabia right after his reign to power resulting in significant Egyptian loss of maritime and territorial waters privilege. According to simulation on the coup of Egypt’s military toppling Morsi’s government in 2013, they had major foreign backing to overthrowing Morsi who strongly refused the construction of a mega-dam on the Nile, gifting national lands or territorial privileges to Neighboring countries, or strengthening certain types of relationships with foreign bodies, besides other agendas. Now that El Sisi forcefully acquired the position, and will be for a long period, his inner government coalition of foreign powers’ demands are being met one by one at the price of the citizens’ living standards and their wellbeing, as outlined by officials of the former governments, where many industries and commercial sectors are majorly affected.

Negligence of governments and the attributes of today’s leadership.

The explosion of Beirut’s port on the 4th of August, 2020, where Lebanon encountered high economic, mortality, and health sector costs, on top of COVID overtaking Beirut’s hospitals, during heated Israeli-Lebanese Shiite militia conflicts, can bring forth the issue of struggles and their impact on the livelihood of civilians. The explosion that was characterized as a “little” below a nuclear’s magnitude, leading to earthquakes and feeling its impact by neighboring countries, is a “perfect accident“ during such distressing times. The result of negligence by the administration to taking care of the tons of ammonium nitrate, besides other explosive contents, from the port explains the recklessness witnessed by governments that face ongoing unrests and their disregard for the importance of public and national security. A primary reason behind a country’s turmoil is the leadership’s oppressive grip on power that yields massive psychological disorders. Grandiosity Egomania, this complex is the main similarity between dictators in history who fought greatly to maintain their power. Not to mix innate with learned attributes, this need for continuous superiority is acquired after receiving the power. According to a simulation on tyrants throughout time, they all encountered similar characteristics of order and command, touching upon the learned psychological behavior known as an obsession for power. The social title itself creates a shocking need for power retention at burdensome personal costs. Not so different, modern-day tyrants exercised the same measurements even if numerous lives can be withered. Provided that humans are highly susceptible to the “virtue” of power, and that can only be retained today through extensive foreign support, to what extent are countries tangled? How extended are those networks?