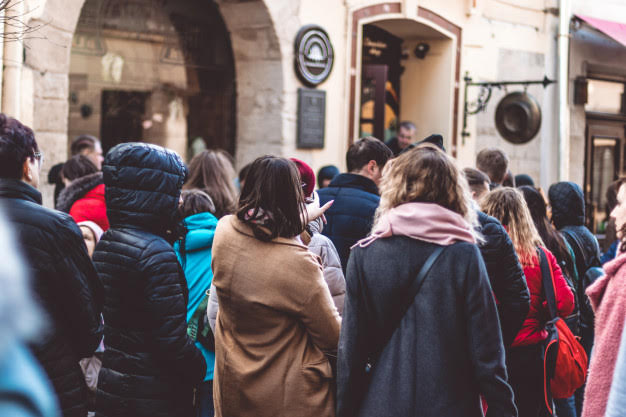 How is technology accommodating human flaws and inefficiencies? What consolidates the need for additional layers of digital transformation every now and then? Are recurring advanced technologies improving normal human lives? Are companies seeking to improve until the point of no return? What characterizes the need for perpetual development? Is human imperfection the reason behind tech imperfection? Why is technology never perfect?

Ever improving feature of technology incites continuous expensing beyond need 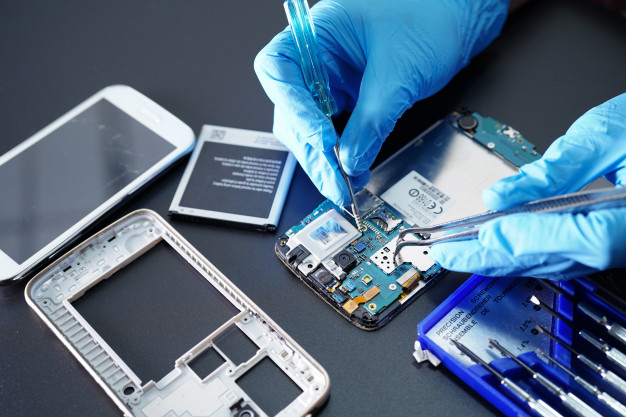 Technology is at a “perpetual developing state,” according to system engineers. Even when we encounter a highly efficient or advanced system, one level of improvement is just days away. The rate of growth per day exceeds normal levels and expectations that the end-user would need to simply acquire more and more for the sake of not running into the trouble of being behind the group socially or commercially. According to a survey on young adults and teenagers, purchasing an iPhone every year is a normal phenomenon that allows them to cope with development, even though a significant percentage of them do not comprehend the technical specifications behind the various devices. This is mainly stemming from their understanding of society’s favorite elements and the requirement of staying socially afloat in the loop to the ever-developing state of speed and fashion.
For companies, software tools and intelligence structures are as well mostly a periodic commitment that needs to be remodeled perpetually as per the new features and qualities involved. The reasons identified relate to a change that is sometimes “barely noticeable” by some but “crucial” to others. According to a survey by managers of acquisition at companies, allocating a yearly budget for database improvement is necessary by top management “who have no clue about the actual systems behind the original structure or the change that is recurrent.” The business of transforming preexisting technologies periodically demonstrated the highest growth rate in the industry, demanded by people’s loyalty to the brand and adapting to any type of change over the actual specifications of the object.
According to digitization specialists, “perfectionism is the brick and mortar of improvements.” Without this trait that most company directors possess, technologies would sink and remain outdated or infrequent. “Unadaptability would be a crisis, given the increasing amounts of data and demand for better solutions.” This characteristic contributed to the speedy growth of the industry, given the imperfect solutions of previous products that the results of trials often show. Nonetheless, this growth is directly correlated with less intuition, intelligence, and creativity beyond the scope of the internet, hindering worldly innovations and narrowing them to digitization and technology. As explained in “The human intelligence is at risk from perpetual development and ever-increasing speed,” human intelligence is highly affected by such perpetual development that seeks to achieve “explosive speeds” of processes, risking the intellectual prowess of the current heavy users and the next generations to come.

People are becoming more “shoppers“ than “users” of technology 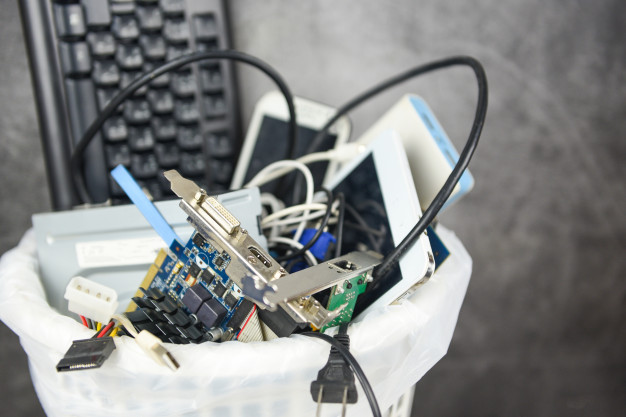 Society is installing impounding pressure on individuals and families to be owners of technology. Not just normal tech owners, but becoming novel tech owners of the frequent incremental improvement to the same objects. “Obsoletism” is an inadequate annotation to be imprinted on a possessed technology. This quality is relative to a more social understanding and psychological need than the presumed “imperfect delivery” of the year or less than a year old technology. The A14 chip is better than A13, no doubt, but to what extent. This “mere” difference is compelling the allocation of a yearly budget amounting to $1000 and more, if speaking about smartphones only, that exerts a certain need for financial security toward luxury. The largest demographics of buyers are adolescents in developed and developing countries. “Having the three camera lenses is better than two for sure. Why? Apple knows.” The blind trust and reliance on the manufacturing company give significant power to the entity for controlling the game and social adjustments, respectively. In 2016, when Apple decided to remove the earphone jacks that most smartphones usually have to “reduce the length of the phone and empower the new fashion, weight, and performance,” it faced some criticism by customers, which eventually evened out when people accepted this unusual shift of norm. The social power wielded by companies on the options of individuals demonstrates a fear that choices are always equipped by industry leaders for goals beyond expected financial profit, where maximizing shareholder‘s wealth shall be achieved unconventionally. “Keeping the stocks from sinking and on a stable growth is the prominent objective of a large publicly listed company. It would do whatever it takes for it, no limits.”

The development of perks is exceeding conventional standards of finances 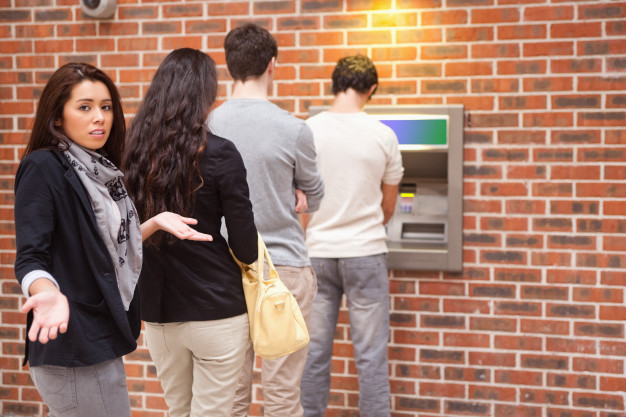 The ratio of cost to development exhibits hundreds if not thousands of dollars for an incremental upgrade in speed or camera quality, as identified by financial experts on technology. These quick improvements are considered extensively amplified in marketing by being largely overpriced, where the frequent sale is more relevant to fashion and design for self-satisfaction and social purposes of the existing customer. Going with the flow of the surrounding and ever-changing environment than the improvement designated for in technology. On the other side of the world, certain companies are producing tens of phones a year with annual upgrades, depending on demand, which simply means that teams responsible for each series are quite divided and segregated from the others in terms of research and development, striving to attract and retain all groups of the identified demographic ranging from the poor to the rich through producing and manufacturing all types of smartphones, from the low cost and economic to the differentiated and quality. According to a survey on consumers of mobile phones, they are almost always confused about which Android phone to buy since many are “similar but different at the same time.” This significant “audience and customer base of the world“ strategy was also imitated by American companies, given the significant market share the Asian mogul has retained. However, they have limited options to prevent customer confusion and dissatisfaction when purchasing. 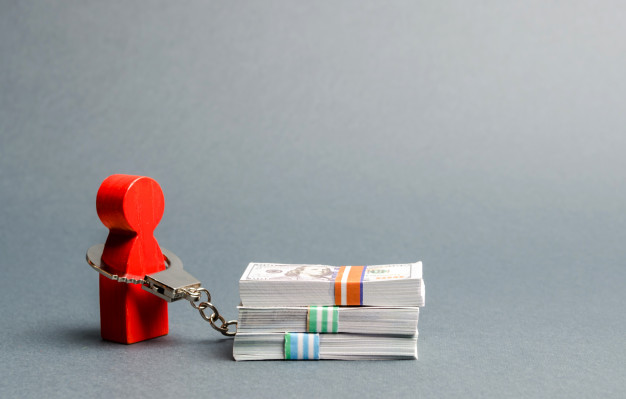 From the less pricy products to the more expensive, this is continuously promoting an irregular society in measures beyond our control. The advertising strategies followed by these companies, illustrated by their attractive displays, pressure buyers into using their maximum financial power, sometimes beyond, to acquire the highest possible range given the specifications involved in comparison to their counterparts, neighbors, or predecessors. According to financial reports, a large proportion of adolescents are “in constant debt” by financial institutions and telecommunication companies for acquiring the desired smartphone plus the annual upgrades, which is a never-ending cycle until “true human enlightenment,” as identified by theorists on economic baskets. The tactic followed by these tech companies for postpaid installment payments through the financial or network provider influences individuals to be more “free” to purchase, expanding the audience as much as possible, but shackled in reality by the debts. A retail-related pyramid scheme, where every year the company demands extra money for a “better livelihood and experience,” is a long term market-retail strategy. These debts at such a young age also incite the “normality of indebtedness,” the predominating value of an American, before even going into college or a full-time professional position to financially secure a standard of living. Being in debt, for the first time and ahead, creates a fundamental change in the mentality of the human that eradicates ultimate freedom notions, pushing an individual to be “a puppet to capitalism.” 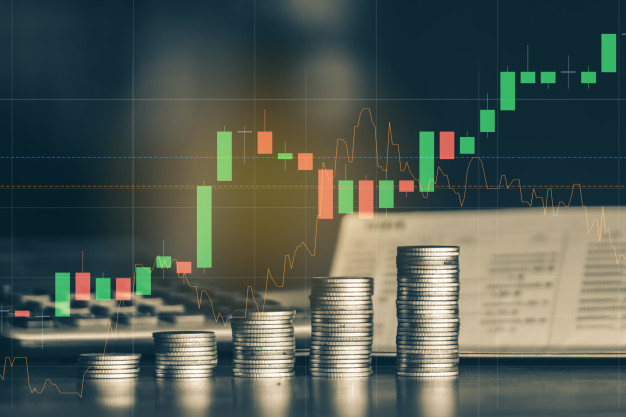 Awareness for the importance of financial safety, especially to younger individuals, is at an all-time low when online retail, technology, and significant transformations are very frequent and endorsed by the prevailing society. According to reports, developed countries worldwide are in an ongoing state of budget deficits and indebtedness in some way or another, where this natural state is increasingly reflecting onto the people. Financial insecurity from a young or immature state psychologically distorts the person’s thought and normalizes the standard of living chained to an increasing debt by a “legalized capitalist based scheme,” or interests, which is also a direct contributor to the unequal distribution of wealth worldwide. The accumulation of interest on unpaid debts, especially in a time of worldwide reduction in wealth, is only benefitting to the very few that the majority may suffer. As explained in “lack of monetary supervision and neglecting the importance of investment protection risks rising troubles in the global economy,” the money circulation, which is well known to be never-ending, is eventually achieving an endpoint that is shocking the economists who understand the free-flowing nature of the economy and globalized trade. If overall wealth reduced and money has an endpoint, even though banks are printing more currencies, where capital markets are the only arena for fluctuating value of an asset, where, what, and who is responsible? Fixing it requires adjusting some dominating standards.