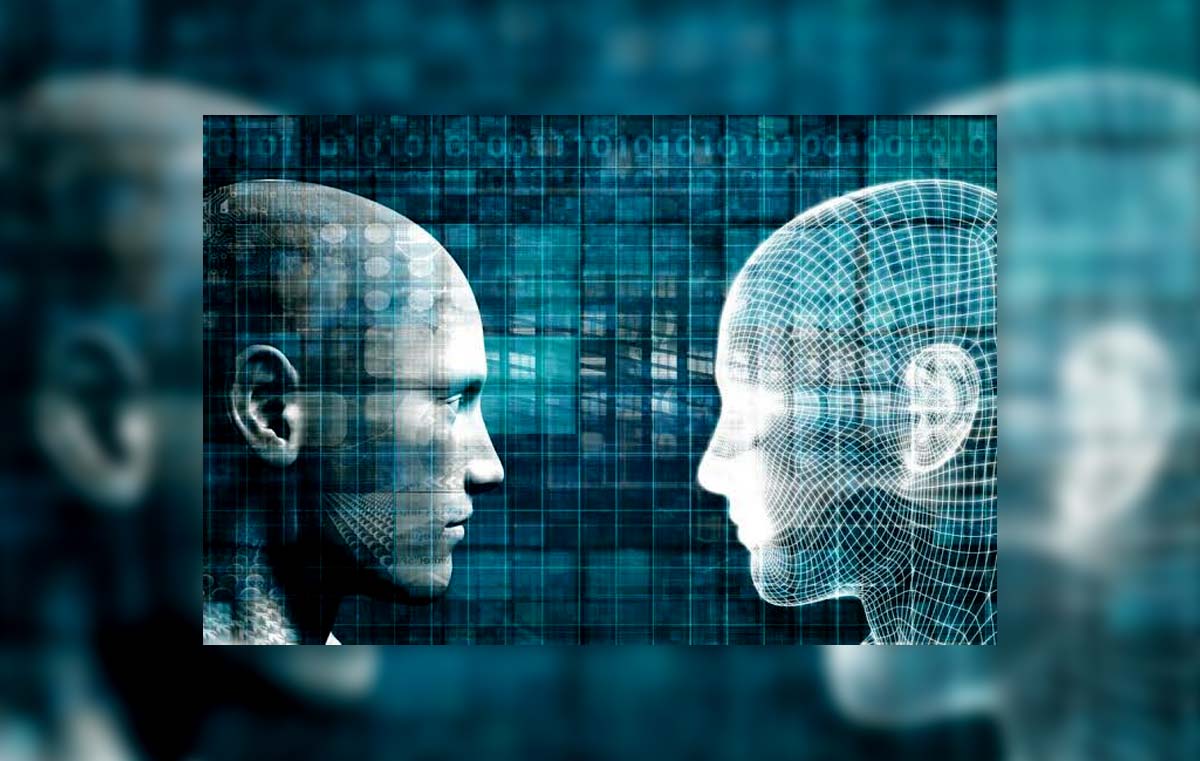 Does the exponentially growing Intelligence of man-created objects inversely correlate with our levels of intelligence as humans? How are individuals evolving, or devolving, over time? What factors contribute to our prosperity as the most dominant creatures on earth? Are we creating our downfall knowingly? How has language’s evolution over time affected our way of understanding history and teachings? 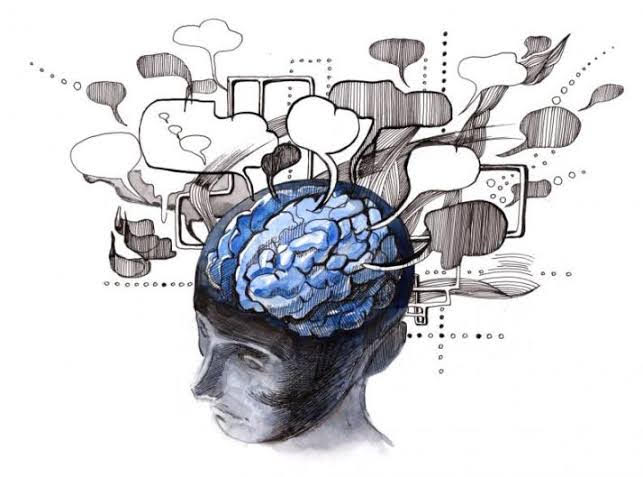 As technology advances, so does our way of processing information. Since the beginning of time, humans aspired to grow their intelligence in order to better perform daily tasks and operations. Continuously relying on human-made objects to aid us in performing tasks may not necessarily be very beneficial with regards to the evolution of human intelligence. Only until the last century, we have started exploring intangible developments that help us in performing more advanced tasks. Only until the last 5-6 decades, we have established the infrastructure for the “greatest innovation of current times”, the internet. All novel developments rely heavily on the internet, from mobile and web applications to network connectivity to large back-office databases to surveillance and security by the government. Its presence to governments, conglomerates, and individuals may be as important as Oxygen. Before the calculator and all these periods of discoveries, we as humans exercised our brains very frequently by performing these simple to complex analyses to the extent that allowed our thinking to evolve, leading to these radical innovations.

Speed of processes devised by today’s technology is far greater than normal mental functioning. Given that speed has been the superior quality and characteristic of novel innovations, going back to our natural processing would be equal to ‘regressing and hindering’ development, provided that entities can largely gain or lose within milliseconds. The internet’s speed has developed massively over the years to the extent that comparing a few years ago to today is identical to looking back in time to past eras. If we continually rely on the internet as being the most significant achievement and discovery basing our evolution, intelligence, and tomorrow’s changes on it, it is highly likely that we, as humans, will not be able furthermore to innovate something of a similar magnitude and importance. Sometimes taking a step back from technology, allowing matters to slowly function through natural mental processing, is the actually needed development.

The late-century creations have shifted many industries to the extent that it became near necessary to exercise them. Given that we, as humans, are highly dependent on these manmade creations, which led us to develop tolerance and the need for more, its dependency will require us to increase usage in order to maintain a similar level of impact on our duties and lives. Decades ago, portable phones were nonexistent and mere fantasy. They then became real and later transformed to the extent that entire operations can be done on them. Whatever “smart” the trends and changes are, their direct impact on us may not be what we desire, directly contradicting our primary purpose. 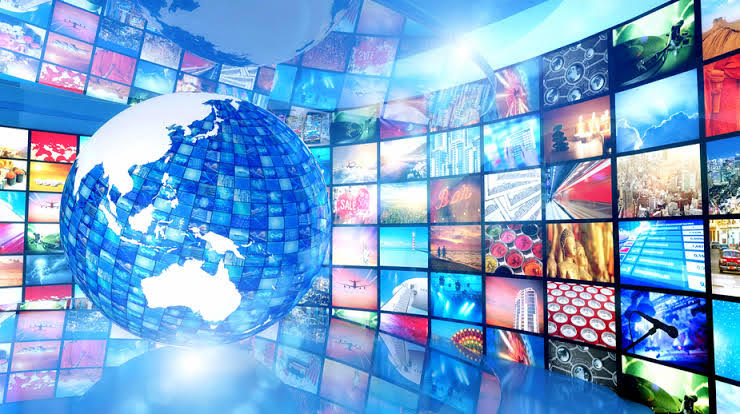 If, for instance, an individual decided to lose weight for health reasons, comfort and rest, also known as the drivers for disuse atrophy, are not viable options. Continuous, and increasing in difficulty, physical activity is required by those individuals. For more critical conditions, active or passive therapy through frequent exercises are methods conducted by physiotherapists for individuals who need to regain a certain level of functionality within their body parts. Physical activity makes the body more physically stressed and uncomfortable for an outcome that is most often valuable to the human’s health, as well as progressing the muscles by strengthening and enlarging them. Unhealthy lipids occur due to lethargy and bad habits, while muscles occur due to exercise and training.

Similarly, our brain is a large muscle with a very complex and swift neural network that stores, controls, and devise our decisions. Dementia, Alzheimer’s, and other forms of mental devolution usually occurring at an advanced age are directly correlated with misusing this muscle. If we continue to rely on computers for faster processing, and Word Document to write our papers, in the very near future the next generations might not even know how to process tasks using their intellectual prowess and may lose the gift of writing with a pen and paper. 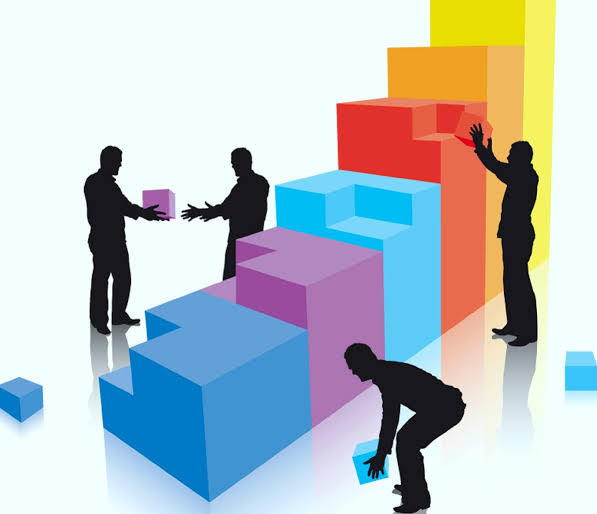 Modern technology was not created by itself. Humans innovated and contributed to its growth, which is becoming very frequent. Merely ten years ago, smartphones were not as smart, artificial intelligence was simply a dream, and online social and trading operations were not as exquisite. Nowadays, all of these tech improvements have developed staggeringly, giving our back-office functions to robotic process automation and our more advanced tasks to artificial intelligence, while providing simpler and basic functions that do not require frequent, critical, or complex mind thinking to human operators. Reliance on machines and software are mainly explored due to the observed area of uncertainty and error within humans in comparison, in addition to expenses and liabilities. Technology, in its main form, depends on humans to maintain its existence and development. Has there ever been a piece of technology that was continuously flawless? Humans are imperfect, and imperfection cannot lead to perfection on whichever scale.

Given we rely heavily on things that are created by us, we would be defying our purpose of continual growth and, at the same time, contribute to our devolution in a series of imperfect creations, even if we believe we are on the right track to human maturity and optimization. As scientifically theorized and observed by psychologists, we as humans only use a small percentage of our brain‘s power. According to simulation on the logarithmic trend on the usage of the human brain’s capacity in history, taking into consideration each century’s development of vital creations for mental exploration and intellectual thinking resulting in law and order, our utility of the brain ability is decreasing over time mainly due to increasing levels in mental inactivity, routine, comfort, narrow responsibilities, and sheep-like lives dictated by social and political trends envisaged by popular icons, all of which are positively correlated with tech advances and humanmade developments.

Humans’ purpose, however, different people’s perspectives are, is to develop and grow on this planet. We, as the most dominant species on Earth, are both destroying lands or habitats while building others in the name of development and personal growth. However, growth is a relative notion for the betterness and wellbeing of ourselves and our environments. How true is our purpose being followed by us today?

The improvement in the understanding of entertainment has also contributed to the negative correlation between the intelligence of things and the intelligence of man. Individuals used to entertain themselves quite differently than they are today. Previously, people had stage plays with deep social meanings, higher amounts of physical activities, and extensive reading. Nowadays, it is more oriented towards mind shutting movies, virtual games, risqué content, and senseless music, contributing to physical inactivity and leisure through comfort. Today’s understanding of evolution in this field is advertised by industry critics through creating more portable and less physically active systems. Entertainment hours for humans are as important as productive hours, given that each of them contributes to mental utility and growth.

The human brain, in addition to the younger age that is identified as the primary age group, is susceptible to change and alteration through learned experiences and teachings explored by famous individuals, people with familiar orientation and characteristics, and groups with similar ideologies. If these bodies manufacture leisure content subjectively, the audience may be highly susceptible to a change in behaviour exhibited by an alteration in mental processing. Provided that entertainment nowadays is oriented mostly towards “brainwashing” through means of virtual livelihoods and realities, indirectly manipulating the audience’s psychological orientation and processing, it will positively contribute to the devolution of human intelligence, its diversity, and openness. 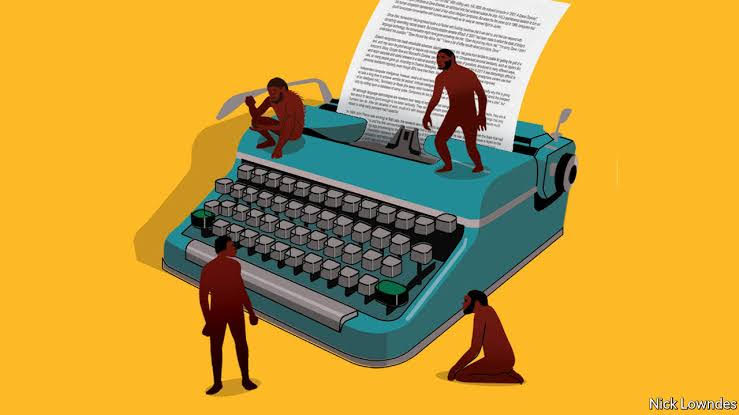 The evolution that occurred in the comprehension of languages due to the transformation of understanding is also a sign of change in mental processing. Due to ongoing improvements, humans tend to evolve their way of conception and create new nomenclatures to fathom the full extent of these advances relatively. Merely a few centuries ago, the English language was quite different. The meaning of books from millennia if not centuries ago, that was not fabricated or manufactured over time, is difficult to comprehend today even though the main spoken or written language is similar. Besides constant development, Humans’ expression using verbal means, that once was largely diversified due to the existence of numerous heritages around the world, had been majorly diluted due to their rising extinction of cultures. Globalization, the dominant player that portrays collective development for the better, is a major driver of this cutback.

The stronger the integration between cultures and countries, the larger the unified embeddedness of ideologies and principles, hence the resulting outcome of languages hybridization. Hybridization leads to languages reduction, sometimes complete extinction, while retaining only the dominant and fused. When the World had more languages, we had different descents and understandings in history, given every culture has a starting point at a certain period in time. History is the major teacher that we should continuously review, study, and evaluate to better survive and prepare ourselves for worldly issues. With a lower variety of history lines, our mental levels of comprehension may be negatively affected given we might lose a minor if not a major part of our past that made who, what, and where we are today given that human and environment’s evolution transpire very frequently in time.

Discomfort, mental stress, and physical anxiety are the drivers of success, innovation, and growth of our intellectual intelligence. The body, mind, and senses are wired in a way that comfort and routine will only contribute to maintenance if not deterioration. These systems require training, just like other bodily parts. The more we train and exercise our minds, the stronger are our levels of processing information, which directly contribute to increased learned intelligence and experiential wisdom. We are the most dominant creatures on Earth, and the only part that puts us on top of the food chain in comparison to other life forms is our brain and ability for complex mental processing. To remain on top, we need to keep growing mentally by strengthening our propensity for quantitative and qualitative analyses. Constantly relying on manmade objects may not only reduce our mental abilities, but also lead to a bigger fall from the evergrowing, or ever-developing, cliff should these objects blow out or ‘Burst’, as explained in the article “How Strong is The Internet?”.

If we continue to allow our children to use pieces of technology for entertainment, staying indoors witnessing digital animation while majorly ignoring physical activity and mental functioning tasks, can we honestly say that we will continue to grow and innovate? We need to tackle this problem swiftly to avoid a more profound plunge in intelligence.