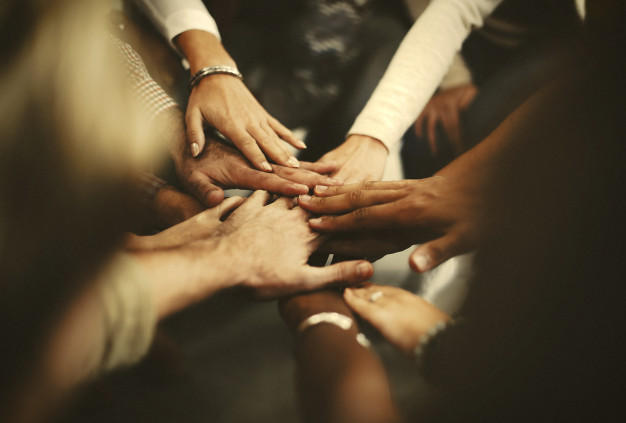 How are we empowering the precious diversity of the people around the world? Is social discrimination and segregation a part of our teaching for more than a thousand years? Are cultures always going to be isolated, no matter what? What is the driver of people’s choice to be different? What is influencing internal separation and non-unification on every level? How different are people? 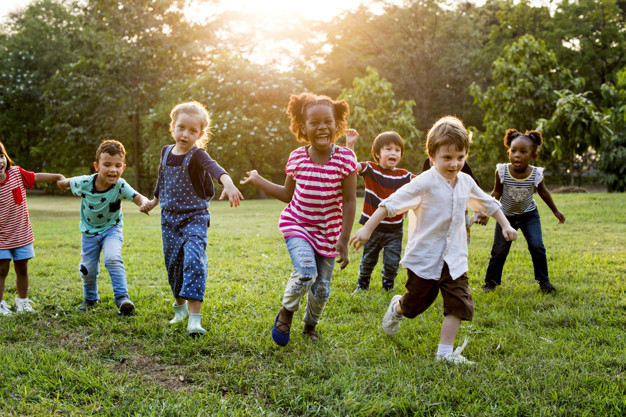 The mere uniqueness of the human race is the difference, which is why there are numerous kinds of people. From cultures to countries to borders to beliefs, humans have the choice to either cherish this diversity as an act of civilization and openness from the sacred teachings from over a thousand years, leaning towards helping each other in solace with a divine diverse-but-united purpose, or overlook the matter subjectively and become an added reason for increased disintegration and continued forms of disagreements. Innately, as seen by children during daycare and nurseries, people ultimately appreciate one another regardless of background, gender, or race. According to a simulation on children from different cultures, they never portrayed a hint of discrimination or dissimilation, focusing entirely on entertainment and fun, which can be achieved when all hand colors are institutionally on deck without any form of superiority or prejudice. However, such strong bonds of nature are always impacted by society. Society is the direct contributor to segregated mentalities and discrimination on different levels led by past and contemporary teachers of the dissimilated identity seeking supremacy by destroying a particular group or belief that corresponds to assimilation, as identified by archivists.The usual method is known as divide and conquer, which does not only pertain to war strategies or politics of combat, but also onto a deeper level of mental division, dissimilation, disintegration, exclusion, and disbelief that can ultimately allow the hating party to takeover. Hostility towards different cultures with intentional denial over actuality contributed to the expansive segregation in modern communities. In society, the unequal hierarchy between individuals resulted in heightened levels of dissatisfaction with presumable justice. If society empowered unconditional equality with abundant standards of mental integration with a principled social code, our path to world peace would be ideally real. As explained in “codification of customary social law 2.0.2.0,” governments need to reform their regulations with the addition of customary social rules that promote the appropriate way of living and interacting with one another in a concerted understanding of ethics, morals, standards, and norms, enabling the path to human growth and prosperity. Human livelihood is based on being free to choose, promoting the multilateral layers of diversity and differences, taking into consideration beliefs, traditions, and personal aspirations. According to intelligence, we are growing exponentially apart and segregated regarding direction, guidance, and choice due to the surrounding influence in the environments. As identified in the sacred book, even if all humans were of one culture, background, belief, or tradition, they will still be different.

Human diversity is a gift to humankind. The goal is to interact and comprehend different cultures as representatives of varying parts of the world. Every person understands their area and can better reflect using their expertise and skills inherited from it thereof. Globalization needs to be reformed to the “more correct” way as a necessity for a prosperous world, mandating a profound change in comprehension. According to evaluators, integration is not merely about economic trade, diplomatic ties, military alliances, joint policies, or cooperative unions, but also about understanding one another without prejudice or ignorance to values that current trends of secularism demand. “Looking the other way or simply allowing someone ‘to be‘ is not necessarily the right course of action. Opening up, mixing, interacting, and mentally accepting each other under one sky as one planet is the right demonstration of true globalization.” After Emmanuel Macron’s comments and support to defaming the symbol of Islam by an abusive satirical newspaper thriving on the constitutional right to “free journalism,” he promoted inequality on a superior level, even though recently he started backing down from his previous remarks due to boycotts and other economic repercussions. Muslims in France faced discrimination, discontent, and assault, while other religions captured higher support and protection. As revealed by statistics, only up to 2% of terrorism in Europe is relative to the radicality of the faith. Yet, the media stereotyped the terrorist title to Islam only, neglecting the remaining 98% performed by groups of other beliefs. According to political analysts, media have not stereotyped other religions as terrorists or radical even though they have a relatively higher number of inhumane incidents. The Christian terrorist of New Zealand’s Christchurch, who killed 51 Muslims at their place of worship on Friday, the time of the week for congregational prayer, was categorized as an individualistic event. However, he publicly proclaimed and symbolized to be part of a radical belief and group against Islam. When the Chechnyan refugee murdered the history teacher in the suburbs of Paris, media sources, in addition to France’s government and head of state, generalized the religion relatively. 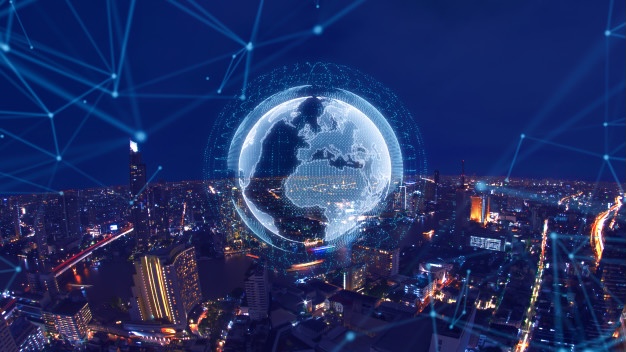 As explained in “Emmanuel Macron Defies the EU,” France’s head of state ignited tensions between major religions and proceeded with intolerable measures by spreading the blasphemous and hateful caricatures and comments on the religion of Islam, directly violating domestic and EU laws, mentioning his need to “reforming Islam in the country,” causing a large societal backlash from more than one billion persons around the world, rather than taking the time to lead by example and ensuring equality and justice for all. In order to achieve actual globalization, it is essential to first ensure internal equality and fairness before assimilating and promoting equality and justice at any round table. Even though modern globalization allowed for a closer physical connection to the outside world from each culture’s reference, it directly contributed to disputes, struggles, wars, and lately, the skyrocketing spread of the coronavirus infection. European member states are proceeding to lock down for four weeks due to increasing infection rates and uncontrollable outbreak. As explained in “Globalization may not be as healthy. Autarky may not be as bad,” COVID spread is primarily caused by increased physical integration, where the call to self-sufficiency and isolation was the right way to fend off the outbreak and save public health, just like China’s method of control and confinement. As explained in “What is Democracy?”, governments are entering into a world unified under a cosmic set of rules, “cosmocracy” or “one-world government,” that imposes physical integration more than empowering the necessary mental and intellectual synthesis. Without proper advocacy to mental assimilation, governments will be united without knowing each other, which will spark a series of conflicts at varying magnitudes.

Politics is the direct contender to proper global integration 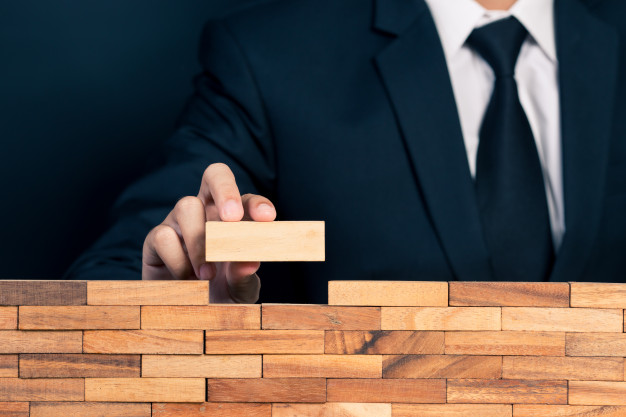 Politics largely reshape the growing difference between people. According to former officials, governments worldwide prioritize their political objectives over any kind of intercultural unity, where leading bodies are “declaring assimilation but assuming dissimilation.” When harmony is parallel to a goal, it thrives and becomes powerful. As developed countries assume power, their decision for integration comes from “superiority and grandiosity” than equality and freedoms among people and states. It is like achieving everything, where the only remaining thing is philanthropy towards the less fortunate for self-transcendence purposes. Principles, however, does not positively correlate with politics as assumed publicly. As explained in “principles and politics,” both notions are inversely correlated where more politics often results in lesser principles, given the natural trend of governance and order for control. The search for power frequently undermines ethical values that strongly capture a society’s image. According to analysts, globalization is treated “negatively” by modern perception. All kinds of assimilation initiatives are relevant to interests or “quid pro quo,” publicly or privately. In order for a president of democracy to win, they must gain the majority votes in an election, plain and straightforward to the everyday individual. Yet, the typical means of getting that is unconventional and often irregular. According to former campaign managers, the usual way is by supplying the demands to all congresspeople and gaining the trust of domestic influencers, rather than convincing the voters of their qualification as a leader of the state. Additionally, sometimes campaigners seek foreign benefactors with a substantial influence on the results, so to publicly retain the “victory by popularity” even if the majority population may not have desired that. Each leader pertains to a different foreign policy and relations that impact diplomatic and economic ties, which are considered the most prominent to local and international support. 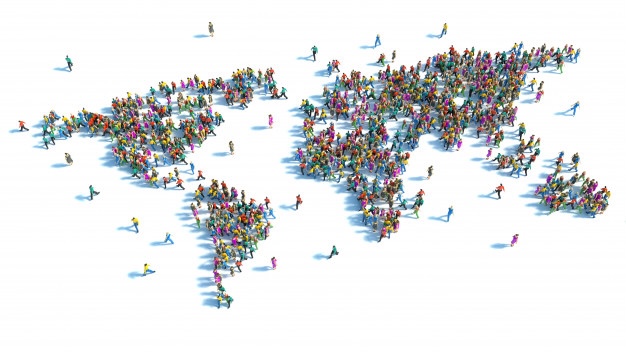 Donald Trump’s Abraham deal mediating between Israel and Arab countries was a very unusual step, given the disproportional balance in favor of Israel over their counterparts that are superficially glazed by Israeli-American leadership and politics. According to officials from developing countries, the presidential terms of developed countries are “disturbing” because of the changes that occur every now and then that they “must adapt at every term to meet their needs.” Any difference that may stem from a conflict of interest, distinction in living standards, or way of diplomacy can lead to a less integrated quality of relations and “social generalization and stereotyping impacting federal equality between ethnicities on international levels.” This demonstrates the highly dissociated parties and groups of government in developed countries, leaning towards changing policies primarily for personal gains and party prosperity. Media, the source that should objectively broadcast all goods and bads of a country, is also a reason behind the ongoing segregation between governments. Its one-sided ownership gives power to the entities behind it, usually manifesting the enemies and others as “more inferior,” as identified by former media directors. It can incite rage, happiness, or peace. The subjectivity of media also drove the domestic societies’ disintegration, resulting in mounting differences than cherishing the ever-needed diversity between people, cultures, and countries. As explained in “Media is the actual and global controller of standards,” a first step towards rewriting history and ensuring balance globally is through demanding an accurate and proper news media.