What is the power of a language? Are they the main source of difference between people? Or a primary source of unification between societies? Are manmade adaptations to language essential? Why does humans’ way of thinking differ every few years? How does a language adapt over time to the changes encountered in society? What language is most developed and expansive?

Language is essential not only to humans but animals as well 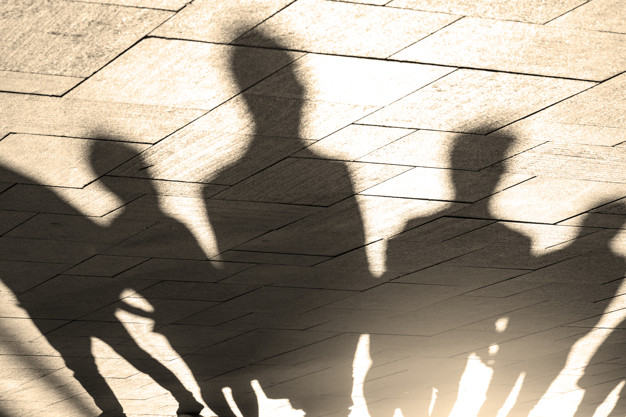 A language is a powerful tool that can cause harmony and serenity, or chaos and tragedy. This instrument develops even before birth, according to researchers from developed countries. Fetuses can listen and acquire syllables that may be further improved after birth, empowering their acquisition levels to relative intelligence and context of the specific language. This feature within life applies not only to humans but other creatures as well. “Most animals can universally understand each other where humans are the only species that can not follow their ultra layered and complex methods of communications that are displayed through a multitude of ways.” Humans’ mental aptitude that puts them in superiority against other animals is demonstrated through the spoken and written language, embedded on different levels of scale. As explained in “Everything bad is manmade,” humans are superior to other species only because of their mental capabilities. This powerful and complexly talented organ can produce highly impactful elements, which can either reinforce or undercut any sort of improvement at a human or societal level. 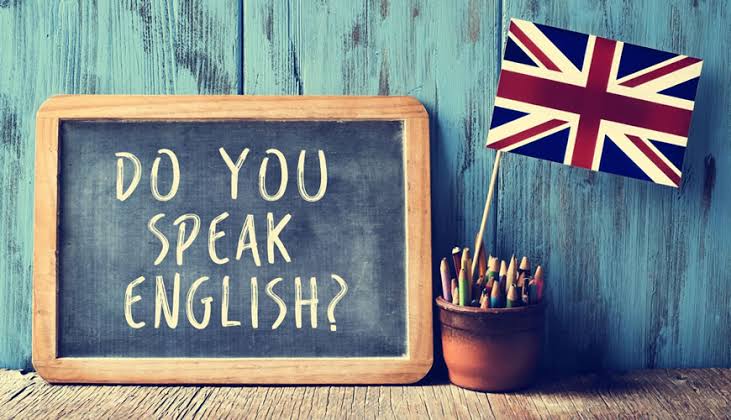 Communicating in a universally determined language allows individuals to become closer and more united, despite any racial, ethnic, religious, or other kinds of differences. According to lingual researchers, humans, since the last 40 years, began an exploding speed into globalization, which was aided by the internet and advances of the digital technology that led to an increasing need to acknowledge a universal language to be used, therefore. Especially to emerging and developing countries around the world who were under colonialism of Western occupation attempts by use of force, embedded languages “were often forced than freely chosen.” Such as the case of Syria, Lebanon, and North Africa in the last century, French became a second language to them, which originated from enforced adherence of colonial attempts, not only physically but also mentally and ideologically, even if it did not succeed in its objective to become the target countries’ primary or native language in the longer term. According to history evaluators on the wars of the 19th and 20th centuries, “the Western method of enforcing a language and culture was more vulgar and violent beyond any human tolerability or susceptibility. This called for other ways of assimilation.” English, the language that took over most of the world respectively on the internet and contemporary culture, was a selection that individuals at this moment accepted and adhered to as the method for shared understanding and comprehension in a “digitally globalized world.” The essential component that called for a more integrated universal language was the need to understand and integrate world societies on common grounds, reflecting as well on governments‘ politics and trade between countries, calling the “need for a macroeconomy and macrogovernance,” as indicated by authorities. Most sciences today are being taught in English, even if the major ones’ original language was Arabic, from numbering to mathematics to medicine to pharmaceutical to social sciences to literature and others. As part of modern civilization and acclimatization, they were all driven by the systematic transformation to the universally acknowledged language in most countries. 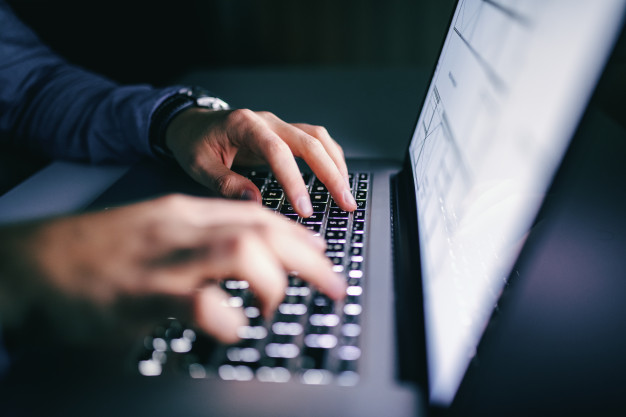 The division witnessed of Europe and its values with respect to its advertised culture and understanding as being unified is primarily relating to the multitude of different languages existing between neighboring member states under one umbrella. According to former officials in the union, the trend to dissociation even prior to Brexit was marked by an “increasingly disintegrated culture.” The misuse of equal democracy with regards to a large yet internally divided state impacted the solidarity of the collective mechanism put in place, segregating norms and standards. As explained in “Emmanuel Macron defies the EU,” the recent intolerability to Islam will spark a failing model of equality and decaying organizational constitution on account of rusting pillars that keep the Union standing. “If sovereignty becomes an increasingly tough issue, strategic and operational changes are then needed to ensure survival.” Nonetheless, as the primary languages of countries differ, so will the cultures thereof to the extent that envisioning a united front is “more or less a fantasy.”

According to language experts, the English language is proving to be “lacking crucial elements in the meaning of standard and substandard indications.” English‘s essence is principally based on older or past languages that encountered shifts and “evolution” of their structure to adhere to the more modern comprehension, including but not limited to Latin and French. English is a mixture of several language components that developed over time, such as the remodeling from Shakespearean and classical English to today’s more-colloquial and modern assimilated standard. “Each language adapts to the environment, just like people. Survival of the fittest is also witnessed in surviving and evolving languages.” The choice of the majority and controlling powers highly influences the natural selection of the spoken methods of communication. This is a significant reason behind the extinction of some at every period and low to never used languages of history. As explained in “Immigration must be carefully comprehended by both parties,” as languages fade, so does their respective cultures, which are also affected by the migration waves and movements of people physically and intellectually. This global transition was the reason behind the increasing trend to English-language learning by people around the world where countries began accepting it constitutionally as secondary to their native language, which sometimes can be said to be used more than the primary language itself. According to a simulation on social trends, because of English’s large spread across countries, it led to a socially integrated “macrosociety with similar values and standards” between people of different backgrounds and traditions. According to a simulation on the potentials of linguistics, languages have the power to unify understanding. “Mohammed from the gulf has now similar characteristics to John from America.” The differences that set individuals apart are now exponentially fading, causing a rising concern portrayed by advanced age individuals, especially heads of families and cultures, emphasizing their worries that unique ancestries may go extinct.

Spoken language is a human’s preferred method of communication with one another due to a uniform understanding of meaning per word, sentence, statement, and others. The course of a language’s improvement came from the necessity to express, influenced by society’s intellectual quality. Since the beginning of time, humans have had language, speech or written format, as the primary communication tool. With changes occurring in the environment or societies, this language was highly susceptible to modifications and alterations. Other than the widely known vocal language, body language is also another form that supplements the primary method of transmitting the information. According to experts on language evolution, the inaccurate cartoons and stories manifested by storytellers and book writers depicting past civilizations and people as “cavemen with nothing but mindless and pure animalistic instincts” bolstered the existence of a false basis and ideology that human evolution came from other species. This perspective is indicated as being very dogmatic and narrow, overlooking the facts of human expansion and increasing population density and natality rates around the world from millennia and centuries ago and over time. Such as Darwinism, according to modern simulations of research in archeology, this perspective considered modern conditions from mere observations of variables and hypotheses on derivation without a proper reference to earlier intelligence passed by written books that are structurally more advanced in terms of the intellectual institution, as perceived by their flawless language and scientific dictation. 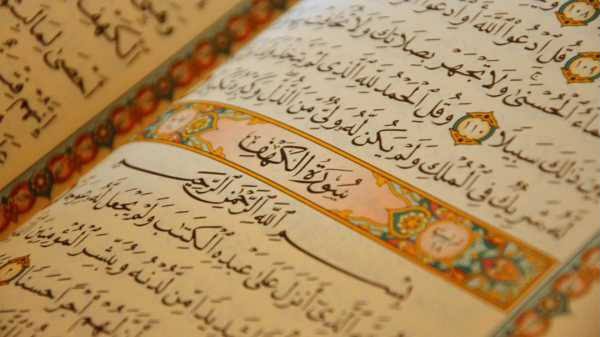 According to Arabic lingual scholars, “the Quran is linguistically perfect. It is the basis of accuracy for the Arabic language.” According to the specialists on astronomy sciences from developed countries, conclusions that were only discovered recently using highly advanced technology such as the Hubble telescope and exploratory missions by rendering spacecraft carriers into space were mentioned in detail to a certain extent nearly 1500 years ago in the Quran. In addition to most other sciences, this book recognized equalities and distinguished good steps as measures that pertain to human prosperity. This was explored way before the development of constitutional justices that were created by normal humans and their involvement in self-governing procedures of societies, after sorrowful events through time, which continued altering and adapting to today, yet is still imperfect and socially lacking. According to social specialists from developing countries, humans improved in terms of tools and only evolved in terms of adaptation and reflection on the environment. Evolution is a naturally existing phenomenon that contributes to the survival of whoever adapts to the environment adequately. It is the principal reason behind the mental and physical changes of the living things. Such as COVID, which survived months of presumably strict guidelines by health organizations and governments, and yet cases and deaths still increase. Wrong trends to evolution require surgical changes from the roots of society to correcting the paths drawn from before, which, in COVID’s case, is the discovery of the effective vaccine by BioNTech. 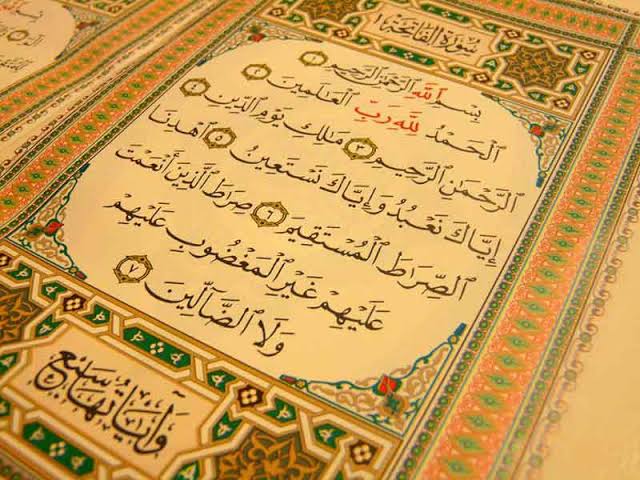 According to geography and semantics statistics, Arabic is the largest uniform language that spreads to continents, countries, cultures, and time. From the Middle East to the North and mid-Africa, Arabic has been taught for more than thousands of years, spreading a uniform culture and traditions between people from different regions. According to historians, “Arabs from thousands of years had very high traits of trust, loyalty, honesty, fidelity, manners, demeanor, behaviors, ethics and moral qualities compared to all other cultures. These points were visible by their language and scripts.” The Middle East region is highly supreme in nature. According to history, all major religions’ prophets were born, raised, and living in the Middle East, “where their respective sacred books also came to them in these revered lands and in the language of their societies; hence the region’s importance and targeted nature.” Not only did the religion pose a threat to other empires and civilizations, but also the language. In history, families have migrated from the Arabian peninsula to the west into Africa, north into Anatolia and Balkan, and east into Asia, not only bringing forth their cultural acquaintances and advanced knowledge of trade and sciences but also their reasoning, traits, and quality of thinking that stem from their original belief. 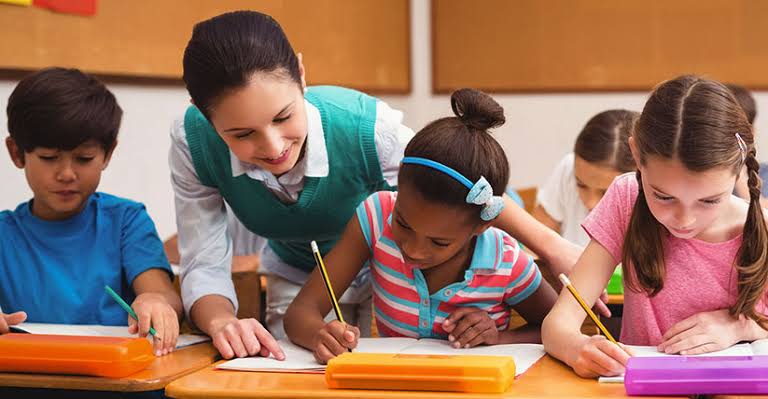 According to historians, civilizations in these areas that originated from the Arab culture and Arabic language lived and prospered, which contributed to their common features of strength and increased power in the region respective to their time. According to linguistics, unlike other languages, Arabic has the largest frames of comprehension to the human knowledge and intelligence, in addition to its large variety of syllables and letter movements, counting its mere 27 alphabets. According to investigators of human intelligence, toddlers and children at a very young age learning and memorizing flawless scripts of the Arabic language with its diversity of movements demonstrate higher brain function, cognitive capacity, and mental capability with decision-making abilities than their counterparts of other languages. They are more likely to develop an extensive range of concepts and memory, contributing to a higher quality of reasoning early on and logic, manifested by Arabic-speaking scholars and scientists in history that discovered the vast arrays of essential sciences of all time. Arabic has and will always be the predominant language of this region, with more lingual advancement contributing to human growth and intelligence in the road to prosperity.