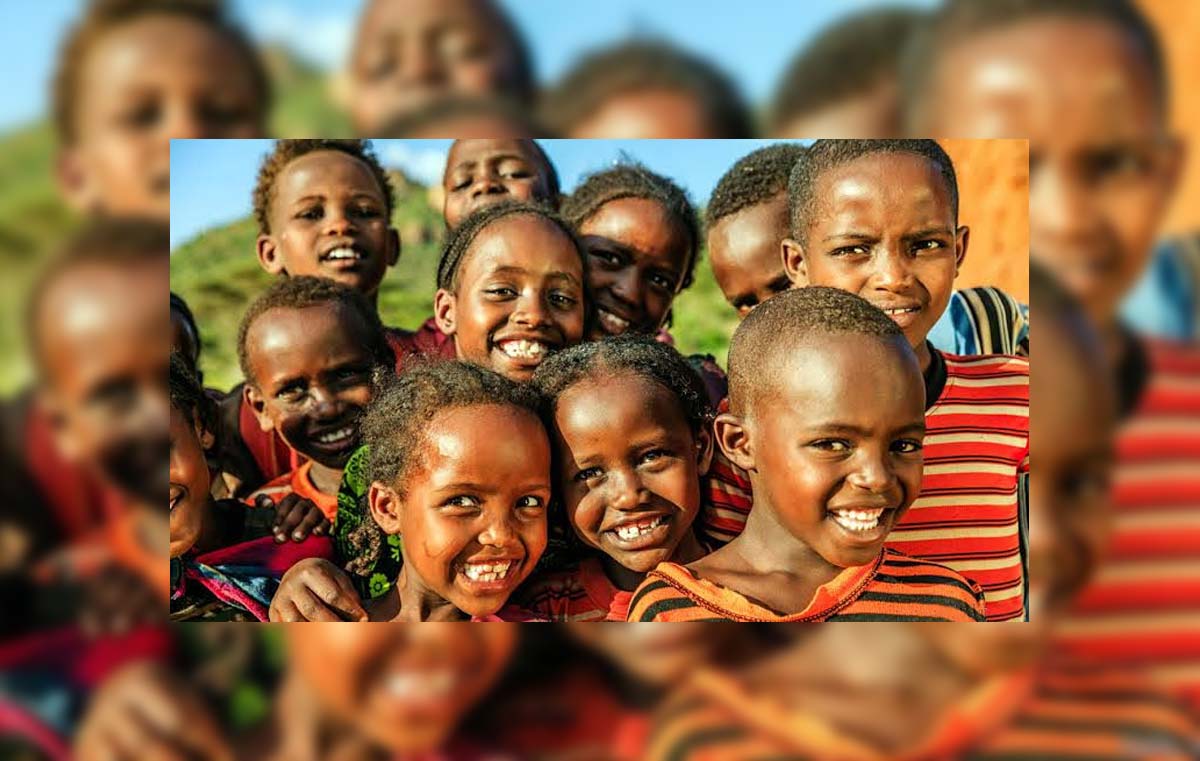 Can a region be wealthy and poor at the same time? How are its richness and poorness abused? Who are the major players seeking its exploitation? What can its leaders do to utilize its powers? Is international intrusion presumably a light to its democracy? Or an obstacle to its development?

Abundance in resources makes Africa a target for foreign involvement 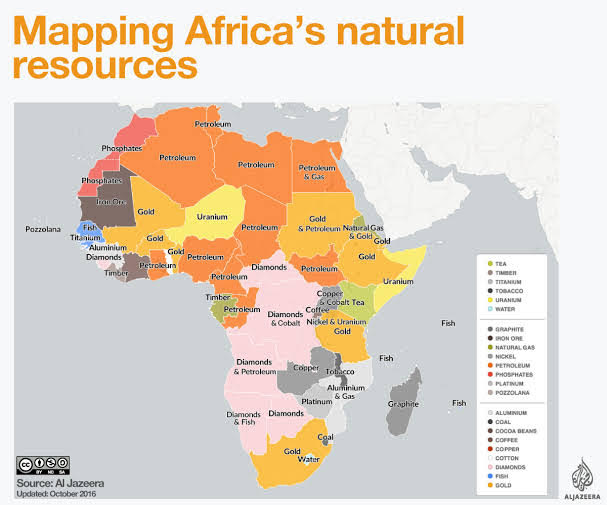 That is right, Africa. The continent that has major resources accounting for almost 30% of the world’s mineral reserves. Besides minerals, it contains an abundance of oil, gas, and uranium. World countries with less land prosperity concentration per square kilometer had gone to efficiently utilize their resources to become leaders of industries with significant political influence. Africa’s geography gives it a major strategic advantage given it is surrounded by water from all directions, in addition to 3 straits connecting it to the Gulf, Europe, and the Levant. Thus, invaders in history found tremendous difficulty in reaching Africa until political distortion and military development arrived. So, what is keeping Africa nowadays from becoming a powerful continent economically and politically?

Across the last centuries, Africa endured endless colonization, division of states, slavery, and talent migration. Invading parties, mostly coming from Europe, divided Africa’s map amongst leading military states in an effort for territorial acquisition, and sought its occupation for economic, social, political, and religious goals. Significant parts of Africa did not have enough army power or development to fight back. Therefore, Africa has been subject to direct foreign intrusions and control under presumed ideologies of economic and geopolitical welfare for extended periods, which drove African countries to acquire foreign values, guidelines, traditions, and languages. Even though African countries celebrate specific independence days, this occupation, to the very least, has not ended. It went forth to indirect control through suspicious democracy of states with direct leadership influence. Supporting personal gains in the name of promoting freedom, foreign players target the leadership status of nations in order to maintain their presence and ongoing authority. Whenever African leaders defy specific rules or agendas, they will be targeted by certain forms of reprisals. Hence the continuous “coup d’etat” in many countries.

Africa witnesses very high levels of inequality between federal parties and individuals. It was the main reason why Africa, today, has a tremendous economic disorder, leadership corruption, unintelligent integration into the macroeconomy, political segregation, internal conflicts between states, and a race to power by providing shares of markets to the highest bidder from developed nations and MNCs. However promising its direction advertised by oligopolies and corporations, Africa remains divided internally, which is a “treasure” status to particular players.

“Divide and Conquer“, a strategy that was directly implemented historically, and indirectly empowered presently 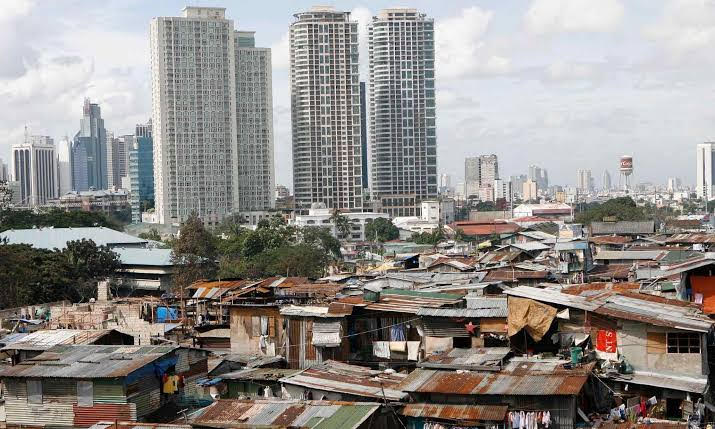 The weakening of Africa that once wielded great strength started with dividing its powers and people, through fear and false ideologies implanted within prominent directories and governments. The aftermath of this dissociation has led to the weakening of the justice system and a reduction in the implementation of legislations, causing a drawback in policing and maintaining order. This chaos was furthermore exploited by means of militia groups spreading fear to indigenous tribes, and protracted social conflicts ensuring ongoing unrest in order to easily target the land’s richness while the citizens focus on their survival. These tactics, which are mainly backed by international stakeholders of Africa, are supported in order to manufacture the need for an appropriate state of democracy where dominant developed countries presumably portray and lead. This urges African countries to reach out and request foreign assistance, opening their lands to direct and indirect influence. According to a study on world-leading military nations and their influence onto emerging and developing geographies, whenever a developed nation seeks to train its commanders and troops, their main training territory is in Africa. This continent has massive open lands readily available for the highest bidder and largely free from global oversee and local legislations, even though most UN peacekeepers are of African origins seeking to right the wrongs of other countries.

Conglomerates from developed nations always have Africa in their strategies, from mining gold and diamonds to oil and uranium extraction. Africans refrained from interfering anymore in these entities taking over their resources due to the gruesome experiences they and their ancestors experienced. These international entities consider these lands and resources, with their large mining equipment, to be their possessed foreign lands, as an Embassy for business purposes with oppressing defense systems against aboriginal and native citizens. Africa’s ever-emerging market puts them in the crossfire of such entities seeking quick expansion and regulation-free markets.

The perpetual struggle between African patriots trying to free their lands and foreign players seeking exploitation is due to the unique state of diplomacy in this continent. If a state surpasses a particular line of development that foreign powers do not approve of, or developed without their specific consent and direct benefit, it is very likely to be halted or demolished, taking the African state back behind the “red” line of development. African markets’ endless state of “emerging and developing” is a clear indication that despite the plethora of African talents, exhibited within the continent and internationally, they are not able to grow forward due to international prohibition and groups delving into their politics. According to a survey on why people think Africa is behind, most people put a lack of expertise as the superior reason for its fallback in development. However, the lack of opportunity and security are the main attributes that push talents to migrate to more developed countries that may recognize their abilities, leaving less educated individuals behind. For an African politician seeking power, international approval is one of the priorities for a successful reigning period of the governorship, as exemplified by several former African officials. If Bush invaded Iraq due to false intel of WMD development, would you believe developed nations will allow African countries to excavate uranium for their wellbeing? 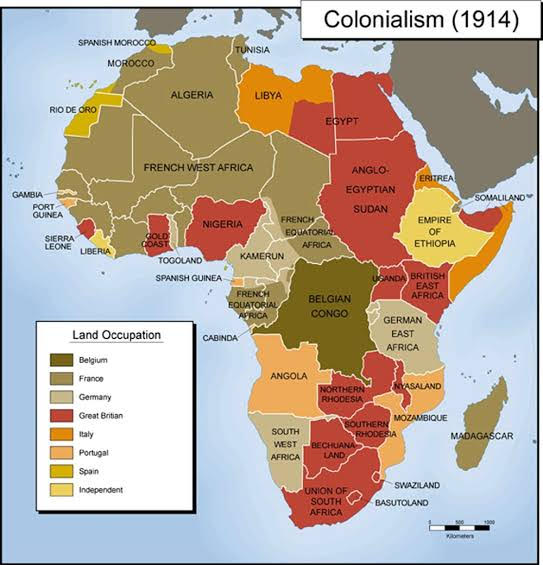 For 2020, Sudan, the Northeastern African nation rich with gold and petroleum, recorded a staggering 82% inflation rate on top of an abysmal economy from 2019. Their forward prediction forecasts increasing inflation rates over the next years. Some would say COVID-19 had a heavy hand on this outcome, but the issue lies majorly on bad governance and public crises, given the fact that inflation had on average not gone below 50% per year in the past few decades with ongoing civil turmoil. Just recently the country witnessed several coup attempts by a military general and his followers, largely backed by foreign political players. The continuous unrest pushes the government to undertake decisions of last resort, which eventually hurts the economy and affects the already substandard of living. Similar issue with Libya, several coup attempts by a military general with continuous foreign backing and international obtrusion, causing state divisions and an ongoing economic standstill. These social issues is not only reflected through economics and force majeure events such as COVID, but mostly on governance and social responsibility. Similar encounter to the Zimbabwean hyperinflation from 2008 reaching almost 100% per day, which cannot be controlled presently.

The Ethiopian government‘s plan to expand the dam on the Nile that will reduce the river’s reach up North also puts significant health, environmental, and economic hazards on both Sudan and Egypt. The disaffiliated governing between African states, internally and externally, keeps the continent under the perpetual risk of failing strategies and international political intrusion. Each state’s personal-oriented objectives outline segregation within the African Union, whereas willful collaboration may promote its wellbeing beyond the international perspective. Africa’s involvement in the global economy has been misappropriated due to corruption and heads of state’s personal goals, regardless of a country’s standards of living. People still live in the old ages and cannot advance their thinking forward because, according to Maslow’s hierarchy of needs, a significant percentage of them cannot find neither the basics of life, the physiological needs, which are not accessible or readily available to everyone, nor security needs, which is displayed through ongoing social unrests and armed struggles from within. 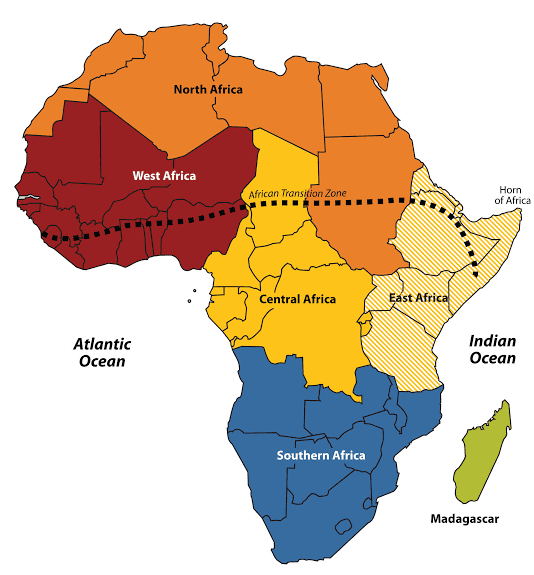 The first step towards correctly orienting Africa’s positioning is not through a short term donation of money or food, but rather through a long term awareness and educational strategy that leads the people into the proper way of life for growth and sovereignty. As humans of the Earth, we need to give Africans the chance to understand their habitat exclusively, learn about their resources, promote the local workforce, utilize their opportunities, empower their strengths, tackle their weaknesses, erase any threat, and grow gradually. Innately, in addition to personal prosperity, humans tend to improve their environment and surroundings in peace while avoiding any form of struggles; thus it is surprising as to why Africa is what it is today if they were genuinely independent.
As the saying goes, instead of giving a fish to the trainee for the day, teach them how to fish for life. But do certain bodies want this to happen? Or are they intentionally breaking them down for economic and political benefits?

Africa has a very promising territory if managed in good faith and without the international exploitation of its resources and weak governance, plus the constant interference to its judicial systems. Besides its people’s firm physical structure, it has a strong chance of self-sustainability and reliability on their agriculture, farming, lands’ resources, and abundance of livestock. When Africa starts to harness its potentials uniformly, it can quickly become a leader in many sectors. If all African talents return or remain in Africa for the continent’s benefit and growth of the economy, don’t you think it can become a mighty and unified state? Let Africa be Africa.