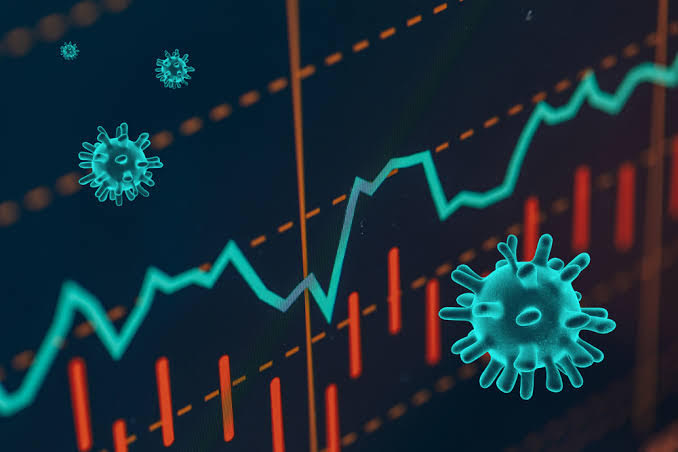 How are investors’ desires changing? Are the all-time low costs of borrowing an incentive of attraction for a meaningful return? Or a display of unusual policy and near to negative yields on debts? How are federal bodies coping with the organizations’ pressure and the public’s tension? Is the burden of COVID leading to more unconventional economic measures? Will low-interest rates stabilize public health and empower financial wellbeing? Will banks declare a higher flow of quantitative easing in terms of commodities? Or by printing more papers? What about riskless and risky assets?

Strategies underpinned by governments to resuscitate the economy. 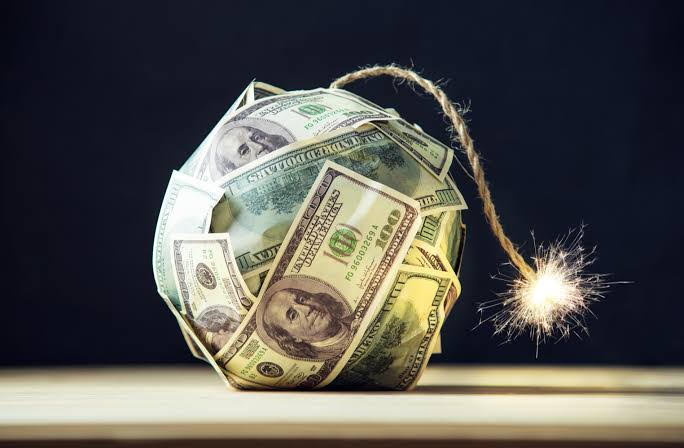 Today’s economic policy is revolving around increased debt and unconventional reports from central banks that seem safeguarded on plan and paper but neglected on the actual implementation. Government deficits based on an increased retaliation from COVID to balance the conditions brought forth by an abnormal wave of the outbreak puts supervising entities under strict control on how to manage the circulation of money between pocketing companies and exhausting individuals. Projecting to control COVID a few months into the pandemic caused the revival process to be more relaxed than needed, which caused political frustrations between rival parties to comprehend the conditions staggeringly differently—eventually causing splits and divisions in a rapidly changing environment vigorously demanding for precise policy. Crediting groups, as known as investment banks and funds, took a pause on their lucrative and ongoing habit in predatory short of put options, learning from history. If not truly damaged by the conditions, they are demanding requisition of financial debts from entities focusing on the two ends, people and businesses, in order to regain their market positioning and value. Stabilizing inflation rates at lower numbers is the safest step given the high uncertainty underpinned by the leaders’ decisions and public health control.

Preserving employment rates in the event of policy renewal managed by organizations and corresponding industries’ playmakers took a hit even though many kinds of commercial positions were utilized in a series of trial and error, most of which resulted in failure. Governments took the opportunity to spend large amounts in an effort to strengthen social relations and to emphasize ongoing trade associations for connected macroeconomic goals that are inclined towards specific political fortunes. Physical conflict on foreign lands, however immoral and against international law, is seemingly becoming a commercially profitable venture given the aggressive demand for particular goods and services, and their highly competitive supply, provided that politically powerful entities are battling over shares of the unique market where value chain, quantity, and cost are only secondary to the actual driver of supply manipulation, sociopolitical positioning. Governments are supplied by their allies, while militia groups are supplied by their organizers. As explained in “The Sleight of Hands Renovating Political Orders and Managing Socio-Economic Amendments,” overseas turmoil is strategically and financially yielding with a reasonable remuneration through sacrificing powerless people, creating a divided state, and exhausting limited resources. 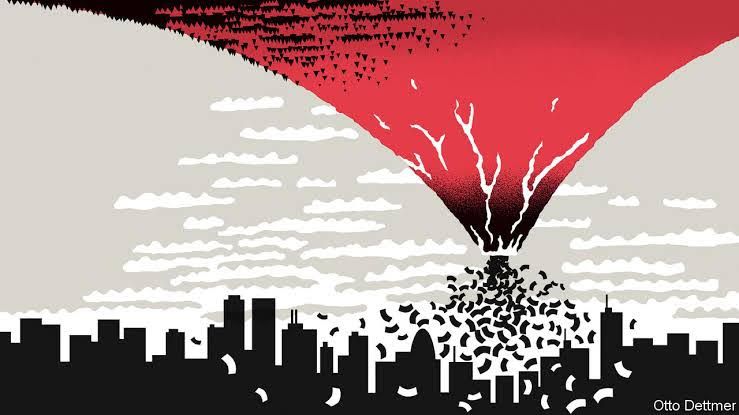 The world is rushing into creating stimuli packages very unique of their kind in order to avoid a very heavy economic downturn where many people may crash severely. In that regard and today’s uncertainty, these bills cannot get a full accord, especially in larger unions or more advanced economies where every group is pulling their interest. Given the minimal options of either to drown in debt and ease the flow of currency, where markets will no longer be free of control, or sacrifice the wellbeing of the people and their standards of living, governments are at a consistent dilemma. Trillions are circulating from federal institutions, namely the largest lenders, and coherent organizations that are striking the economic status of countries supporting continuous debts and deficits of governments. These techniques are damaging to bond creditors and relative investors who may lose trust when speculating continuous zero-to-negative returns from risk-free assets. As explained in “Globalization may not be as healthy. Autarky may not be as bad,” enacting legislations that strengthen sufficiency to the extent that national standards can be boosted and adjusted to the economy’s comfortable position, policies can be accurately integrated without worry from the pulling poles of unemployment and imbalanced budget distribution. And yet, sociopolitics is becoming a burden on precise leadership.

As explained in “Demanding Radical Change Requires Psycho-Graphically Understanding Ourselves and Target Bodies,” while leaders overlook diligent steps in complying with promised circumstances for all natural persons and legal entities, and the public manifests in the worst economic conditions faced without a doubt in modern governance, essential entities will not be as robustly functioning to help in suppressing the wildfire sparked socially and economically. Usual living standards that many demonstrations are demanding today are occurring due to the absence of routine leadership that takes an ordinary leader to lead. Unfortunately, given the importance of command to the lives of millions of people with respect to the changing environment, hasty, improvised, short visioned, and routine decision making does not work significantly, directly impacting livelihoods one way or the other. Wealth mediation, hazard mitigation, and health maintenance are the basic standards adhering to equal distribution, all of which are approved by a single deciding entity. Even though it is not an easy role to decide country directions, this social and political position is highly demanded by many people unknowing of its grave responsibilities. Rolling strict policies by controlling economic variables without compromising other factors requires a united front missing in most of today’s developed nations, even if the enemy is one and near invisible. Successful guidance in today’s environment requires thorough adaptation to the encountered changes by strengthening the domestic workforce, creating more opportunities for the local market, and emphasizing production for local utility and global exports through enhanced forms of trade.

Comprehension of riskless and risky assets are at a turning point from current conditions. 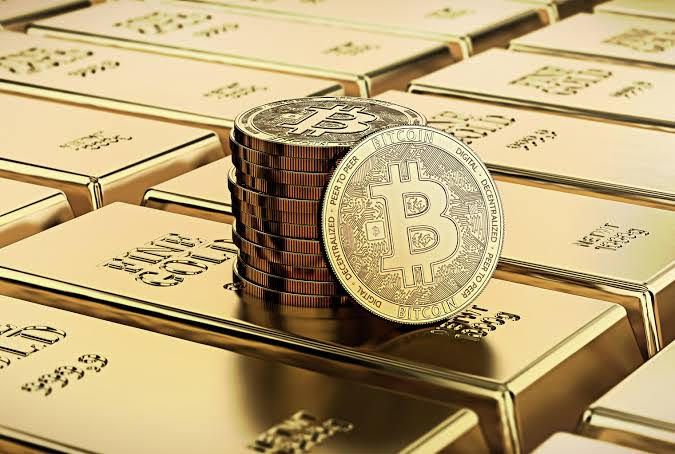 Commodities and cryptocurrencies, also known as the riskless and risky assets, are filling the void faced by banks in terms of valuable instruments. Financial institutions are retaining gold and bitcoin given the equally rising trend witnessed from the beginning of 2020 with plans for short positions that may turn predatory. According to financial institutions, regulators finally permit banks to hold the cryptocurrency. Simply from March to July 2020, bitcoin had more than doubled in value while gold increased by more than 25%. Given the pessimistic speculation on currencies by the trend of bids and calls for future contracts, there is a clear display of depreciation in value and decreasing demand, besides the heated US-China diplomatic tensions and struggles in North Africa involving many economically and militarily developed nations, as explained in “Entities Nowadays are Melting Solid to Liquid in a State of Economic Abnormality.” Gold and bitcoin are opposite ends for both types of investors, the risk-averse and risk-loving, where returns for both are more yielding today in comparison to other securities of similar variation.

In comparison to gold, oil is not anymore seeming to be the lucrative resource of the century to all investors. On the contrary, it is becoming more favorable for state-oriented bodies and parties who are large in size. The main problem facing this preference shift is that forecasts are low in accuracy and expectations are filled with speculative statements. Current reliance is leaning towards firm bodies who largely resumed operations, and equitable futures with “promise” of delivery and performance. Relative organizations during the pandemic faced intense pressures from governments who are pulling the cords of extending or limiting supply according to their individual needs, disregarding the nature of unanimous acceptance in the direction. The positioning of some governments in the oil production business is becoming more clarified to being authoritarian in relation to world associations, even though specific guidelines on accord is laid out by international supervising entities to prevent greedy or heretic measurements in such fragile times. During the pandemic, oil encountered a substantial and quick drop in price on May 2020, primarily due to oversupply, lack of storage, and thus disposing of future contracts given that the demand for oil was halted by reasons of lockdown and inactivity. 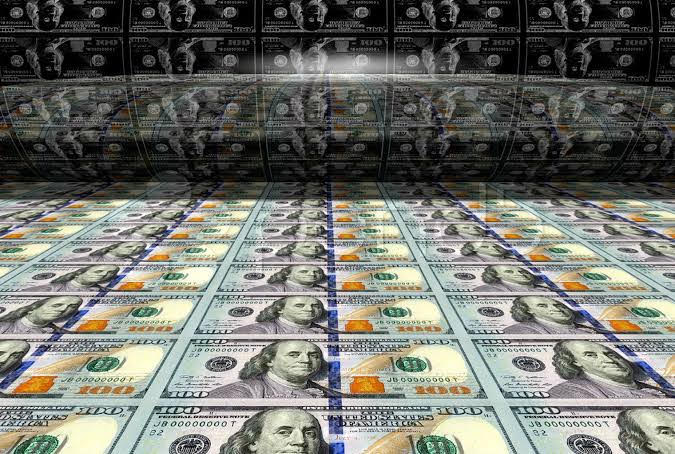 Central banks are accommodating loaners‘ requests through financial intermediaries in today’s low-interest rates. Stimulating growth by going near zero, as beneficial as that may seem for allowing easy credit and incentivizing entities for borrowing to regulate their finances, it may initiate another financial bubble in the housing and capital market. According to a simulation on economic activity in 2020 with historic variables, a near-zero interest rate stimulation will become less beneficial than previous occasions provided that commercial plans are not thoroughly evaluated in terms of socio-environmental impacts for the sole acquisition of more funds. Also known as “free money,” these acquisitions may trap a significant percentage of small financially drowning companies while the rates of return are at a standstill. The percentage of defaulters is largely uncertain, with the distribution anticipated to be greater than 2008’s delinquency.

As many journals speak of extended money-printing taking place by central banks so as to keep economic standards at a balance and circulating currency to financial institutions, access to credit became simpler at the cost of the free market. Aggressive policies marked new beginnings for an easy-way-out system as initiatives proposed by governments to bail out companies. Entrepreneurship and startups already at risk from the pandemic are in more jeopardy if the governments will continuously roll out more debt to stimulate the economy in the short term that larger companies will use to their advantage to monopolizing notes and industries. This is leading to an increase in the number of “Zombie” companies, as identified by the Bank for International Settlements, those of which who are not profiting or breaking even to offset their interest costs over a period of 3 years, lately accounting for almost 20% of public companies in the US. Easy access to credit nowadays will contribute to their industry congestion that correlates with lower competitor productivity and higher barriers for new entrants in the market. According to Ruchir Sharma, chief strategy officer at Morgan Stanley, these measures of free money are ruining today’s capitalism and turning into socialism between the rich and powerful.