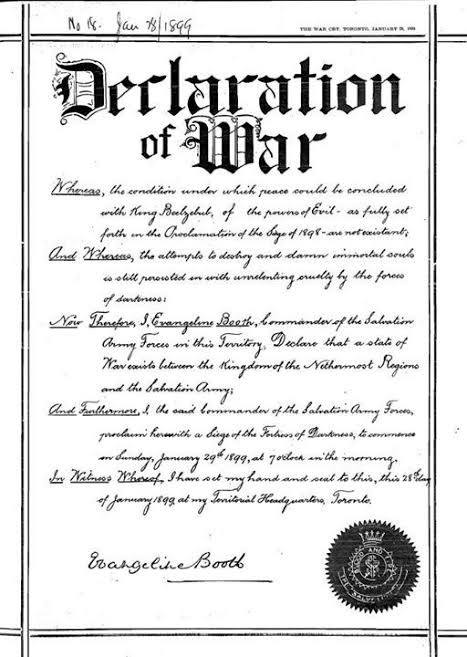 How are struggles often communicated between states? What would the most significant difference be between today and yesterday’s politics of wars? How are data gathered and presented in a democracy for authorizing military movement? Were the declarations of war of the last century a more professional demeanor than today’s usual one-sided authorizations?

Since the Second World war, most governments have decided to stop formal writings declaring a position of war over another state. This formal announcement was used as a part of conflict documentation per leader overseeing a required course for using military forces against target regimes. This declaration usually comes after approval from equal or higher bodies than the government, given the severity of the case. According to former military officials from developed countries, this declaration ensures that all parties have the complete picture and knowledge regarding the reasons and grounds about a certain regime, without covering any sort of evidence from decision-makers. In times like these, technology was not very advanced, where governments relied on pens, papers, and more levels of formalities. “Recent times, the war was occurring because of the silliest matters. If formal declarations were still followed, where complete information is presented thoroughly through more face to face transmission of information, nearly all the wars would be unnecessary. Our presidents seem to have a mental dictator-complex.” Without such a declaration, leaders become “tyrants” in picking and choosing the claims that fit most by suspicious witnesses. It causes a decision-maker to fabricate data and invent false missions under the name of democracy and peace, where every party becomes a loser. 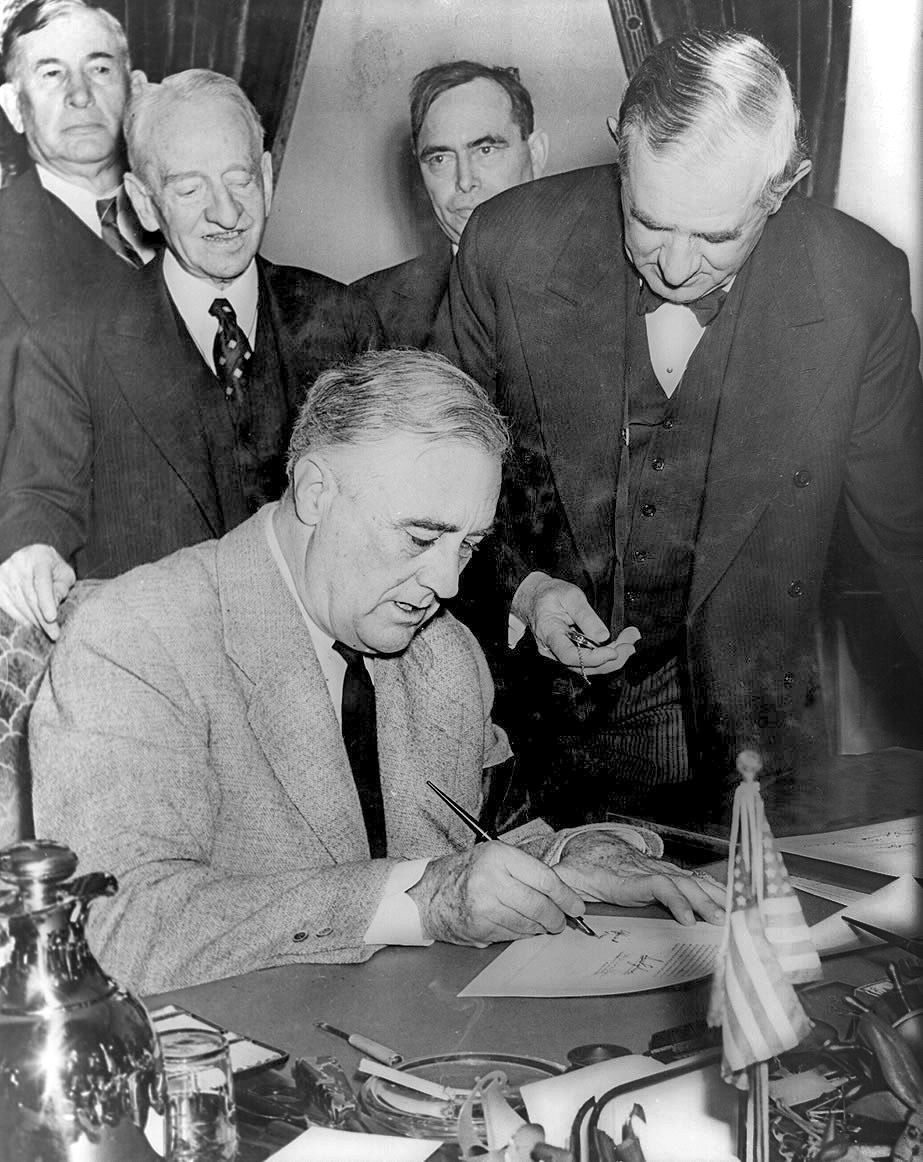 Where necessary, declarations and legislative hoops require a complete understanding of operations that are usually used to ensure the one and only target is the regime without direct civilian targeting. The essence of war declarations and their level of transparency lies in the level of democracy in sovereignty. By formally signing this declaration, the executive, legislative, and judicial bodies of the democracy should majorly, if not unitedly, sign on this measure of last resort, by understanding the comprehensive information of the mission, which is very costly in terms of financing, political stability, and human lives. According to former war veterans from developed countries that engaged in wars after World War II, many official bodies objected to the military engagements to nearly all struggles where the decision at high confidence was majorly a red light, given the data provided. However, given the development of politics in the last century, political loopholes were recognized, whereby certain leaders stopped formal declarations and followed the command of authorization, executing a constitutional provision that embodies the power ensued by the leading body to resort to physical conflict. In this regard, democracy began to be questioned where dictatorship-like methods began to be integrated. This is apparent in wars where evidence was lacking, inaccurate, or unjustified. Moreover, those counties that engaged in recent wars did not properly utilize nor trust the necessity for thorough and extensive negotiations or diplomatic methods of communication that a civilization demands, where a big gap in misunderstanding was displayed by analysts of the post-war outcomes and evaluations, mostly concluding the steps carried out by one partial body pushing strongly in the direction of physical confrontation without regard to the costs thereof. Their focus seemed to be more personal and remaining on top than saving lives in redemption. According to an analysis on the development of diplomacy between countries, even though technology developed greatly and helped country leaderships reach out to each other at ease without misunderstanding, promoting resolutions at a diplomatic level, conflicts are still ongoing where “covert“ wars are more frequent than full-fledged wars, often stemming from spying and espionage activities that most governments often carry out yet no one approves or legalizes. The only variable that may impact these decisions is the political landscape per country and hence their hidden objectives. 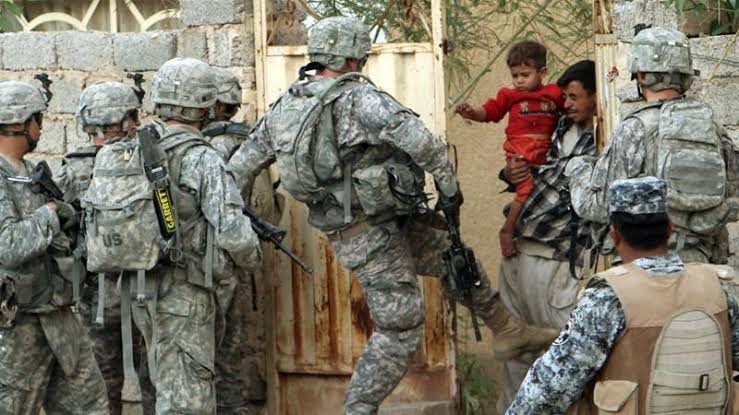 A country’s leadership is a direct influencer of “facts“ that justifies recourses. According to analysts from the USA, when Donald Trump issued the travel ban on certain states in the Middle East, his justification was due to the existence of rogue militia groups that can cause havoc on American soil. Outrageous as it is and directly contradicting facts, historical statistics showed that the major demographic of crime and terrorist-like activities in the USA were homegrown from within America, non-Islamic faith, and often irrelevant to these specific states, where the numbers are highly disproportional in terms of crime performing. Nonetheless, as explained in “the hidden democracy of governments,” such rogue groups usually present on Arab countries are often backed by foreign entities and not even homegrown, where its political leadership is based overseas with specific objectives paving the road for local baseless individuals believing in a false cause. These groups are also a supplementary cause of the novel matters of invasion. Through deductive reasoning, a travel ban should be issued on individuals from developed Western states. Previously, invasions were more physical. As technology, diplomacy, and globalization developed, it became more covert and solely on a country’s leadership, where the top management supplies the demands of the benefactor, as what few countries are explicitly showing. Day by day, politics seems to be more than two-faced, where principles and values are being neglected.

Organizations and the very expensive war that represent truer “leadership”

Military alliances are also considered another legal loophole against the importance of the national declaration of war, where neighboring and similar-principles countries unite to be the first level of defense against third world threats. NATO is a prime example of a military organizational alliance where if one country gets attacked, or seeks to attack another, they should have each others’ back no matter what. Its creation also marked the end of these formal declarations and transcribed into a “new world order,” as stated by American presidents of that time. This is also a fiercely debated matter between the USA, who is a very active member of the organization, and European member states, who favor diplomacy over physical confrontation. This coalition is designed to defend territories, usually against third world countries that do not have nuclear weapons or extensive military power in return. According to intelligence sources and proven evidence, the driver of the false justifications behind the Iraq war, 2003, is George Bush’s heavy dictator complex, steadily gunning for Saddam Hussein arising from “personal emotions of hatred and false redemption.” As explained in “the tragic democracy in the Arab world,” even though intelligence bodies advised Bush of Saddam’s disconnection with OBL and Al Qaeda, after series of cunning brainstorming sessions, fabricated data, outrageous claims, and misleading accusations that eventually turned into baseless facts used as evidence to convince the American congressional body and senate for a green light on the offensive war provision under the constitution. 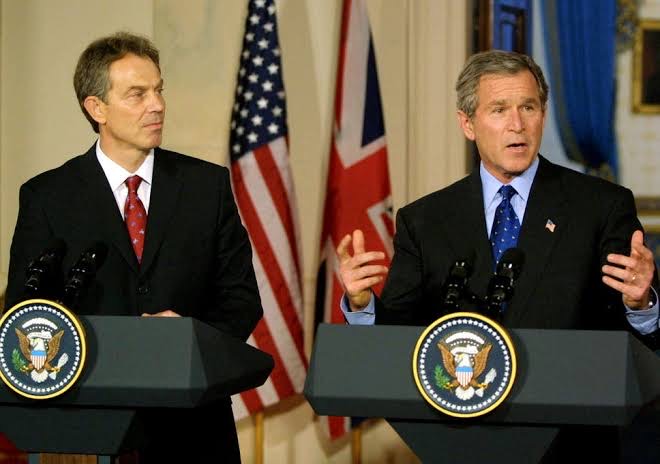 Psychologically, if an individual wants to believe something, they would do so even if the base or structure is broken. This was also a political play to first convince the American people of how their tax dollars are going to be largely spent, and the human lives to be withered by both ends. The US government forecasted a 2-year involvement and totaling $100billion. This later become a 7-year involvement totaling nearly $3trillion, and that is only for the American military forces. Iraq, and other stakeholders to the war, are incurring an even larger payback that is yet neverending. The largest wronged group, from this baseless invasion, are the innocent 108,000 Iraqi civilians and families that died as collateral to simply take down the regime that was toppled since the first months, and nearly 16 million Iraqis displaced. Given that uprising and “treacherous” Iraqi bodies were the primary intelligence providers to American forces, US command should have endured a quicker involvement with lower human and financial costs to taking down the government, “saving lives,” so as they say. According to a simulation on American soldiers from the Iraq war, most of them were often unsure of commands that very frequently lacked accurate or precise information, where they were asked to “drown our morals” to be able to keep going. “Intel was lacking from day one. 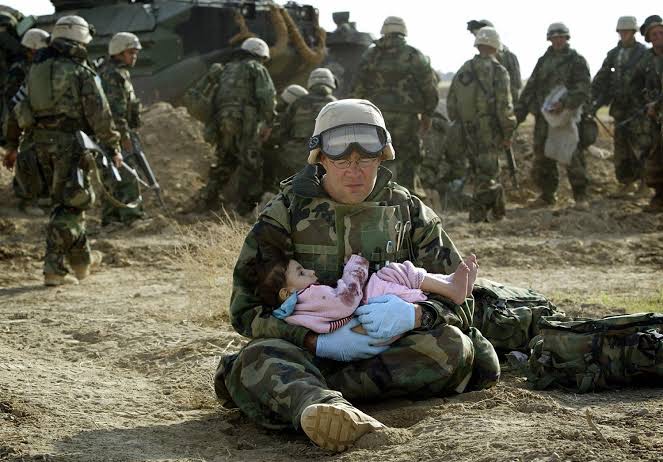 Even months before announcing the authorization for military movement. WMDs did not exist, and intel for connections to outer terrorism were falsified.” According to a simulation on ongoing intentions and goals, some countries in organizations such as NATO have a direct, one-sided, democracy-killing goal that is based on certain beliefs and ethnocentric power containment where old predictions and strategies are the drivers of decisions. Some Israeli analysts portray their “true” land ownership extends from the Euphrates River in the east to the Nile in the west, where the religious dispute is the main subject between Islam and Judaism, hence the lands as well, indirectly demanding for larger land annexation, invasion, and bloodshed. Even after UAE and Bahrain’s normalization of ties with Israel, and accepting the religion, belief, and values into the countries, there still are plans to overgrow and take over more area. Through hidden governments, it is already underway; yet, physical movements would cause even more trauma on the very sensitive state of the Middle East. As explained in “international law explained in reality,” democracy became “democrisy” when hypocritical and dynamic politics based on parties’ positioning than the situation is followed, reversing the structure into a hidden dictatorship.