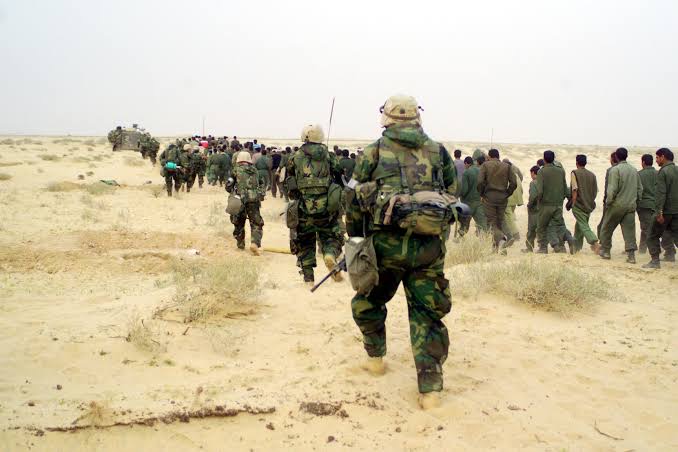 How are quirky despots condoning calamitous measures in the name of freedom and democracy? Are allied states and international organizations idly standing by when severe human rights and liberties are being meddled? What is the meaning of democracy if subjective politics is leading the dramatic changes observed around the world? Is the capitalist “Imperial State of America” seeking more influence worldwide? 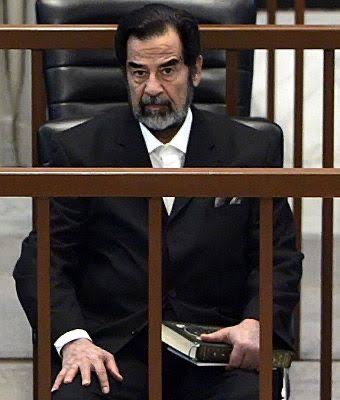 The Iraq war was a falsehood marketed as a necessary process for ensuring world peace, democracy, and rights to freedom for the citizens of a dictatorship, American people, and world allies. The Iraqi people desperately wanted to believe a myth, that they are being saved by the leader of modern civilization under the identity of peace to empower actual democracy, which was the final motto of the American pentagon and aircraft carrier. Promoting equality and freedoms for a “self-elected government” without the interference of foreign bodies was the mental constitution of every Iraqi. Little did they know, the savior in charge of promoting this change through an extremely damaging measure was an imperial-capitalist state with self-actualized and globally-imposed one-sided democracy, as portrayed by former ranking officials from developed countries. According to evaluators, G. W. Bush was campaigning aggressively for a movement against Iraq after 9/11 to the extent that diplomacy and justice lost its sense. 9/11, according to studies and researchers of the event, “has a high possibility of being devised from within, disconnected to Al Qaeda, the group that was infiltrated by Russian-backed operatives such as Ayman Al Zawahiri in an effort for sinister terrorism. This is why many senior individuals from WTC were AWOL that specific day.” The disconnection between Saddam and 9/11 was proven by factual evidence, in addition to his dissociation from Al Qaeda and other terrorist groups. Even prior to the military airstrikes performed by his father, G. H. Bush, and other supporting belligerents during the gulf war in 1991, American leadership had been gunning for Iraq and its regime in a stringent sense of cultural rivalry and competitively rising organized power South of the Mediterranean. According to American experts on political strategies, this rise of power by a military-oriented and diplomacy aggressive party “posed a threat to allies and political objectives in the region.”

The invasion did not only focus on politics, but also economics 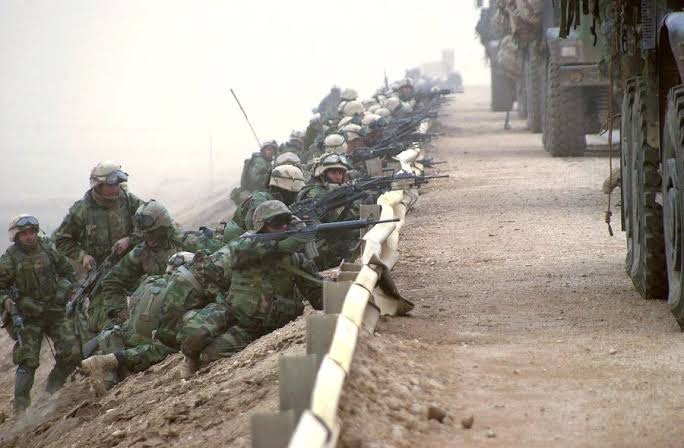 As explained in “Declarations of War are necessary to seeing the fuller picture,” the inner circle of the American government identified all possibilities for a green light to the movement, even if they are falsified, speculative, fabricated, or distorted. The grounds behind all claims lacked firstly proper reasoning in connecting the dots, and also accountable evidence. Many groups were covertly designed and appointed to gather “manufactured evidence” for such an extreme measure to present to the houses of government. Not only was there a specific simulation for the Iraq invasion, but also the socio-economic benefits out of it. Iraq is also well known for its untapped natural resources potential with significant capabilities that can be substantially aiding. Not only were there intentions for economic returns, but also disruption of norms. According to reports, the American army’s negligent destruction of Mesopotamian history and architecture in Iraq was “not unintentional. A strategy to demeaning the cultural history as a whole for the long haul rather than focusing on democracy and the target regime.” The outcomes were also economically fruitful to oligopolies in bed with the American inner circle, who are also considered the fundamentals of imperial capitalism spreading its roots through private equity. This was primarily manifested through the taking over of Iraqi natural resources such as oil and gas fields. The American army was not the only imperial combatant group, but also the release of private mercenary groups for different objectives was embedded in various stages. As explained in “The sleight of hands renovating political orders and managing socio-economic amendments,” they covered several purposes with the objective of war in the name of peace and a falsified democracy that rendered the country back in time socio-economically, heavily undemocratic with derogating political injustices taking away equalities, and employed with ineffective protection of individuals and safety. 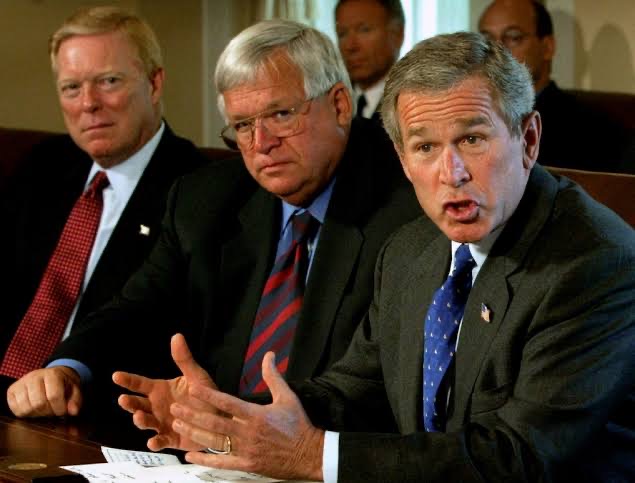 Paul Bremer, also known as the most unqualified authority citizen in charge of overseeing a crucial role in integrating a democratic constitutional infrastructure and maintaining peace between two geographically far lands by means of a self-decided transitional government, was the figure of the socio-political objectives in Iraq. His decision to dismantling the Iraqi army and al Ba’ath party majorly stemmed from reasons of “revenge and personal hatred,” part of the Bush’s inner circle, in order to drive the goals in the direction of Imperial triumph, which were also visible through his decision to ban US opposing parties from running for government. As well as privatizing natural resources which contributed to losing the grip on economic control. All the significant decisions thereof were considered substandard, unintelligent, emotional, demeaning, biased, and despotic. His involvement led to increased surgical opposition and backlash from within the country, following a series of serial massacres and destruction of heritage and property caused by the imperial forces. The state as well witnessed a very swift transition from a regime favoring Ba’ath supporters to an administration favoring anti-Ba’ath individuals. Strangely, socio-political favoritism, which is the highest form of “win or lose” discrimination based on belief and support in a state, seems to be part of the enforced imperial constitution, which reflects upon their understanding of democracy and justice standards. 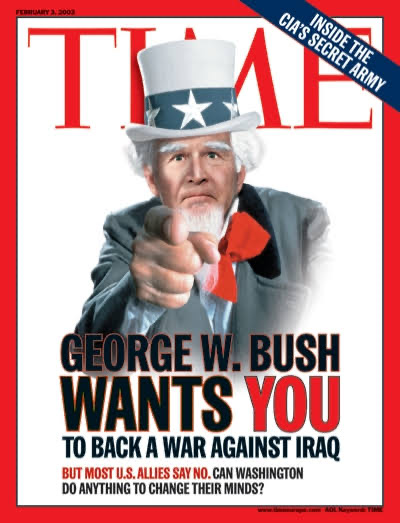 Unfortunately, this support status was displayed on the identity cards of the Iraqi citizens, where a substantial proportion of them have already adhered to al Ba’ath in order to be well placed in society and employment under the previous government. The very shameful decision with a catastrophically damaging magnitude is disallowing Ba’ath acknowledged people from employment and equal rights as citizens, even if the majority is innocent and disconnected to the regime. This directly resulted in a major and swift deterioration in education and healthcare, among other areas, where most workers had the unfortunate yet mandatory sticker on their IDs. On top of army dismantling, believers of “the imperial savior” began to despise and rebel, which was the turning point for the bloody and substandards of living conditions the country had been witnessing for an extended period of time. The rebuilding of Iraq socially and economically that was promised by the Bush administration was only restricted to political restructuring for the benefit of imperial capitalism and Western support. The outcomes were very clear: severe poverty, lack of safety and security, politically ingested unequal distribution of wealth, economic degeneration, lack of healthcare and proper education, loss of innocent lives, mass migrations and dislocations, damaged integrity, limited access to clean food and water, increased redemption attributes, creation of multiple opposition militia groups, self-elected communal policing, weakening of the defense systems and borders, penetration of an insidious neighboring state, plundering of capital money and natural resources, corruption and fraud, subjective justice system, mounting unemployment in days, majorly damaged economy, and all in all social destruction to the culturally historic land of the two rivers. The country is still repaying all the costs and will do so until actual unpenetrated democracy is integrated.

Saddam, unlike others in the region, is the character who rejected all aspects of the “Western driver” to peace and democracy 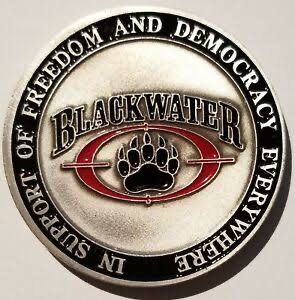 In his advanced years in office, Saddam Hussein, who did not retain WMDs or covert plans for American destruction, was a very stubborn and macho character that threatened the modern imperial regime through dictatorial governance. His association with other leaders relied on the similarity of traditional ethics and manners, which were prioritized over political goals.

According to former associates within the Saddam regime, “he valued any person who had strong traits of traditions, culture, norms, and manners that are similar to him, even if the ultimate objectives or beliefs differed.” Unfortunately, when neighboring Arab states, especially from the Gulf, started backing the imperial invasion and advocating for the toppling of his regime on many occasions, his political intentions were to cease that cultural treason of allying states. His protection of the region against the dangers of Iran was not quite appreciated or recognized by the other states, given Iraq was the one and only defense. The dispute on economic measurements through the pricing and production of oil with Kuwait sparked a full-fledged gulf war, which cemented the world’s involvement to stop him.

Saddam’s orientation pushed him to become less and less appropriated to the character of the modern politician who, in turn, must be a “modern policy agent.” The “hypocrite persona,” as often described by him, was not attractive to him nor his traditions, reflected upon the thorough analysis illustrated by his public statements in a board of allies and internationally. According to a survey on the rulers of Iraq, no leadership character was ever appropriate to maintain power in the modern sensitive geography and demographic of Iraq, but Saddam. Controlling all pillars and influencing rigid order was impossible otherwise. As explained in “the hidden democracy of governments,” developing countries around the world are often infiltrated by developed countries through influencing constitutional democracy and leadership parties in a “politically modern way,“ without recourse to physical confrontations or occupational initiatives. Many governments worldwide are largely penetrated that the magnitude of every decision by the administration lies specifically on supplying the demands of the benefactor, which many countries South of the Mediterranean and monarchs in the Gulf are meeting. According to reports, Saddam was an outcome of Imperial American intelligence, even 20 years prior to his formal reign to power, allowing its influence to extend on a crucial and disputable area by controlling oversight and crusading enemies. As he stopped rendering the services, the timeline proposed by his benefactors “has ended.” 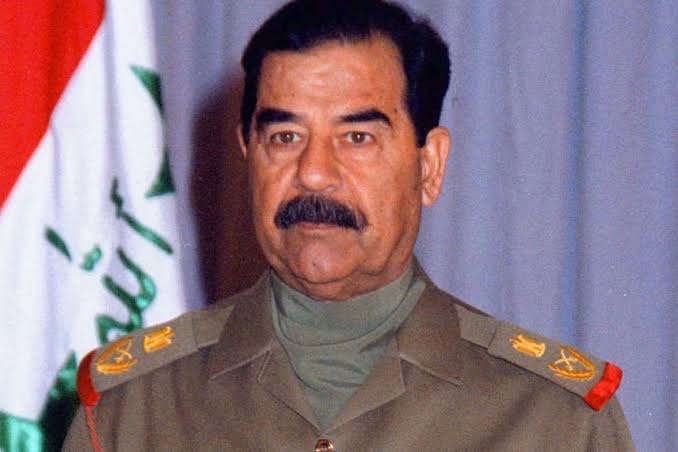 The influence retained by the imperial state was relying on hosting power bodies in global associations and fulfilling a magnitude of inner influence and support from allying states. All plans and forecasts, which were quite simplified at first and mostly lacking thorough oversight, especially in the matter of resolution to warfare, estimated few billions and mere months of involvement, “To capture and bring Saddam’s regime to justice, free the Iraqi people, and we’re outta there. That’s all.” As shortsighted as this statement is presented by a former American official within the Bush circle, it represents the entire mentality and governance of that administration. Operations drafted showed very minimal loss of lives and financial costs for both sides of the conflict, triumph for democracy, and safeguarding the world. However, as shown by statistics, the results were trillions of dollars on both parties, thousands of “collateral” innocent lives, millions of dislocated families, a loss for peace in the region, and victory for compromised and penetrated democracy in Iraq. Pillars of justice, as demonstrated by that administration, were conformed by the objectives of the selective few where actual democracy was not embedded. According to a simulation of the American people, even though they largely rejected the campaign to send troops, Bush’s cunning way of convincing that the right course of action is surgical warfare had the upper hand by the senate and parliament, manifesting ongoing Western hatred to Saddam’s leadership and doctrines 10 from his 24 formal years in office. The Bush strain assumed to pinpoint this focus as their primary objective, which G. H. Bush did not fully accomplish. According to political scientists, “Bush’s infected bloodline had Saddam as their virus. The only way to extract it was through surgery. 9/11 was the only way to convince America and the world of the green light to a desperately begged-for invasion.”