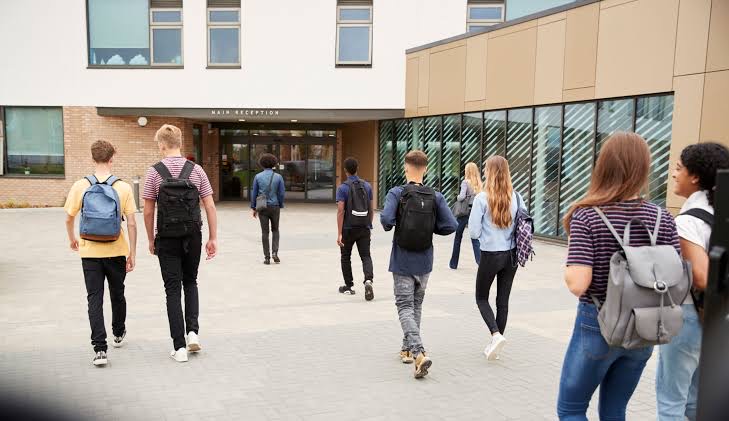 How is the schooling system affecting human lives? Is education producing the expected knowledgeable people of the various fields? Or randomizing allocation according to post-secondary standardized results? Is the current system an effective institution? What kind of impacts does it have on individuals? What factors drive the need for a more improved system? 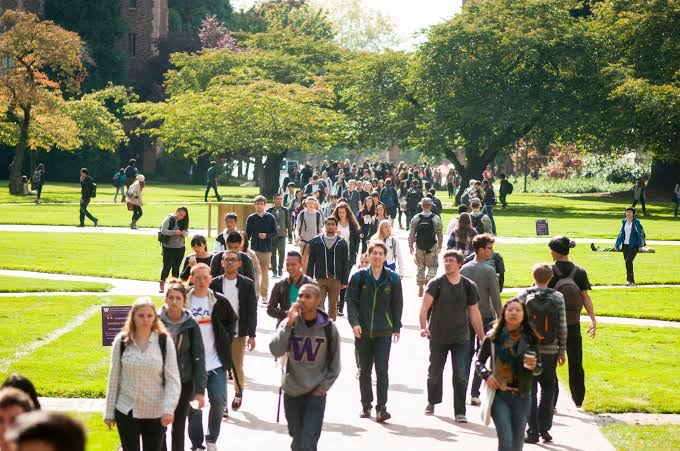 The schooling system is a vital stage in an individual’s life in terms of education and growth, expanding mental capabilities and judgment year on year to be well prepared for academic maturity and professional responsibility. According to former principals, the goal is to navigate the growth of a child in a strategically devised way to become prime in their field as per the purposes of the school’s curriculum, “a scientific-mind producing factory.” Every grade in the system advances a step forth in the growth and comprehension ability of more complex matters within varying subjects that a student should endure. The funneling system, starting from broad and general overviews to more specialized and detailed learning, is to form the basic structure according to principled standards of modern society before diving into crucial theories and practices. Those standards are often devised from societal pressures on education that is ever-changing. Merely a few years ago, subjects on civil life in elementary school taught children about two genders, male and female, and the regular marriage that results in natality. In recent years, this subject adapted from society and pressures from entities where children began learning that there are multiple genders, and marriage is not constrained between men and women only. This phenomenon is highly exhibited in developed countries. According to religious families originally from developing countries but residing in developed countries, this systematic change is inappropriate for the understanding of a child who will grow into a society-allocated and environment-specified gender familiarization, ignoring actual biological orientation.
Furthermore, socio-political norms also Impacted education. As explained in “Eliminating distortion by empowering precise history and accurate education 2.0.2.0,” modern education of leading curriculums is being strategically politicized to adhere to a certain conclusion where history is being highly fabricated to present a one-sided perspective of events for the benefit of some over accurate facts, often portrayed under the name of democracy and peace. Education is a sensitive topic that any intentional or unintentional inaccuracy may have long-lasting catastrophic effects on the future of societies and the world.
Nowadays, education is encountering high levels of digital transformations, especially in developed countries. Technology is viewed as the epitome of intelligence and innovation that is required to renovate worldly matters further. The creation of the internet, similar to the discoveries of mathematics and sciences, revolutionized the word and eased many tasks and functions. However, as opposed to maths and sciences, the Internet is not aiding human brain development and capabilities. As explained in “The human intelligence is at risk from perpetual development and ever-increasing speed,” the usage of the brain’s capacity is very minimal, where additional utility is regularly far-reaching. This expansion, as illustrated by research and neuroscientists, depends on the amount of effort and training put to strain the brain into expanding and producing desired outcomes. The digital era became a block to the human-brain expansion that is ultimately required to sustain and improve the world through time continually. 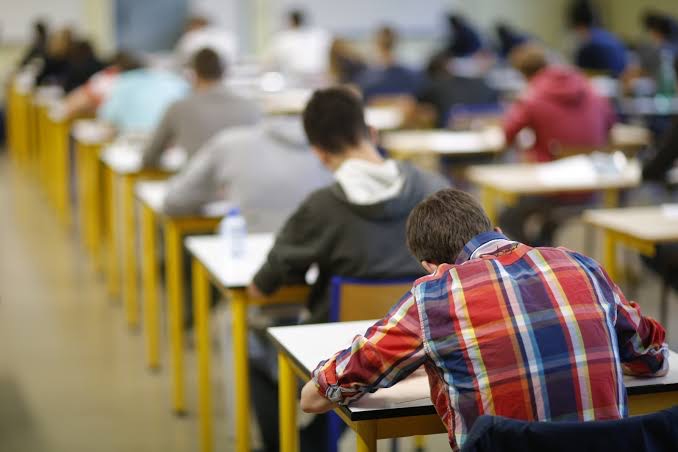 Human growth, subject to innate and learned matters, is not identical between individuals. It is also difficult to examine and quantify a specific rate or level per person, given the many uncontrolled variables involved within a person’s life that contribute to their mental development. According to scientific studies on cognitive development, genetics and the environment play the most significant roles in structuring the mind of a person. The children from more intelligent families are usually with a higher quotient and capability, taking into consideration reasoning, logic, and memory, than those with less intelligent predecessors. This is also highly exhibited at school. However, research also suggests that individuals with less intelligence quotient levels usually have a higher memory capacity, or comfort at a larger memory span, than more intelligent persons with higher logic and reasoning capabilities.
Taking mental abilities difference between persons into consideration, academic curriculums are not being very friendly to the unique brains of students. Education needs to be more adaptable; otherwise, there will always be unintentional favoritism. “The system seems to filter the prime specimens from the less prime ones.” The reason behind differentiating the prime minority group from all others is to strategically understand who has the leading characteristics and potential to forward unique objectives in various fields, filtering the strong from the weak. This is also a reason behind the differentiation between top schools and universities that only accept this minority group, who, according to statistics, are more welcomed and appropriated to lead drastic and necessary changes or maintain the robust momentum in society. Graduates from Harvard are more inclined to better placement in society and for-profit organizations than those from standard or average universities. 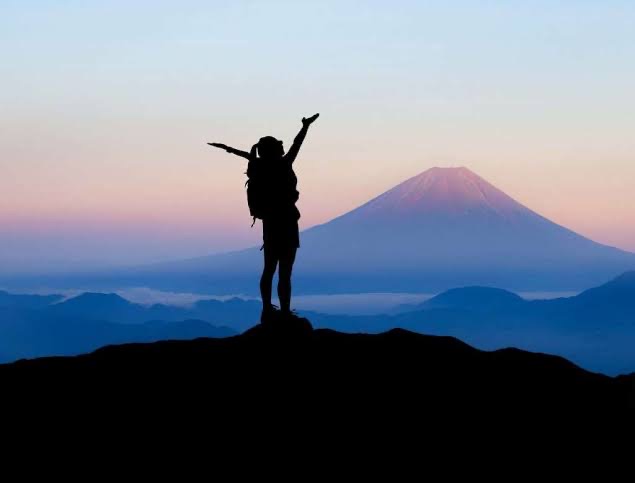 The schooling system’s problem today is neglecting the unequal mental capacity and potential between students of similar grade and age. On that norm, significant mental discriminations and social segregations between different groups will be continuously experienced. Not only will that lead to academic struggles, but also social conflicts between individuals. The ongoing routine of schooling led to the molding of a specific type of individual, encountered at every school grade relative to mental understanding. According to a simulation on mental differences visible in the school, the different levels of adaptation to more advanced learning per class lie on the intellectual ability from “genetic qualification, prior knowledge, and motivation to learning.” According to statistics, a significant number of those students are either more advanced or less developed than the grade’s requirements, where the uncertainty is substantial. Inaccurate placement of mental capacities may lead to leashed potential or halted progress required for the proper growth of an individual. Education seems to focus on instilling knowledge without thorough care for the receiver’s varying levels of susceptibility and potential for comprehension. According to a survey on counseling bodies at schools, “this task is under the responsibility of the student who should know their allocation and presence.” However, a student who is purely following the system may not get the chance to be heard, or may not even understand their right placement given the routine devised and enforced for a significant period of time. Especially at public schools, where the unfortunate usually attend to, a sheep-like pattern is exhibited, being the only option for them. According to a simulation on public schools, students follow almost a universal character, demonstrated at every grade, in terms of academics and social traits. The graduates are frequently not the dreamers or free thinkers that private schools empower. Public school graduates understand that their opportunity is limited and not quite lined up, financially and academically, where the only way is to achieve top results that are usually difficult, given the different levels of intelligence and mental capabilities, filtering the prime specimens from the less prime ones, so to be able to have a chance at the right place and studies.
Nonetheless, according to research, most of these graduates are people with dreams, even if their academic transcripts or reports state otherwise, but the opportunity is not efficiently provided. A significant portion of these individuals, who cannot find the right opportunity, usually end up performing inappropriate activities, where the reason lies on an imperfect and one-sided system. Opportunity is negatively correlated with inappropriate or improper actions, where if a higher number of opportunities is provided to individuals, the lower the number of socially inappropriate actions. Systems need to provide all kinds of options to persons from all statuses, as this is the only risk-free way to empower a more standup society, academically and professionally, accepting each of them to the appropriate place and position. 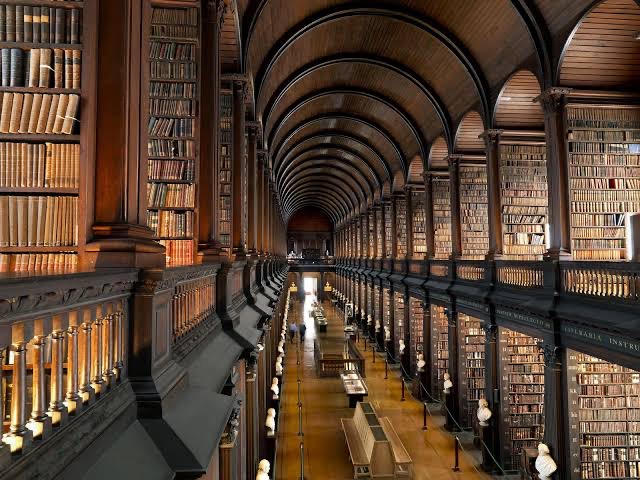 Motivation, which also is considered the most crucial feature to enable a person for education, stems from the attractiveness of academia and school to the individual. According to research, more motivated students are more likely to have better results, where the correlation is positive. This is also a reason behind increased concentration on school aesthetics, curriculum, and ranking, where students would be more inclined to achieve higher results given the more attractive environment.
Nonetheless, different students also have different levels of motivation for each kind of class. Some individuals prefer more scientific fields, which can allocate them as science majors, while others prefer literature. Yet, provided that schools usually deliver the general overviews of all subjects, this may be troubling to some given the different preferences. According to a survey on school graduates, they are often disturbed by the general allocation of both science and literature subjects without regard to each student’s motivation or preference. Some students achieve higher results in science but lower in literature. Others achieve higher in literature than science. This majorly impacts their overall grade, which directly affects their ability to enroll at a desired tertiary school. As displayed by statistics, the normal distribution of individuals achieving high grades in all subjects no matter the preference is minimal in comparison to the entire population, often being socially outcasted, where the substantial portion lies in achieving mediocre results in all classes, and another portion being “good at some, bad at others.” Motivation is also affected by the requisites of schooling. Most students find difficulty waking up early morning five days a week, entirely focusing on academics and social matters, memorizing study content, fitting in, and comprehending required notions, all while coping with the very stressful social environment.
As presented by research, the dominant factor that majorly contributed to the demotivation of students is examination. Testing students on the content taught in class, only to force them to memorize several chapters a night before the exam, where the sole purpose is to pass and achieve grades to be accepted into the right school, majorly contributes to less knowledgeable individuals. According to a simulation on examination and knowledge, their relationship is built upon a specific negative correlation. The higher the magnitude, frequency, or difficulty of examinations, the lower the forward knowledge preserved by individuals to use and retain in life. When interviewing students, especially those with specific field preferences, they are highly distressed by this issue that directly impacts their future and placement. The examination is also directly correlated with the number of dropouts from school who often find difficulty in being creative and artistic in an academically and socially stressful environment.
The mental capacity of the brain to withhold knowledge is substantially large. Still, as individuals of the 21st century, where our responsibilities are being highly dependent on digital support, our brain efficiency is going down with time. According to a simulation on technology and people, the pre-internet era encountered more optimal innovators and leaders, with respect to intelligence and mental abilities, than today. The schooling system, which is academically funneling persons in a sheep-like routine, needs to be reformed in order to reduce academic dropouts, increase the motivation of fields, adapt each student appropriately, and avoid discrimination according to “prime specimens” in order to sustain more specialized and standup individuals in society.