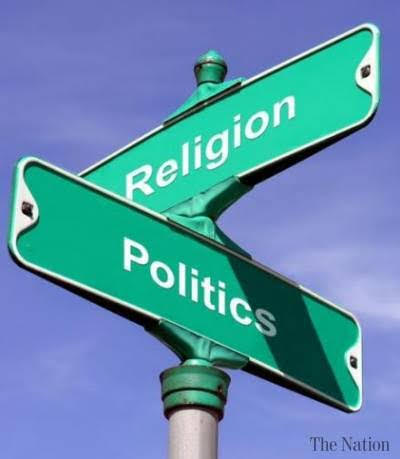 What is the leading political arrangement of a ruling party? Is democracy always a part of its sovereignty? What kind of social transformation was brought forth in recent times? How are governments worldwide coping with global changes usually proposed by powerful associations? What seems to be the leading dogma of a leader, faith or secularity? Under what political formation are countries generally consolidating?

When investigating countries’ political history, diplomacy seems to always be in question. Most governments around the world endured a significant shift historically to their doctrine, where secularity was more internationally welcomed than religion. Ruling methods differed vastly, and hence the outcome of its distribution on developed countries. Unlike religion, which was practiced and taught for centuries and millennia, secularism is more vague and ambiguous. Driven by modernity and the need for a particular type of civilization, its main methods revolve around the grab to power without a theological outlook, often through diplomatic secrecy. Initiated at the same period as the Balfour declaration, which was more religious and nationalist oriented, and other one-sided declarations, associations leading the secular movements demanded staggering change after World War I, yet not quite strategically envisaging of all concerned stakeholders. According to a simulation on the relationships that secularism sparked, there was a correlation between a secular structure and social discriminations, including racial, gender, wealth, and religion, where a specific class or group was more powerful and appreciated than the others.
According to a simulation of the countries’ political orientation, there is a difference between developed and developing countries’ way of expressing their sovereignty and adhesion to democracy. Developed countries, who mostly have had reigns of power under the religious type ruling in the past, claimed to have followed secularism in the last decades so to follow “truer“ equality and freedom under uniformly accepted diplomatic teachings. Developing countries, who majorly favor the religious rules of law given their large presence between people, also established the basis for secularism written by governments only to become an assimilating nation, even if it may have triggered civil tragedies and increased authority. Even though all countries around the world have a majority population of one religion, this secular movement is presuming justice to all beliefs, given the political courses revealed by nontheist American associations.

Suppressing the majority to maintain the minority’s grab to power 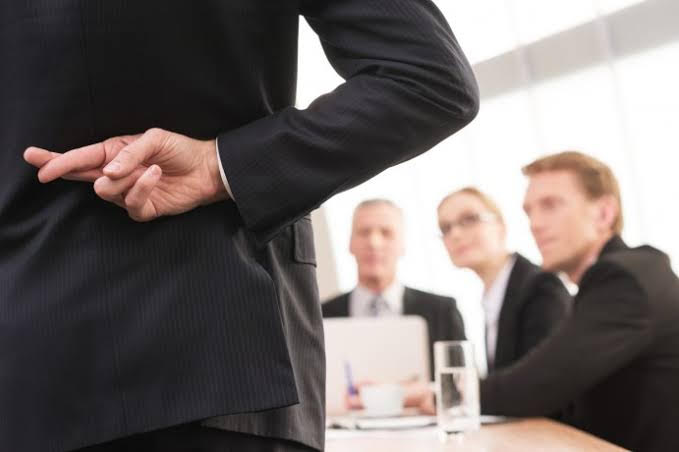 According to former officials from the Middle East, many states directly oppress the majority religious population in an effort to quelling any types of a religious rise to power, “The ruling parties in these countries are following the socio-political trend only to be called a part of the civilized world without thoroughly analyzing the social consequences of such a change that directly opposes long lasted and sacred principles.” The continuous rise in autocratic stratagems exhibited in such times with regards to secularism resulted in a loud magnitude of unapproved yet oppressing ruling that is silencing the majority of people for the maintenance of power. Countries that do not presume secularism, or have a lower intention for it, are demonstrating high levels of corruption. According to a simulation on the relationship in Arab countries, secularism is negatively correlated with corruption. Strangely, prior to the secular shift and movements, political deception was nearly nonexistent in these areas following the religious rules of law. As explained in “The Hidden Democracy of Governments,” foreign bodies are extensively meddling with Arab democracies, pulling directives back and forth through hidden commandments, depending on the direction displayed by the leaders and support established through supplying noted demands. As secularism is more manifested in one region than the other, authoritarianism is also more lively. As per a well known international standard, civilization should not coexist with totalitarianism. 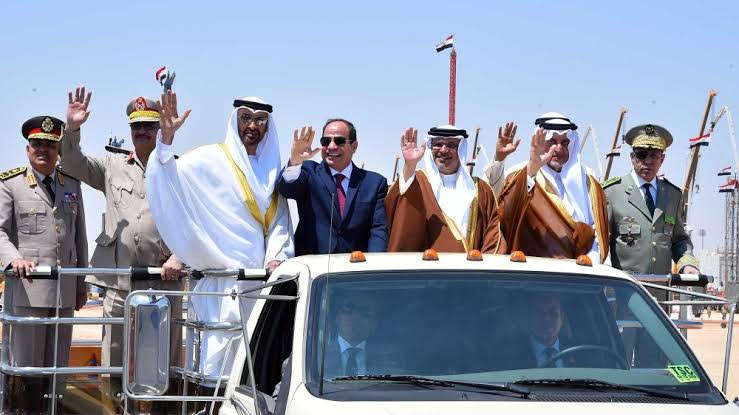 The separation between state and religion in the Arab countries is far more complicated than expected. These countries are built initially upon the uniform belief of monotheism, where the majority of the population is of religious descent. The highest importance is given to customary laws brought forth by religion in matters of society, where politics, commerce, and others fall in line. Any deviation to the rule of law is a downhill direction to impropriety due to the ripple effects it may have on society and one’s self. When the long-lasting rule of law in certain geography is altered, any execution of enforced accommodation to an entirely different type would be near impossible, given its supreme importance and connection with culture and traditions. This is also a reason for numerous upheavals and administrative complications. According to a simulation on democratic countries in the Arab region, countries that portray religion over secularism are facing continuous struggles socio-economically and tension over its sovereign, but with higher levels of presumed liberty; on the other hand, others that proclaim secularism over religion are more restful and economically prosperous due to adherence to globalization, yet more authoritarian and despotic in nature. According to analysts, the disparities presented between the secular and religion-based political structures in Arab states portray the existence of several groups that are seeking to diminish governments and offset the image of the specific religion.

As explained in “The Tragic Democracy in the Arab World,” democratic Arab countries are primarily penetrated by foreign elements that seek to subdue the state under a partial ruling benefiting their presence and placement without clear opposition. The religious bodies, sometimes immoral and besmirching in nature, in certain democratic nations of the Arab world are hidden behind their “veil of faith” in order to attract like-minded individuals for a more powerful party and presence. According to religion professors, these veils are “usually falsehood of lies” that seeks to defame the image of religion to push the people away from the morality of faith to the modernity of secularism by negatively reinforcing principles and integrity brought forth by religion to the lives of humans. The creation of doctrines within beliefs is often performed by devious enemies of the state, or enemies of religion, seeking to divide and conquer ideologies by a “power of savior that saves a robust yet sinking ship that was deliberately sunk by them.” As shown by statistics of the last 40 years, communities are facing a significant transformation to secularism or nontheism in response to the “wicked and politically-backed miseries” faced by people in the previous period in the name religion.

ISIS, the terrorist group proclaiming to be an Islamic state of liberating the theology from invaders and sinners, is an example of a politically driven strategy to defaming the religion of Islam where, according to eyewitnesses to this group, most of them do not comprehend the religion accurately, cannot rightly speak the language of the religion, and do not practice the rituals correctly, where some were seen wearing the symbols of other faiths in disguise. Their strategy succeeded so far to the extent that a significant portion of people affected by their false presence decided to accept other forms of philosophies and secularism by drifting away from religion. Understandable as a human given the defensive mechanism against tragedy, yet old fashioned and strict families usually do not accept conversions, thus causing a significant impact on familial relationships by contributing to dividing and surmounting their mentalities. To younger generations, social media and leading countries are driving their norm of belief that follows secular or agnostic systems. The fan base acquired by secular movements is increasing year on year that religious habits became near obsolete, and in few decades, should this trend continue and live on, the minorities of the world will be religious.

Secularism between age groups and ethnicities results in discrimination 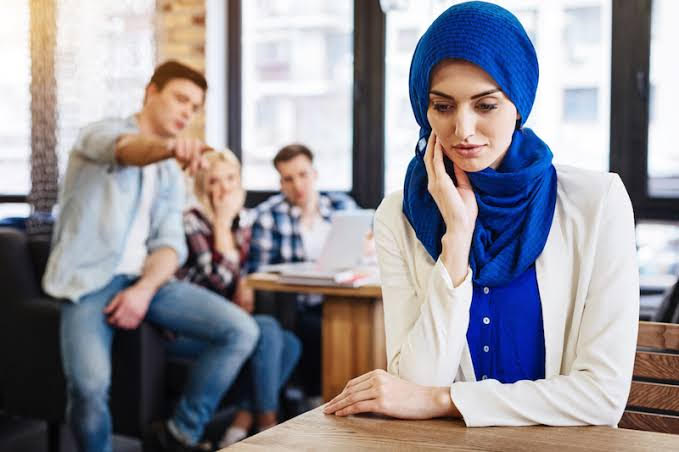 According to a survey on the pros and cons of secularism, the majority of young adults and adolescents in the 21st century empower secularism as part of “liberal and total equality” movements opposing to their strayed views on religious standards. In contrast, older adults are more conservative and hoping for a more closed state to ensure their existence without the penetration of the modern world’s “indecency.” The issue marking the next generation revolves around accepting freedom without question and equality without order, opening the society up for sensitive perplexities. The ethnocentric elder population resenting religious liberalism and affirming conservation, which makes up a significant percentage of the European Union, is a leading reason behind the inequalities and troubles faced by immigrants from Iraq and Syria. According to professors of political sciences, they explain that secularism in its form is liberal and accepts people of all kinds without question; however, in reality, this form is infiltrated by groups and so cannot be free from politically partisan measurements. When interviewing immigrants, a portion of them demonstrates their frustration against citizens looking down on them with racial and religious bigotry, where police brutality cases are on the rise, and equal opportunity is more challenging in some places than others. They also display the issue in opening religious sites, which are highly fended off by “secular” authorities.

The teachings brought forth by books of religion that portray the norm of life can ensure the growth and prosperity of humans; yet, they are seemingly not understood clearly by people. Modern media, nevertheless, is displaying them as “closed and tyrannical.” The only way faith can be comprehended in its proper grounds is when teaching is precise and accurate than divided or misleading. In recent times, the significant problems faced by religion, stemming from misconceptions, is the rise of significant misrepresentations that need to be tackled judicially and without bias. According to former intelligence officers, the easiest, but not quickest, way to lessen the might of a belief is through “misrepresenting religious teachings and their political framework from morality and ethics to indecency and wickedness.“ This measure proceeded to advocate for disregarding the religion and its methods, in which younger adults and next generations became utterly oblivious to its standards or ideas. According to religious elders, the main attributes contributing to debunking religion come by the destruction of health, declination of cultural norms, and aggravating social perversity driven by human desires and political objectives. The community’s principles are on a thread between human knowledge and divine teachings, where the audience is unsure of what’s right or wrong.

Hassan Al-Shama
Co-Founder and President at HYLMAN
IB, BBA, Grade de Master, MBA, LLM
“Unraveling the truths from a last and next-generation businessman’s out of the box perspective.”