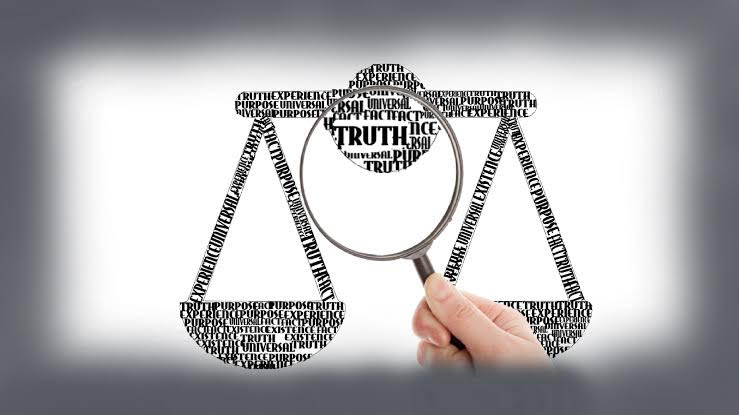 How are the “truth silos” about COVID-19 affecting the population? Who are the entities responsible for generating, masking, and randomizing those truths? Is the exponential rise in cases a result of diverting guidance? How responsible are governments for the fast-growing contagion and deaths thereof? What legal provisions are groups defying under the name of public health? Should we call the second wave of coronavirus that is infectious but less deadly COVID-20? 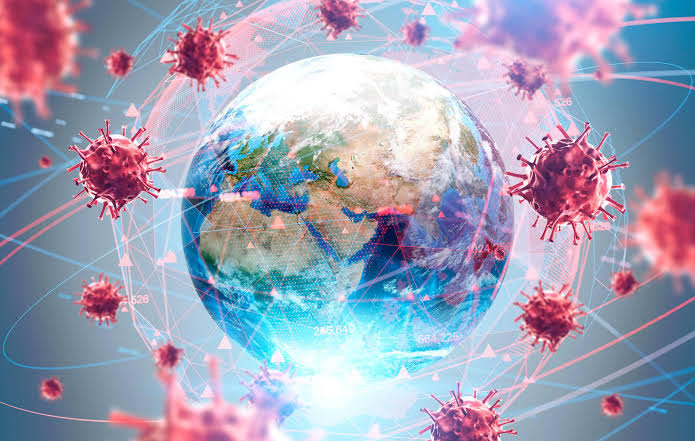 So far, the coronavirus pandemic has triumphed in different phases. Controlling the outbreak at the initial stage was most vital to its departure, yet some groups were considerably laid-back. The result encountered was millions of infections and thousands of deaths, with rolling waves of transmission. According to a survey on people’s thoughts on the reasons behind the growing widespread, most of them justify human social desires as a leader of causes that people are not carefully preventing or taking the issue into valuable consideration, from social gatherings to professional meetings, which most often turn into proximateness than distancing. Alcohol-based venues such as nightclubs and bars are the epitome of contagion that is surging the cases. The seriousness of this virus is demonstrated by the number of lives impacted over the last months, especially to the most vulnerable demographics, the old and the chronically ill. Even though many officials from developed countries, often seeking a win, claimed the downturn and control of COVID by the end of the second quarter of 2020, they were hoping for a more robust economic comeback than ever; however, the outcome was quite the opposite. 2 months after the presumed cessation of COVID, during the second half of 2020, the world began to be overflowed with more than expected waves of contagion, displayed by the number of case surges per country. As explained in “conspiracies, mankind, Dr. Fauci and COVID-19,” Anthony Fauci, the director of NIAID in the USA, predicted that a second wave is more substantial and deadlier, where the government needs to impose stricter control than before, given the importance of national health over the price of the economy and job security. The governments’ resistance and blunt out refusal to adhere to data-based conclusions of the virus caused both economic and health catastrophes, even though its presence essentially is to make sure the population is alive and well through a certain standard.

“Economy or public health,” the division of today and the dilemma of tomorrow 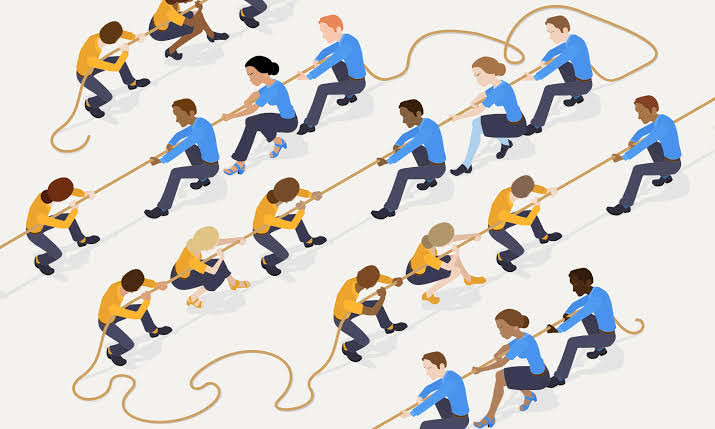 The level of response and obedience to such experts varied between leaders, and hence between the population. Some leaders viewed the importance of maintaining the globalized economy and employment, which would be financially daunting to the government if not saved. Others viewed the importance of public health and survival, which would be socially daunting to the government if not saved. This relationship observed a direct negative correlation between the economy and coronavirus cases in today’s environment. The better the economy, the higher the surges. Two ends of an opposing spectrum pulled the people, who are also primarily divided. Employers and business owners sought to bring back the economy and to keep things as normal as before, even if only in speculation, in order to stop the financial bleeding that is caused by enforced paid leaves that exceed company funds under the orders of the government, poor business conditions due to the unavailability of demand and rising industrial backlash, the bankruptcy of many suppliers and halting of distribution channels, and frequent market takeovers by the wealthy and commercially patient oligopolies. As explained in “The “sleight of hands” Renovating Political Orders and Managing Socio-Economic Amendments,” the bargaining power of suppliers leaped very high given the decreasing competition and surge in demand for materials, especially in COVID-affected industries.

Business owners deciding the fate of their activity found a hard time coping with demands from official bodies pulling the pillars between the economy and public health. The commercial unrest is a reason for the massive unemployment rates that struck the economy, yet the capital market is freshening up with green ticks. According to Paul Krugman, the economy is disconnected from the capital market, emphasized by the recent developments. As explained in “Unusual Times and Aggressive Policies Leading to Unconventional Financing Habits,” policymakers are not quite sure of every policy generated in matters of quantitative easing, usually referring to money printing and near-zero interest rates to stimulate the economy, which yet contribute to higher inflation and respectively lower FDIs, on account of many affected domestic groups given the condition of high uncertainty under a “bad scenario form” the world is facing. Entities arguing the comeback from COVID are only doing so to speculate the normality of things publicly and stimulate the audience, while those who are arguing the severe financial bleeding and economic pain are only doing so to demand more government support and financial aid as a result of the largest Force Majeure of the century, according to a simulation on businesses and their response to COVID. 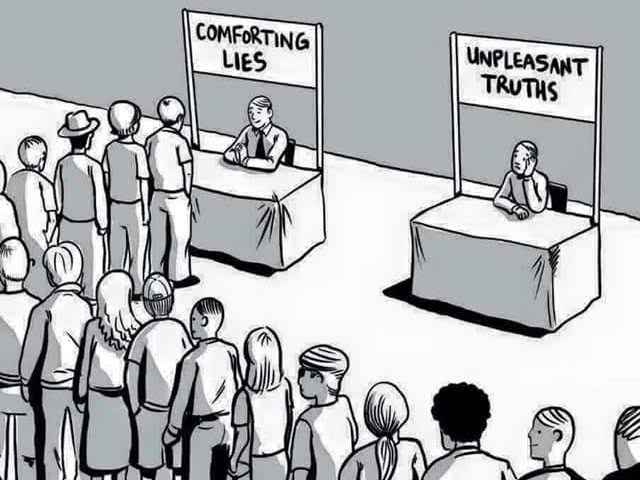 The nature of the outbreak is seemingly differing at every developing stage. A few months back, the largest affected groups were those in close contact with persons who are affected, where cases were lower, but the infection was more deadly. Recently, the case orientation differed where numbers are on the constant rise, but deaths are lower. Some medical experts argue that the recovered human bodies have driven a certain level of tolerance as a response, where airborne and air pollution claims from a recessive carrier are justifying the more prone conditions and quicker transmission between people. Others believe the distancing and social guidelines are accurate, yet weather change to summer contributed to fewer respiratory problems and virus cleansing. The increase in cases still puts one of the most affected groups, the chronically ill, at a concerning spot, found majorly in health ignoring regions that are rejecting for the most vulnerable in terms of employment or safety. According to a survey on the chronically ill and employment under COVID, they’re majorly concerned about both their financial security and health safety, where all have a direct cause for catastrophic or destructive consequences. They also explain their frustration with government support that is shrinking over time or filled with “political bumps in the road.” If the government does not support or safeguard the chronically ill population, allowing them to maintain their financial security and health safety, coronavirus will prey on humans for a longer time than expected.

Conflicting guidelines of leading parties are not only affecting the lives of people, but also the government 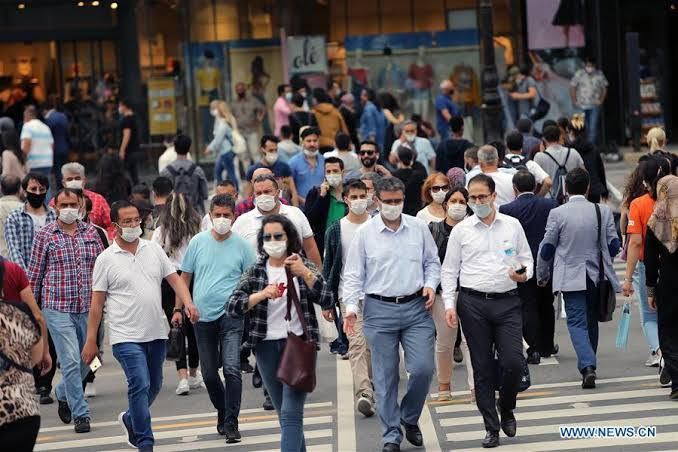 No doubt, government deficits from financial debts are increasing, exports and imports on a thread from the volatile state of world currencies, and direct returns mostly dropping due to a higher amount of commercial standstill, bankruptcies, and lower overall income per capita. A stimulus package is not only for the benefit of the businesses and population but also for the government on longer terms. This issue directly impacted debt retention and bond values, where yields and maturities are supposed to be safely denoted. Safe bonds became risky and junk bonds before COVID became junkier; some countries, especially in large associations, need to be carried by a unique form of the financial lifeboat.
The growing concern that people are facing is the distribution of contradicting guidelines in the same and differing geographies. Groups advocating for economic importance and others for health, yet there is no clear winner. According to a simulation on people’s response during this time, a significant portion of people at an increasing rate is leaning towards guiding themselves through the outbreak with less obedience to conflicting bureaucrats, who are usually seeking placement in society and maintenance to power. The rise in groups on social media pertaining to directing the right course of safety and “fun” measurements during COVID also contributed to attracting a specific fan base and guiding them. The decentralization of the COVID directory seems to be worse than expected with no proper supervision or oversee to the popularity contest between self-actualized experts. Technology, as well, helped create those groups and contributed to the divided knowhows.
Most individuals explain their frustration on leaders’ foreign interferences and appearance of unity under the false alias of the century, “peace,” only to have an “immortalized identity” that is not considered very straightforward or conventional socially these days. As explained in “Globalization may not be as Healthy. Autarky may not be as bad,” the high integration of countries contributed to the widespread of COVID-19, whereby self-sufficient countries were able to control the spread better. Commercial openness between countries has seemingly a leading relationship with the spread. 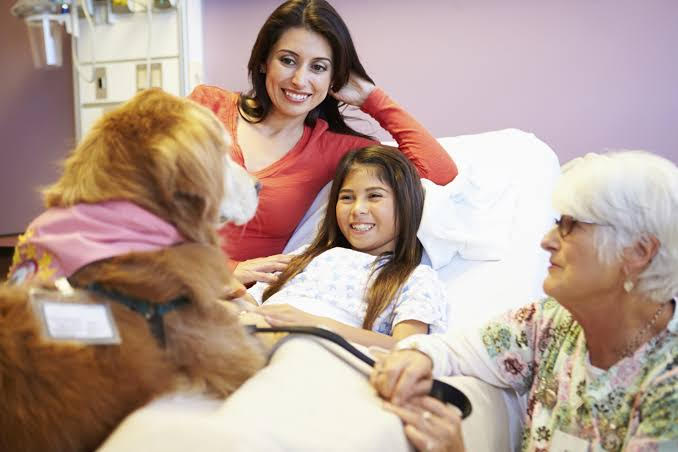 Countries are also advocating through different measurements the same image of triumph for potential economic benefits. Russia and China denote the existence and distribution of anti-COVID vaccines without thorough clinical phases and investigations. Gulf countries open up stores and shops for touristic enjoyment and people’s leisure, directly ignoring open places rules. Sweden refuses the importance of social distancing and wearing face masks for presumed economic and security priorities. Iraqi groups and government security employees rejecting the idea of safety and distancing by means of power presentation against the virus and people. All the above examples portray the importance of reclaiming the lost political and economic order found in recent years by circulating capital, which is signified as more important than overall health and safety. Given the last years of a slowing economy, as explained in “Lack of Monetary Supervision and Neglecting the Importance of Investment Protection Risks Rising Troubles in the Global Economy,” novel yet unconventional investments came to life putting a clear endpoint to currency, contributing to less monetary circulation and more gradual, fluctuating, financial crises. The high increase in COVID cases in the last 2 months is a direct result of people’s self-guidance. According to simulation on the relationship between the second wave and government directory, there is a direct positive correlation between conflicting guidance and covid surge in cases. The stronger the conflicting viewpoints of officials, the bigger the negative impact on obedience, hence the higher the surge in cases. Governments are unitedly contributing to the rise in cases, economic vulnerability, and deaths. Uncertainty is the one accurate word describing the era we live in.