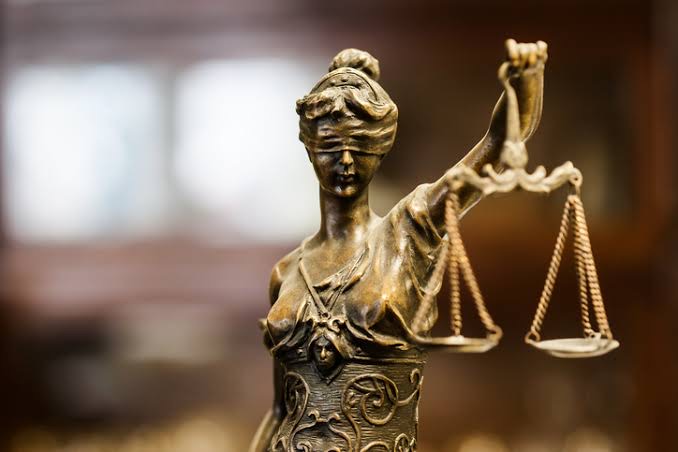 What is the ultimate outcome of injustice? How is it formed and integrated between countries? Did international equivalences of diplomatic principles tackle such matters? Who are the primary groups responsible for ensuring justice? Can individuals manifest their existence without encountering problems? Is it a top-bottom or bottom-up approach? 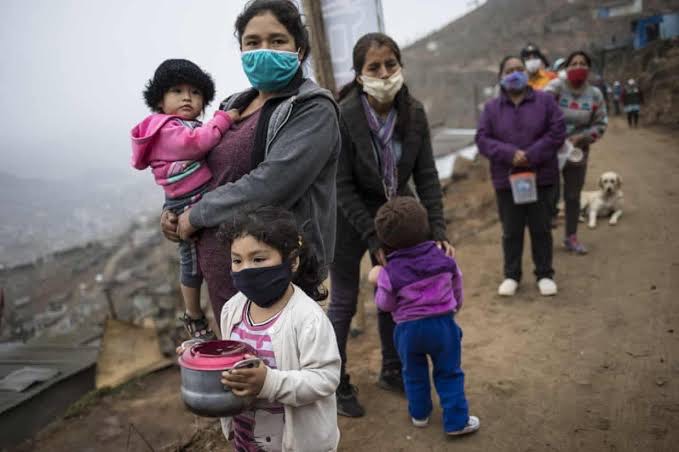 Injustice is one of today’s major problems faced in society stemming from undemocratic governance that directly result in socio-political unrest and indirectly result in economic insecurity. It is mainly viewed upon the judicial structure of the country where the administration of justice and its outcomes are evaluated. According to a survey on confidence in courtrooms, being right is not always a winning trait. Presenting all evidence is also not a decisive factor. But “being politically connected is always a winner.” The disproportional asymmetry derived from the identity of judicial equality viewed in this scenario in comprehending the methods of legal success is damaging socially on the long term, where children of these countries could grow up understanding that practical rights and ethics are exercised quite differently from actual and required justice, hence become challenging to adjust. According to “Demanding radical change requires psycho-graphically understanding ourselves and target bodies,” leaders of countries are usually of advanced age, and the mentality of such age groups are hardened due to crystallized wisdom where adapting to the environment or changing preestablished habits are near impossible, which also represents a government structure. Unfortunately, as explained in “The judicial system’s reality check and its reformation 2.0.2.0,” the quality of lawyers represents the data-proven confidence interval of success in courtrooms. A statistics study shows that a significant portion of judges and jury are usually swayed more with expensive, well-known attorneys. Whereas for the parties who are financially unfortunate they can only take up average or lower-cost lawyers and hence are usually “doomed“ by this injustice. This understanding exhibited in centralized governments or penetrated democracies is the reason behind unwanted social discrimination and inequality, where rights are not affirmed or transparent. Civilized countries’ leaderships in modern times assume a “just order“ as part of their mission and open-ended obligations; yet, exercising it may be a different story. According to political science statisticians, judicial decisions’ approval ratings presented by the population are “usually below par.” 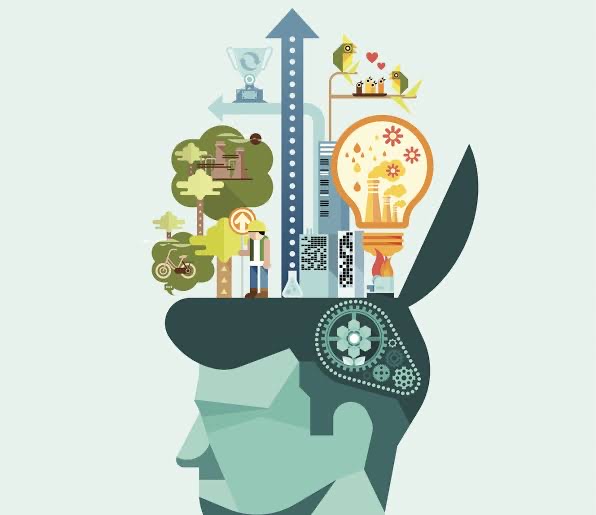 Democracy’s basic structure relies on the pillars of justice, where if it was broken or cracked, the structure of the entire country is shaky and near collapsible. Many democracies’ political systems have collapsed disastrously as a result of continuous injustices, rendering them uncivilized or outdated with several conflicting parties. According to analysts, South American democracies are a prime example of organizational collapse from one-sided politics and encompassing injustice. Their fundamental understanding of justice is dependent upon the hierarchy of power, which is also why drug cartels were and still are able to rule publicly and secretly. Such as the nephews of the Venezuelan First Lady who were caught in Haiti with a large number of addictive drugs to illegally smuggle and trade them in the USA. This kind of issues majorly contributes to continuous rebellions or uprising attempts in the name of stabilizing the foundation of governance. On April of 2019, Juan Gaido, a Venezuelan politician, led a failing coup attempt, alongside US backing, against the Venezuelan President Nicolas Maduro. The interference of foreign elements in the name of stabilizing another state’s democracy, as explained in “The hidden democracy of governments,” leaves governance open to penetrations that may rely on supplying specified demands in return for aiding in the reach to power. From an international perspective, deducing the justice of both sides is difficult given the matters of diplomacy against human rights and survival. Such unrests lie on the unclear foundation of justice, which is mostly reliant on the judicial administration of socio-political order. 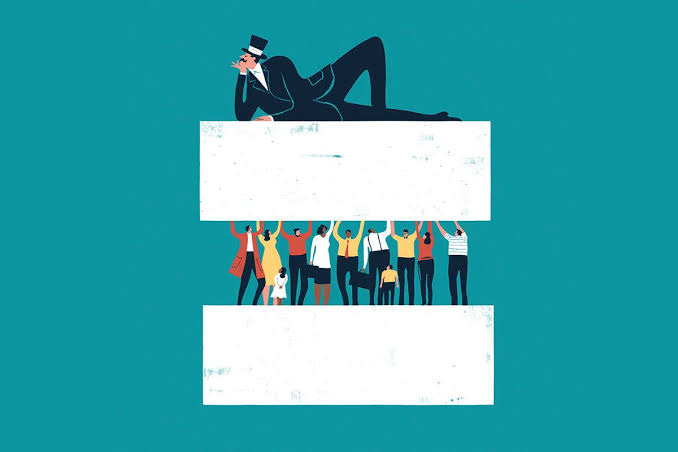 People’s humanistic reaction to injustice is usually fight or flight. Both responses are defective, given the means are generally unrest and trouble or turmoil and tragedy, affirming the need for justice to be liberated from the top and not the bottom. In its original form, the delivery of politics and leadership is a top-bottom approach that produces strategies and policies for all the groups to follow. Injustice, running in the same political structure, follows this approach. However, when inquiring from presidents who faced rebellions or manifestations, they frequently claim that “injustice is real from the bottom. If they do not trust us, they will unfairly judge us, and turmoil will happen. This is often bottom-top.” As ignorant as that may seem, all parties to the state need to transparently communicate and resolve injustices, including both leaders and individuals.
According to a relationship study, injustice is directly correlated with crime, where if injustice increases, so does crime. When the law becomes breakable or overlooked by any entity or individual of a community, people rely on self-knowledge and character-based ethics. As explained in the “codification of customary social laws 2.0.2.0,” societies need to create, embed, and integrate customary social laws regarding particular standards to maintain a unified understanding of principles and integrity that directly mold interactions and behaviors. Social norms need to be airtight in order to preserve the national order of things. Injustice is known to be a contributor to hierarchy and increased discrimination of all kinds. The increasing gap in wealth distribution and “winner, or powerful, takes all” is flourished by unequal commercial benefits and organized shareholding of the market. As explained in “The era after COVID may not be as comfortable,” cash-rich oligopolies during COVID-19 have been able to take market shares with minimal effort given the lower circulation of money and economic abnormality caused by decreased demand, where many smaller entities and competitors could not bear.

Democracy must be defined appropriately or administered accurately

The social transformation of things after WWII confirmed a deeper level of injustice after a series of physical struggles as rising civilizations clashed. According to political scientists, “wickedness in the name of peace,” this describes the structural issue pertaining to the latest century, where evil is manifested through democracy. The art of modern politics requires strong adaptation and dynamism, whereby only a cunningly ingenious individual can master its skills precisely, as opposed to how movies usually end where the righteous in society wins. Individuals from different generations adapted to the politics of their respective periods, hence the imbalanced comprehension of order. If justice and ethics prevail, so will the social order and livelihoods of people. If injustice and inequality prevail, so will the people coping with the prerequisites of success. If true democracy was firmly and transparently embedded, the injustice of the modern society would fade.
Injustice is the driver of inequality, and inequality is the driver of poverty.

Poverty is the first result of injustice

Poverty is a primary social issue of the modern world that is usually related to the unequal distribution of wealth on an international scale. However, according to a simulation, it can be resolved with affirming justice on a domestic and international level. Countries with high levels of poverty, usually stemming from unemployment and will government debts, are the ones known to have a higher magnitude of injustice. Injustice is positively correlated with poverty; hence a step towards justice would mean a step towards ending poverty. Such states often have governments’ officials usually use their political power as a means for a financial monopoly. This monopoly directly influences local economic conditions with respect to inaccurate monetary policies and imprecise political order. Given that governments are macroeconomically integrated, whereby genuinely,” this often leads to severe levels of inflation and severe devaluation of the currency, rendering the already low social class people to an even deeper financial abyss. Since CPI is relative to consumer goods, and certain goods or materials needed for the domestic production of goods are usually imported, business expenses increase, and life gets more difficult to sustain by the stakeholders. If the country was self-sufficient, without the excessive interference of international trade for import or export, amidst just leadership, it could steadily flourish. Fixing the errors of injustice firstly requires acknowledgment of its existence and relative social outcomes by the entities responsible for the people’s livelihoods. This allows individuals from all groups to be readily prepared to review and evaluate courses of action that may tackle each and every issue. Secondly, entities need to identify and spread awareness regarding the measurements to be undertaken to resolve all kinds of injustice, whereby all parties to a community get involved and aiding to the step towards prosperous civilization, 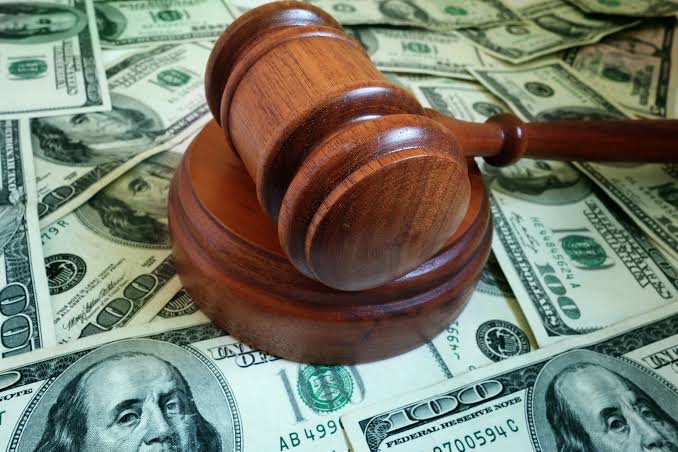 If the world is searching for genuine globalization, equality and ethical oversee should be accommodated. The issue of power-wielding states around the world that move decisions in international organizations according to their command, mostly enforced on third world countries, is an obstacle to local socio-political development. Prior to the era that marked globalization and integration of civilizations centuries ago, countries relied on themselves commercially, agriculturally, and politically, where self-governance and self-learning according to centuries of changing leaderships were more appropriately placed and positioned given the environment and society. According to experts of history cultures, states used to govern themselves as per their cultural teachings. They grew exponentially and adapted through every stage of development, where domestic democracy seemed to grow stronger than today’s international modern transformations.
Economic abnormalities and clandestine control of markets are a result of modern economic unification. If a country recedes economically, its financial problems should be upset and not rippled to neighboring states; yet, as difficult as that may be, a higher level of macroeconomic disintegration from the digital unity with more focus on local sufficiency could be a solution.
According to scientists, the world population is at “dangerous levels” in terms of Earth’s capacity to withhold. All environmental changes such as global warming and climate change are not only a result of increased fossil consumption and pollution but also human desires to expand and take over more lands that are not naturally meant to be attained by man. Injustice by people on nature and green Earth is also a matter that firstly led to cultural decay, extinction of long-lasted values and civilizations, and negative impacts upon the creatures of Earth. The consequence of desires over preservation will lead to more dangerous natural responses geologically. This dispute should find a solution before it is too late.
Justice stems from the order of governance, where if it is genuinely administered, people and nature will prosper.